Sir Keir Starmer has overtaken Boris Johnson as the man voters think would make the best Prime Minister, according to exclusive new research seen by The Mail on Sunday.

The analysis, conducted by former Conservative deputy chairman Lord Ashcroft, will cause alarm in Downing Street as Mr Johnson grapples with the rise in Covid-19 infections, the economic damage caused by lockdown measures, and rebellious Tory backbenchers angered by the restrictions imposed by No 10.

A total of 37 per cent of voters think that Sir Keir would make the best Prime Minister, ahead of Mr Johnson on 30 per cent.

And when asked to choose between the parties under their current leaders, 53 per cent opt for Labour, with 47 per cent for the Conservatives.

A poll conducted by Lord Ashcroft asked voters to choose between Conservatives and Labour under their current leaders – 53% opted for Labour, with 47% choosing the Conservatives 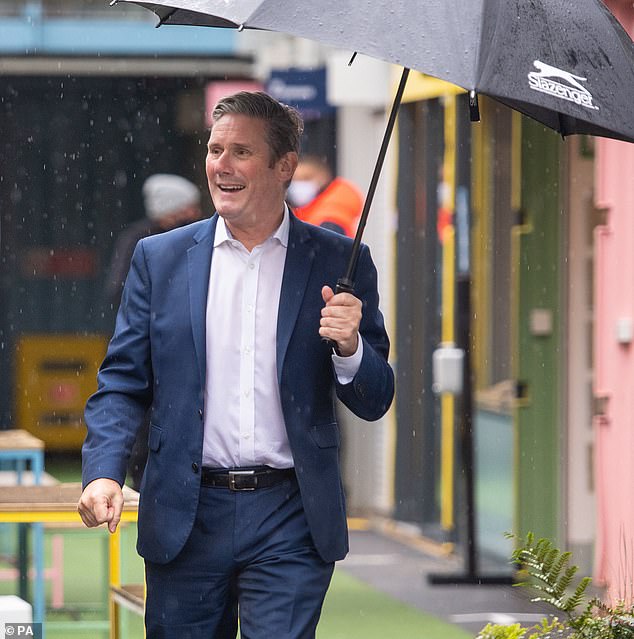 A total of 37 per cent of voters think that Sir Keir would make the best Prime Minister, overtaking Mr Johnson in the poll on 30 per cent

The research also suggests that support for the Tories in ‘Red Wall’ seats where Labour voters switched to the Conservatives in their thousands to hand an 80-seat majority to Mr Johnson last year is also reasonably soft, with 31 per cent saying they would switch back to Labour, while 69 per cent would stick with the Tories.

Voters are split equally between those who think his Government is doing a ‘reasonable job’ and those who think it has ‘handled things badly’, both of which rank at 45 per cent.

But 34 per cent think that a Labour Government would have handled the crisis better, with 22 per cent saying worse.

These findings are reflected in the leading politicians’ personal ratings, with Chancellor Rishi Sunak alone among the London politicians in recording a positive figure – plus 2. Sir Keir is on zero and the Prime Minister is on minus 11.

Lord Ashcroft’s focus groups were complimentary about Mr Sunak, with one participant saying: ‘Rishi has stood out for me. How he addressed the public was quite reassuring. He’s the most confident and competent of all of them.’ 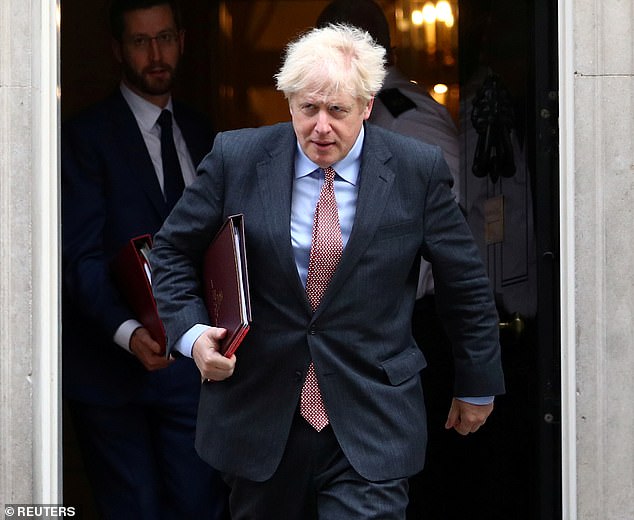 Lord Ashcroft’s analysis found that only 27 per cent believe Mr Johnson is doing a good job, while 21 per cent think he would be a good PM ‘under different circumstances’

Another said: ‘I felt like I was being looked after. I think he’s a star.’

Opinion on Mr Johnson was divided, with some using terms such as ‘indecisive’, ‘overwhelmed’ and ‘flaky’. Others said that he was ‘doing as good a job as he can in these times’ and ‘he’s in a difficult position challenge so we should cut him some slack’.

Lord Ashcroft also detected growing irritation with the 10pm curfew on pubs and restaurants and other measures.

One respondent called it ludicrous, while another said: ‘It’s getting silly now. It’s starting to look like a dictatorship. Stopping people seeing their families, shutting the economy down, it’s getting out of hand. Not even one per cent of the population have got it and most have recovered. It’s blown out of proportion.’

S8,051 adults were interviewed online from September 17 to 20. Data weighted to be representative of all UK adults.