Sir Philip Green’s Arcadia Group empire which owns high street labels such as Topshop, Burton and Dorothy Perkins could face collapse within a matter of days – putting 15,000 jobs at risk.

In what could be the biggest British corporate collapse of the coronavirus pandemic so far, the group is set to appoint administrators from Deloitte as early as next Monday although the plans could still be delayed.

The move, which is said to have come after Sir Philip could not secure an emergency £30million loan to keep the retail giant afloat, puts its 15,000 staff at risk of redundancy, four months after it axed 500 roles in its head office.

The businessman, who bought the London-based high street group for £850million in 2002, had asked lenders for support after lockdown restrictions hammered sales, disrupting crucial trading in the run up to Christmas.

There is expected to be a rush among creditors to secure the company’s assets if its insolvency is formally declared. Sources close to the process confirmed the reports initially on Sky News to the PA news agency.

Susannah Streeter, senior investment and markets analyst at Hargreaves Lansdown, said today: ‘If Arcadia Group is placed into voluntary liquidation, it would be the biggest British corporate collapse of the pandemic so far.’

Sir Philip Green, pictured in Monaco on Tuesday, is said to have been unable to secure an emergency £30million loan 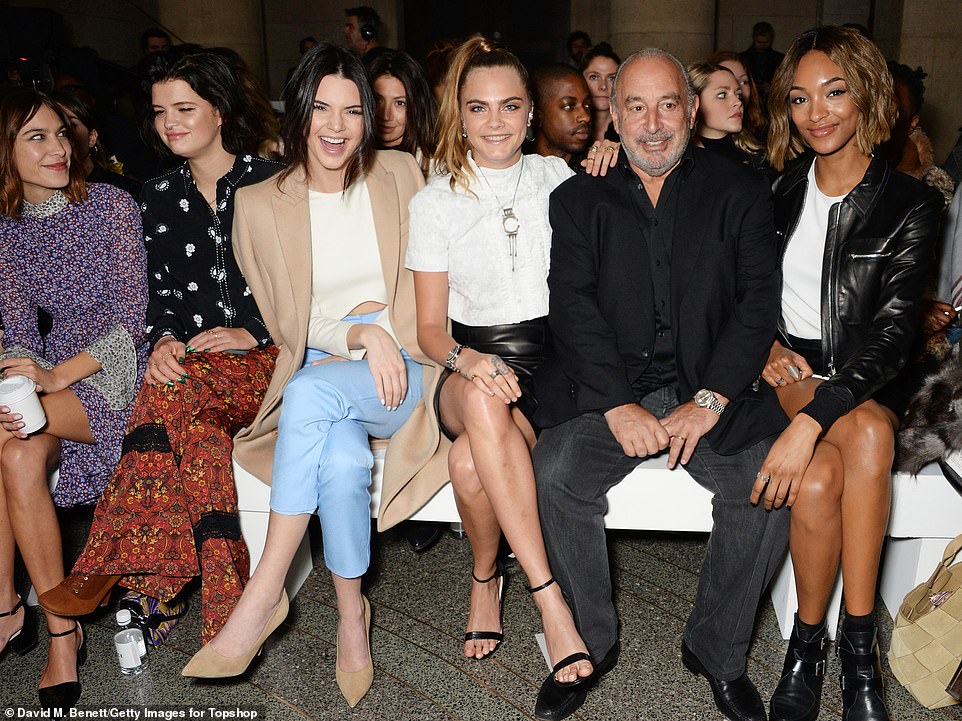 The firm said it had been working on ‘contingency options’ to secure the group’s future, and that it expected its stores to reopen next week when the UK Government’s latest four-week lockdown ends.

England is in the midst of a lockdown due to the pandemic that has forced the closure of all shops selling items deemed to be non-essential. The lockdown expires next Wednesday and shops will be allowed to reopen.

ANALYSIS: Arcadia would be the ‘brightest star of the high street to fall’ 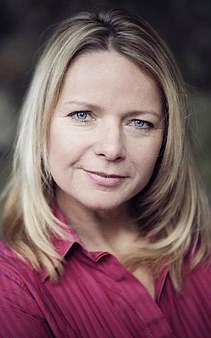 Arcadia was struggling before the pandemic but it still would be the brightest star of the high street to fall.

The group’s Topshop brand used to lead the fashion retail pack, but with online competition so fierce from the likes of Asos and Boohoo, trading had become much tougher.

The pandemic not only accelerated these trends but threw the retail empire into chaos with the forced closures of 550 stores. Tinkering around with rent reductions and the dramatic shrinkage of the business it seems may have been a case of too little, too late.

It will be a major blow for Sir Phillip Green who styled himself as the King of the high street, and who helped fund a retail academy round the corner from the flag ship Oxford Street Top Shop store.

But fashion has been a major retail casualty of the pandemic, with in store sales down by 22 per cent in October. Fresh lockdowns and digital drift are only adding to the pain.

If the brands do survive, it will have to be with a much smaller bricks and mortar footprint and a much bigger presence online. There is likely to be intense interest in the Topshop business in particular, with its fashion credentials and strong customer base, although the Dorothy Perkins and Burton brands may be a much harder sell in the hard to shift mid-market.

A spokesman also admitted that the ‘forced closure of our stores for sustained periods as a result of the Covid-19 pandemic has had a material impact on trading across our businesses.’

The statement added: ‘The brands continue to trade and our stores will be opening again in England and ROI as soon as the Government COVID-19 restrictions are lifted next week.’

Arcadia owns the Topshop, Topman, Dorothy Perkins, Wallis, Miss Selfridge, Evans and Burton brands, trading from over 500 stores up and down the country.

Asked if Sir Philip had contributed to the situation, he said: ‘Yes very much, Topshop was the jewel in the crown and remember he did a deal with private equity a few years ago but that didn’t lead to anything.

‘The rest of the stable, Burton, Topman, and Dorothy Perkins etc are kind of middle men, caught in the middle between the discounters, like Primark, at one end and the online disruptors at the other.

He said such as like Sosander and Nobody’s Child had ‘come into the market and basically eaten its lunch and it’s sadly stuck in the middle in No Man’s Land – and very sad for the 15,000 employees’.

Russ Mould, investment director of AJ Bell, told Sky News: ‘It has underinvested in the online shift and it does have that horribly big pension deficit which has been weighing it down for some considerable period of time and limiting its room for financial manoeuvre.’

He added: ‘Although Topshop is probably just about holding its own the other brands like Dorothy Perkins and Miss Selfridge, I don’t think they have been making money for a very, very long period of time.

‘They really suffered when some of their big concession sites like Debenhams and the big department stores began to go.

‘Again, a combination of events have caught up with Arcadia and it’s been a classic example of how to firms fail first slowly and then ultimately very quickly.’

Asked if this was the end of Sir Philip, he said: ‘I think that’s probably right, I know with a lot of people he’s persona non grata anyway and when you get comedians satirising you in films you probably know your time is fairly close to being up, anyway.’

Online retailer Boohoo is among a number of businesses expected to consider taking on Topshop should it appoint administrators next week as reported. 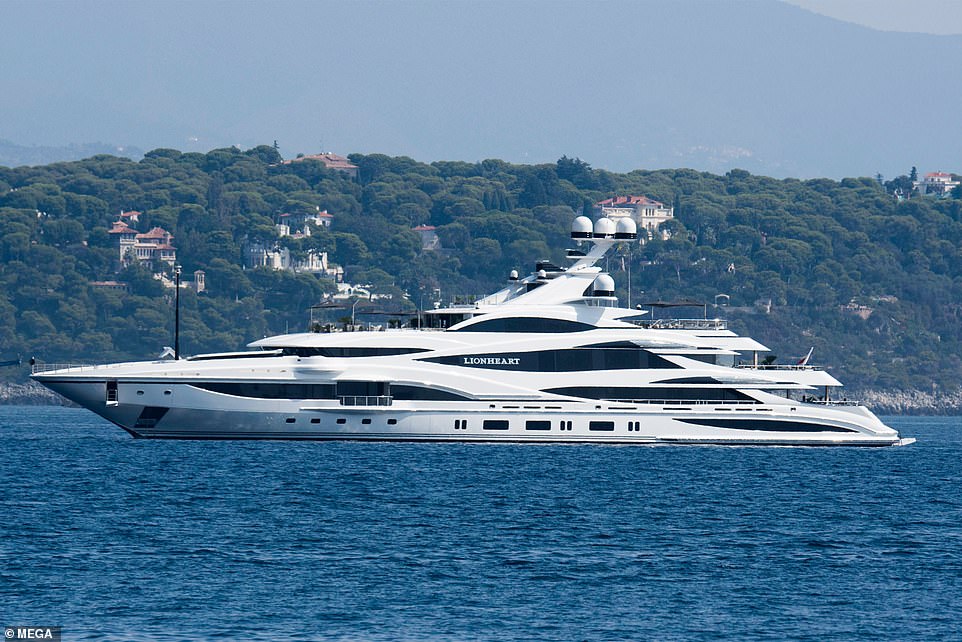 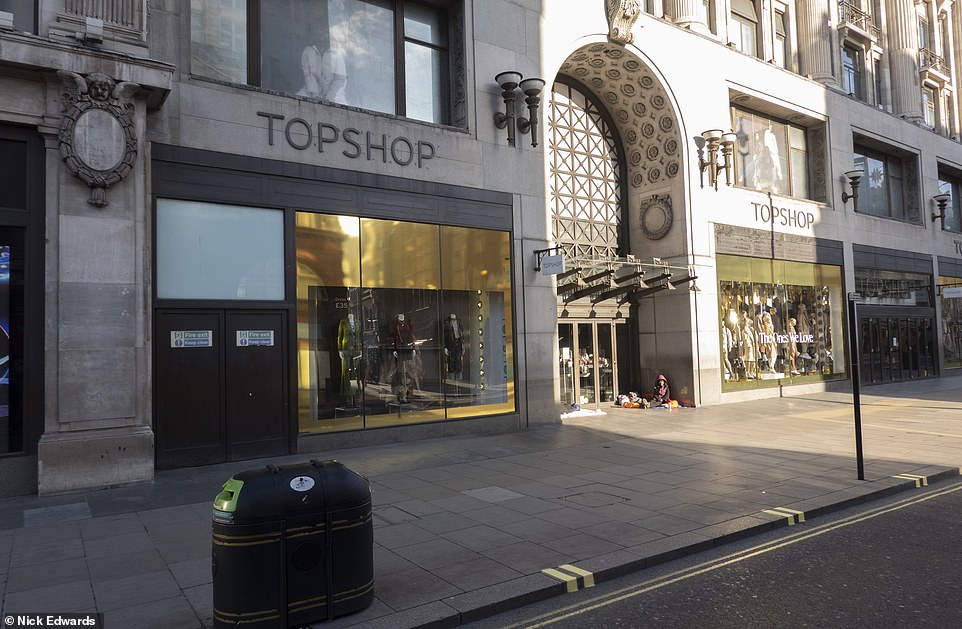 Other brands could be saved by investors or become online-only fashion labels, like Cath Kidston, Oasis and Warehouse. It is understood Sir Philip is unlikely to attempt to repurchase any of Arcadia’s trading operations.

It was reported earlier this month that Arcadia was drawing up plans for administration, but a spokesman for the retail group denied this was the case.

He added the firm was ‘taking all appropriate steps’ to protect itself from the pandemic’s impact.

The Arcadia Group is the latest retailer to have been hammered by the closure of stores in the face of coronavirus, with rivals including Debenhams and Edinburgh Woollen Mill Group all sliding into insolvency since the pandemic struck in March.

Even before the pandemic, bricks and mortar clothing retail in Britain was facing a major structural challenge with the economics of operating stores on traditional leases proving increasingly difficult. 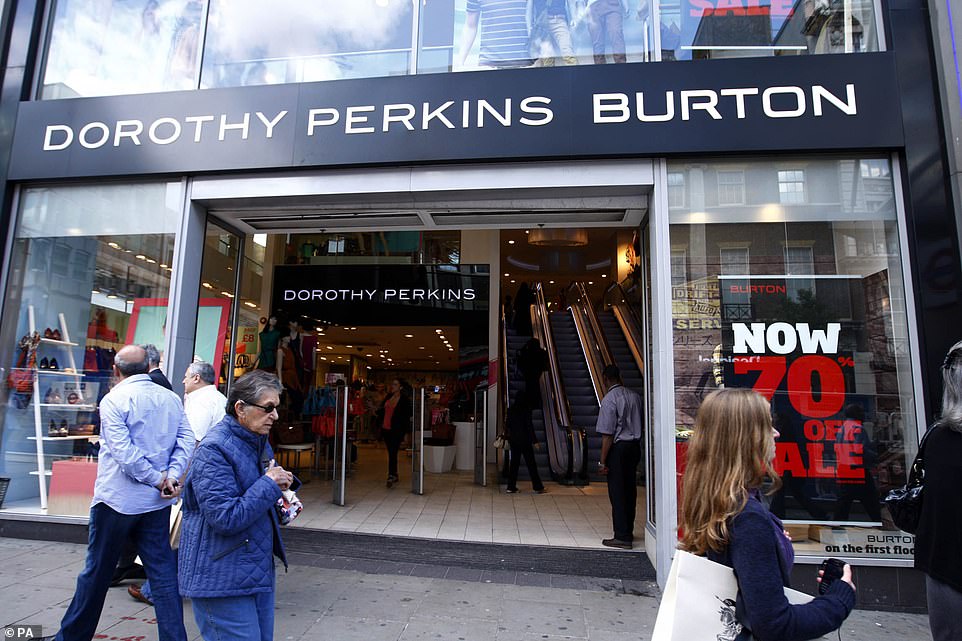 Peacocks and Jaeger fell into administration last week, following that of Oasis, Warehouse and Laura Ashley earlier this year.

The group has more than 500 retail stores across the UK, with the majority of these currently shut as a result of England’s second national lockdown, which will end next week.

Richard Lim, chief Executive of Retail Economics said of Arcadia: ‘Efforts to turn around the business appear to have faltered with the impact of the pandemic too significant a challenge for the once much-loved retailer.

‘Clothing has been that the hardest hit sector with the disruption to the way we live, work and play undermining the need for new outfits for many consumers. However, their demise has been accelerated because of an online proposition that falls way behind that of their competitors.

‘Years of underinvestment in the digital channel has severely restricted their ability to trade successfully through this hugely difficult period.

‘If this business does eventually fail, it will leave gaps across many of our high streets where they have occupied shops for decades.’