Sister, 48, who conned family out of £21,000 claiming she had bowel cancer is convicted of fraud

Ellen Danagher, 48, claimed she had bowel cancer and tricked her sister and two of her brothers into setting about raising £21,000

A woman who conned her family out of thousands of pounds by telling them she needed money for bowel cancer treatment has been found guilty of fraud.

Ellen Danagher, 48, tricked her sister and two of her brothers into raising £21,000 to pay for ‘a new and innovative treatment’ for a condition she never had.

Her sister Kathleen Young, who handed over around £12,000, told a jury at St Albans Crown Court: ‘We just thought we had to get the money for her and we did.

‘We had no reason not to believe her. She’s our sister and we loved her.’

She went on: ‘This is a terrible thing that has happened to our family. I don’t understand why she has done this. She must be very sick mentally.’

Danagher, from Elsons Mews, Welwyn Garden City, was convicted of three counts of fraud by false representation by a jury of six men and six women.

Prosecutor Robin Miric said Danagher had told Mrs Young and her brothers John and Patrick Mullins in 2009 that she had been offered ‘a new and innovative treatment which she thought would be successful in treating her condition.’

To back up her story, Danagher emailed them a letter which purported to be from Professor Martin Gore at The Royal Marsden NHS Foundation Trust.

It began: ‘Dear Ellen, it was a pleasure to meet you on Wednesday and, if positivity was a cure, I would bottle yours.’

The letter went on to say: ‘Stage 1 of her treatment would be at The John Radcliffe Hopsital in Oxford’ and she might be required to be an inpatient for two days.

But in a statement Professor Gore said the hospital had not been able to find any record of Ellen Danagher on the electronic patient system and he said a reference number was ‘too long’ to be a Royal Marsden number. He added the letter did not look right and had not been written in his style. 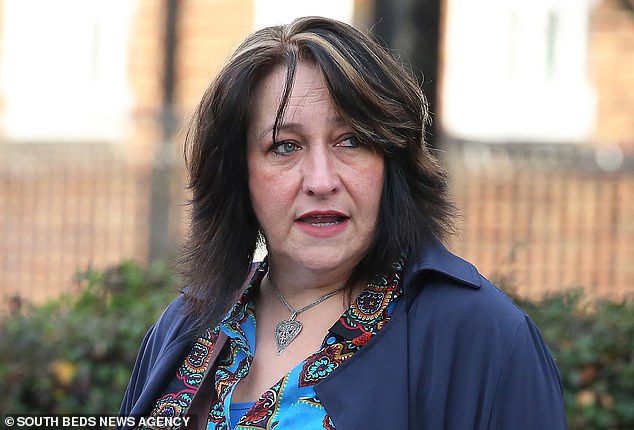 Her sister Kathleen Young (pictured outside St Albans Crown Court today) was one of her three siblings that raised £7,000 to help with her treatment

Mrs Young said that Danagher told the family she had been diagnosed with Lupus in 1999 or 2000 and as a consequence couldn’t have the normal treatment for bowel cancer.

Mrs Young said she continued to give her sister further amounts of money adding: ‘I used to give her £150 per month for organic food to help her. I did that for a number of years.’

Once while on a train she received a text from her sister saying she had three to five years to live. She said: ‘I never questioned her really, I just believed everything.’

Mrs Young said that later she and her husband took out a loan for around £5,000 when her sister approached her once more saying that she needed kidney treatment.

Ironically, Mrs Young was diagnosed with bowel cancer and it was around this time that her sister had stopped paying any money back to her.

By 2014 she began to have doubts about her sister’s story that she had cancer. 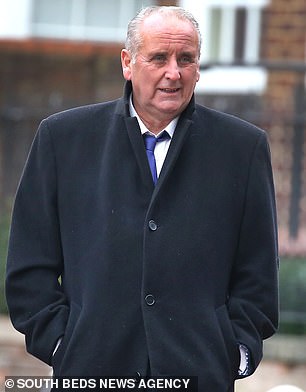 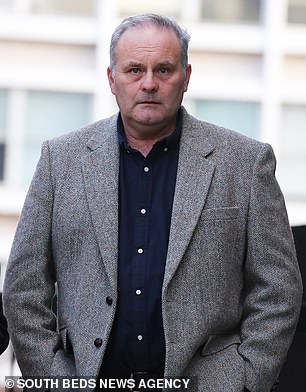 Siblings Patrick (pictured left outside court today) and John Mullins (right) also gave evidence after claiming they were tricked out of donating £7,000 to their sister’s treatment

She said she and her brothers hired a private detective to look into Danagher’s claims.

Patrick Mullins said his wife Susan, who was close to Ellen Danagher, was ‘distraught’ at the thought of her dying.

He said: ‘There was no reason to think that the information that had been given wasn’t correct.’

Mr Mullins said it was in 2015 that he eventually confronted Danagher and she admitted to him that she had lied about her cancer.

‘She accepted it. She said she wasn’t ill. I said ‘Why did you lie to us?’ and she said ‘I did lots of good things, so why pull me up about this?” He said he had not spoken to her since.

Danagher said she did not possess a scrap of paper to back up her claim that she’d ever had the illness, claiming she had burned on a bonfire all the letters detailing her appointments and admissions to the hospital which treated her. 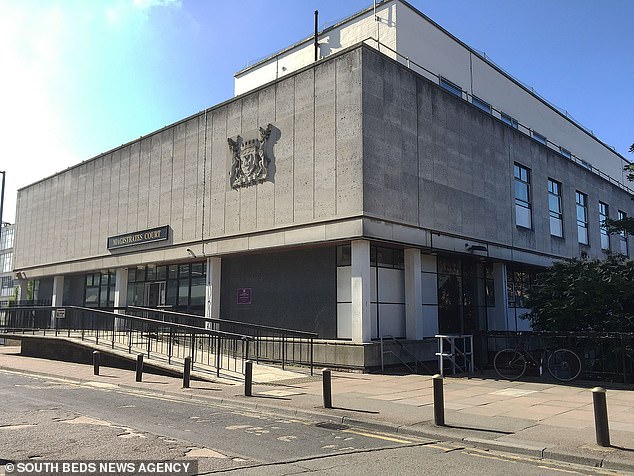 Giving evidence at St Albans Crown Court (pictured) today her sister Mrs Young branded her ‘very sick mentally’ given that she, her brother, father and uncle have all had bowel cancer