Sister, 6, and brother, 5, are BOTH diagnosed with the same rare brain cancer just two weeks apart

Last May, when six-year-old Kalea Avery threw up one morning, her parents assured her she just had a stomach bug.

But the vomiting continued and she began complaining of headaches, so her mother took her to the emergency room near their home in Torrance, California.

Doctors delivered a diagnosis the family had never anticipated: a rare, cancerous tumor growing at the back portion of Kalea’s brain.

After Kalea was admitted to the hospital so surgeons could remove the tumor, her five-year-old brother Noah started experiencing similar symptoms.

An MRI was performed and it revealed that Noah had the same tumor growing in the same area of his brain as his sister.

Doctors are absolutely stunned by what they describe as ‘lightning striking twice’ and believe the siblings may have a genetic condition that predisposes them to have brain cancer. 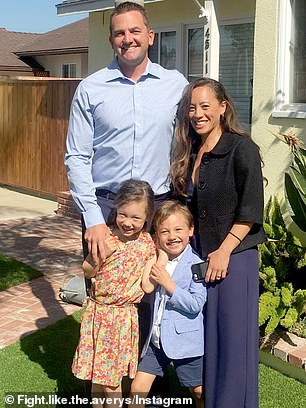 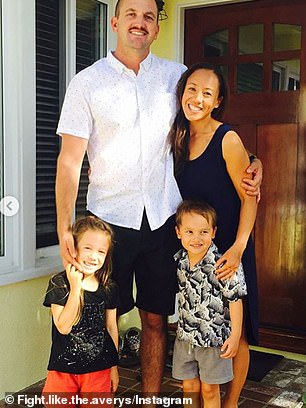 In May, Kalea began vomiting, which was soon coupled with headaches. A few weeks later she was diagnosed with an aggressive brain tumor known as medulloblastoma. Pictured, left and right: Dad Duncan, Mom Nohea, six-year-old Kalea and five-year-old Noah

The siblings’ father, Duncan, told The Los Angeles Times that when Noah first started saying his head hurt, he and his wife thought he was copying his older sister.

But then his gait started being off balance, he vomited in the mornings and his headaches lasted for days.

In June 21, exactly two weeks after Kalea was diagnosed with medulloblastoma, Noah received the same diagnosis.

Medulloblastoma is a fast-growing, high-grade tumor.

Approximately 70 percent of all cases occur in children under age 10.

Treatment consists of surgical removal of the tumor followed by radiation, and then chemotherapy

Five-year survival rate, or what percent of children live at least five years after the cancer is found:

‘[My wife and I] broke down in tears,’ Duncan told the newspaper. ‘How could two kids in 14 days have the exact same tumor? How does that happen?’

Medulloblastoma is a fast-growing and high-grade brain tumor.

Between 250 and 500 US children are diagnosed with the cancer every year, according to St Jude Children’s Research Hospital.

Approximately 70 percent of all cases are found in children under age 10.

Treatment consists of surgical removal of the tumor followed by radiation, and then chemotherapy.

According to the Instagram page Fight Like The Averys, Noah had surgery scheduled for June 25 for a tumor that was even bigger than Kalea’s.

Doctors said it might be the reason he was titling when he walked prior to being diagnosed but his sister didn’t.

‘When I watched Noah walk down the hall, my heart dropped,’ pediatrician Dr Lauren Nguyen told the Los Angeles Times.

‘But, of course, could lightning strike twice? It’s very unusual. It could be random, but probably not.’ 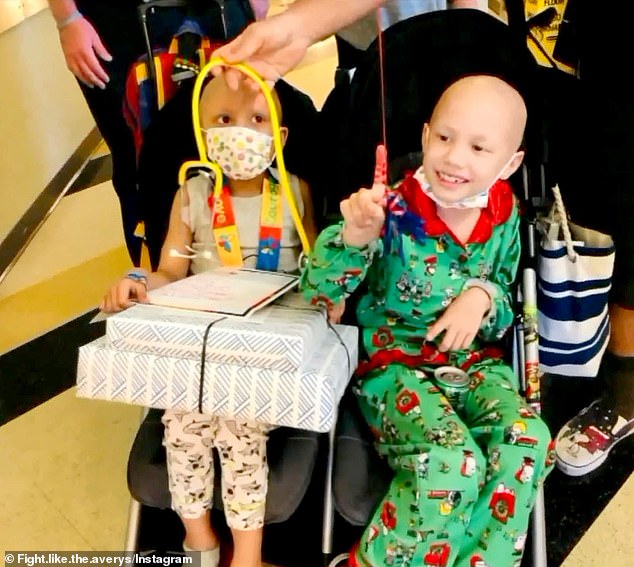 While Kalea (left) was hospitalized so surgeons could remove the tumor, Noah (right) began experiencing the same symptoms. Two weeks later, he received the same diagnosis 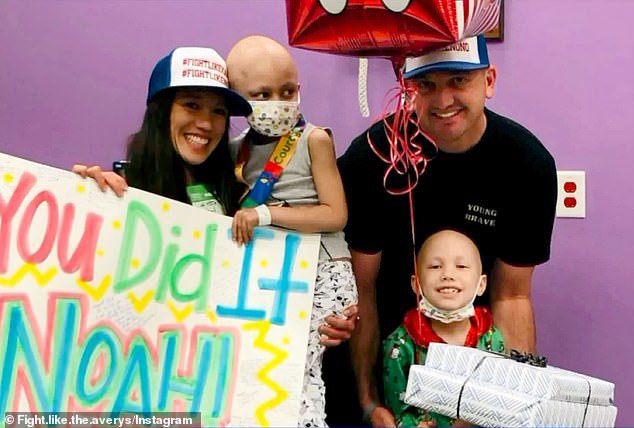 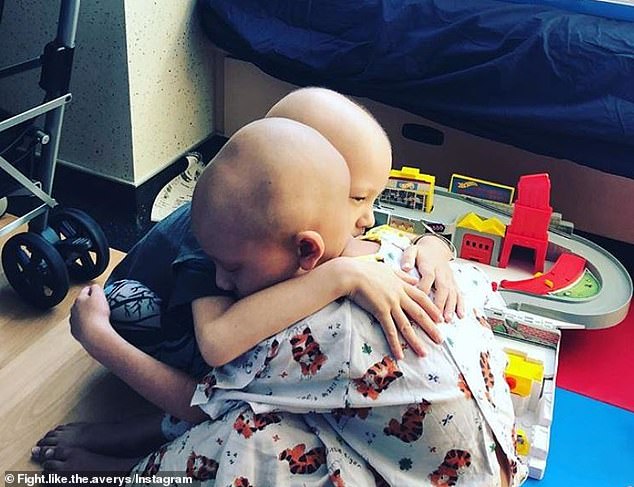 While there have been reports of siblings developing the same kind of cancer, it’s rarely occurred at the same time.

Neither their parents nor their doctors believe the pair developed the cancer from environmental factors and believe it comes down to genetics.

The Averys are now undergoing genetic testing to find if their susceptibility to medulloblastoma is hereditary.

According to the American Society of Clinical Oncology, there are three genetic conditions that could be linked to a higher risk of developing medulloblastoma.

One is Nevoid Basal Cell Carcinoma Syndrome, a genetic condition in which the risk of having multiple basal cell skin cancers can be passed down from generation to generation.

Another is Turcot syndrome, a rare, inherited disorder in which multiple benign masses are found in the mucous lining of the gastrointestinal tract and increases the risk of colorectal cancer and brain cancer.

There is also having a mutation in the BRCA1 gene, which has been linked to a risk in breast and ovarian cancer.

Noah and Kalea have received different courses of treatment at Children’s Hospital Los Angeles due to their ages, reported KTLA.

Because Noah was diagnosed at age four, he received six months of high-dose chemotherapy and is currently in remission.

Meanwhile, Kalea underwent six weeks of radiation and is month seven of 11 of chemotherapy.