Sister Jean Delores Schmidt, the team chaplain for NCAA Men’s Basketball Tournament Cinderella Loyola-Chicago, now has something in common with the team’s players: The school can license her image.

Sister Jean, as she has been known throughout the 11th-seeded Ramblers’ improbable march to next weekend’s Final 4 in San Antonio, succumbed to overwhelming demand and agreed to let her name and image be used by the school’s athletic department, according to ESPN.

‘We weren’t going to do anything until she gave her blessing,’ said senior associate athletic director Tom Sorboro.

And like the players, who cruised to their easiest win of the tournament on Saturday – a 78-62 win over ninth-seeded Kansas State in the South Regional Final – Sister Jean won’t be receiving any monetary compensation for use of her name or likeness.

‘She didn’t ask for anything for herself,’ Sorboro said of the 98-year-old nun.

The school has reportedly approved more than 25 Sister Jean T-Shirts from several different companies. One shirt has a quote from her – ‘Worship. Work And Win.’ – while others feature her face with the school’s logo. 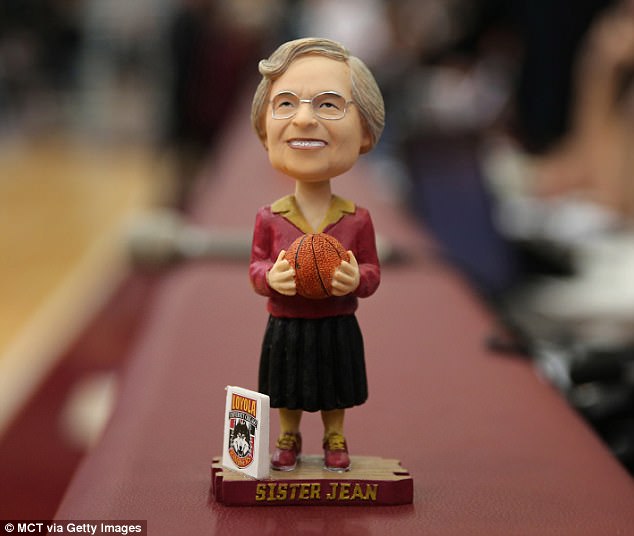 A bobblehead made in Sister Jean’s image back in 2011 and 2015 is being reproduced. Proceeds from bobblehead sales will go to the Sisters of Charity of the Blessed Virgin Mary 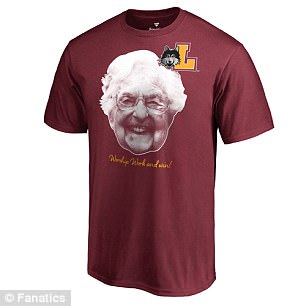 The school has reportedly approved more than 25 Sister Jean T-Shirts from several different companies. One shirt has a quote from her – ‘Worship. Work And Win.’ – while others feature her face with the school’s logo. Proceeds will go to the school’s athletic fund 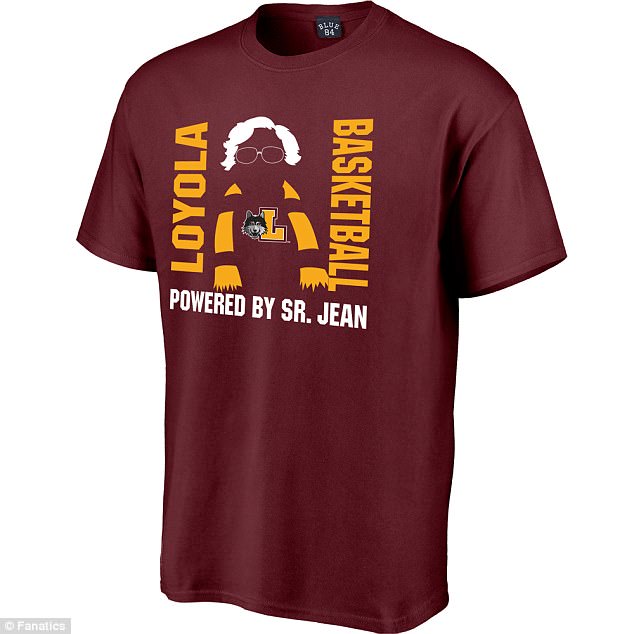 There has been unlicensed apparel with her image, including a shirt that used the ‘And1’ logo, but altered slightly to read ‘AndNun.’

The school previously released Sister Jean bobbleheads back in 2011, and reproduced the bobblehead in 2015, but that was before Loyola-Chicago’s re-emergence on the national basketball consciousness.

But because of the Ramblers’ recent success, a re-release of Sister Jean’s bobblehead has already sold 5,000 units. (One of the previous productions of that bobblehead is being offered on Ebay for $379.99, plus an additional $11.99 for shipping and handling).

‘Licensing rules prohibit the sale of bobbleheads of college players,’ said, Phil Sklar, who created his own bobblehead hall of fame. ‘But Sister Jean’s bobblehead really represents the entire team, school and the Loyola-Chicago community.’

The licensing royalties for everything besides the bobbleheads will go to the Loyola Athletic Fund, which supports the school’s athletic department.

The bobblehead proceeds will go to Sister Jean’s Sisters of Charity of the Blessed Virgin Mary.

One sock maker, Rock ‘Em Apparel, asked to make their own Sister Jean pair, which are already for sale online and will be available at the school’s book store by week’s end. 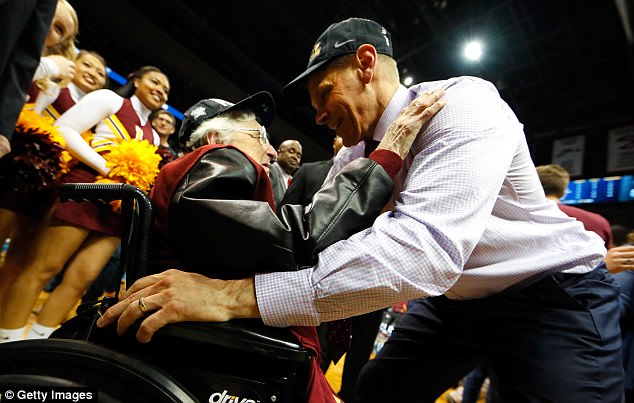 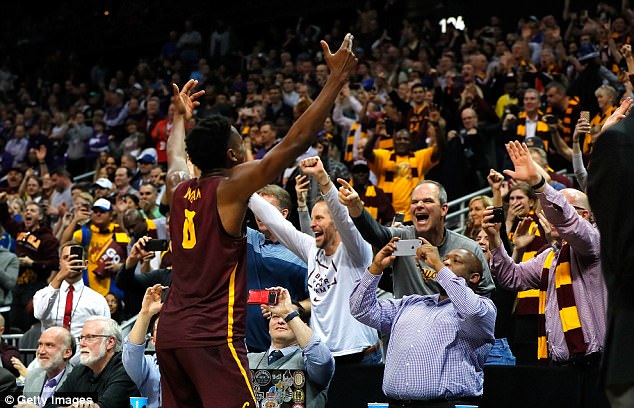 ‘Usually it’s an athlete or coach that captivates the attention of the sports world,’ said Steve Rollins, the senior vice president for the company told ESPN. ‘She brought Loyola’s tournament run to the next level by letting the world see her passion for her team. Everyone wants to wear something with her image on it for good luck.’

According to media tracking company Apex Marketing Group, Sister Jean really has been the story of the tournament. Over the last two weeks, Sister Jean stories have outpaced those written about coach Bill Self of the Final 4-bound Kansas Jayhawks, 20,526 to 9,727.

‘Sister Jean has risen to the top of the sports world by becoming a ‘must see’ and ‘must mention’ for sports commentators and news organizations,’ Apex’s Eric Smallwood said.

According to Sorboro, Sister Jean is ‘the most famous religious licensing icon since the pope.’

Loyola-Chicago will face the West’s third seed, Michigan, on Saturday night in San Antonio with the winner advancing to the NCAA Tournament Final. 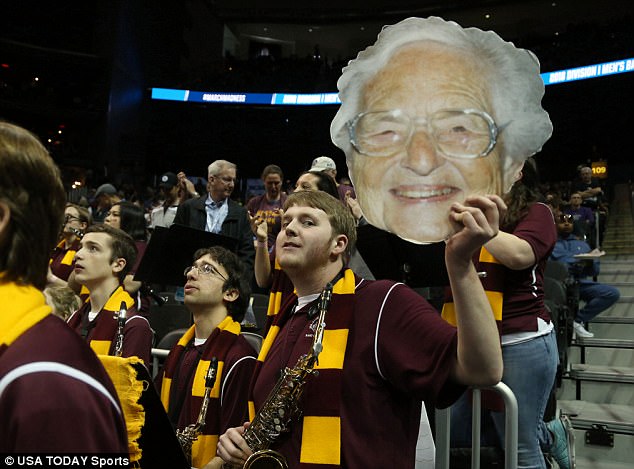 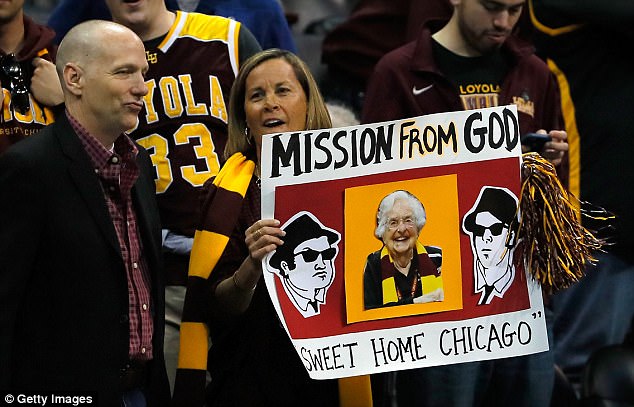