Sister of Manchester bombing victim gets eleven A* GCSEs

The sister of a Coronation Street superfan murdered in the Manchester bombing today learned she had A* GCSEs having sat an exam days after he was killed.

Nikita Murray, 16, was told by her school they would accept her predicted grades after the death of her brother Martyn in May but she still wanted to take all 11.

Her extraordinary story was today revealed by her older brother Dan, who says he hopes her determination will ‘inspire’ others.

Martyn, a 29-year-old PR manager, was one of 22 people killed when suicide bomber Salman Abedi detonated a device as crowds left an Ariana Grande concert.

Brave: Nikita Murray, 16, was told by her school they would accept her predicted grades after the death of her brother Martyn (pictured together) in May but she still wanted to take all 11 GCSEs and got all A*s 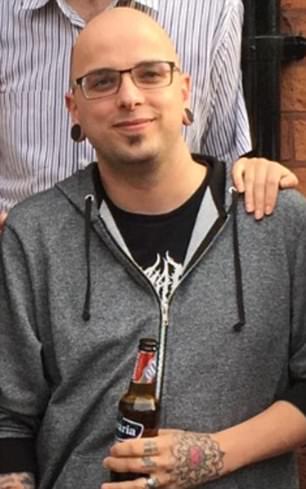 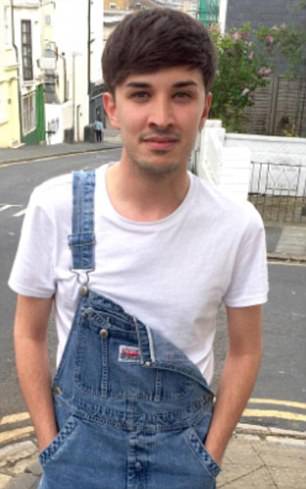 Her extraordinary story was today revealed by her older brother Dan, who says he hopes her determination having lost her brother (right) will ‘inspire’ others

Describing what happened to his sister afterwards Dan Hett said in a series of tweets: ‘My little sister Nik is an actual hero. skip back to the literal day after we found out about Martyn being killed.

‘We were obviously completely numb, fried, drained. we’d been through something absolutely unreal and were all trying to figure it out

‘I came downstairs, and Nik was sat on the stairs in full school uniform, tying her shoes. I couldn’t understand why. I didn’t even know what day it was at that point, it had been such a horrific few days.

‘She was putting her shoes on so she could go and sit a bunch of GCSE’s. I was utterly amazed, floored.

‘They told her she didn’t need to, that they’d use her predicted grades given everything that happened. Nik said: nope! and took the lot

‘Under the most horrific conditions, after going through (and continuing to go through) it all, she didn’t skip a beat.

‘It was hands-down the toughest s*** I have ever seen. Sleeves rolled up, get it done. Nothing wasted despite it all

‘She got her results today. Eleven A* grades. I have never been more proud or amazed by anyone. In conclusion: my kid sister is the toughest person I have ever met. Don’t mess with her. Be inspired!’

Nikita’s success emerged in an incredible tribute from her brother Dan – who said simply: ‘Don’t mess with her’

The 29-year-old PR manager and Coronation Street superfan, was one of 22 people killed when suicide bomber Salman Abedi detonated a device as crowds left an Ariana Grande concert.

Mr Hett, who hit the headlines after getting a tattoo of character Deirdre Barlow, played by Anne Kirkbride, regularly talked about his love for the show on his social media pages.

Martyn’s mother this week said ‘the tears are never far away’ following his death.

Figen Murray, who had been a therapist for more than 20 years, told the BBC she has been unable to work following the attack.

Speaking three months on from the atrocity, Ms Murray said: ‘The tears are never far away really.

‘Suddenly you catch yourself thinking ‘Oh my gosh, Martyn would have loved this – oh, it’s a shame he isn’t there’.’

Ms Murray said she is ‘damaged’ by the events of May 22 and, while she has now decided to seek mental health support, she feels she will never be able to return to work as a therapist.

She said: ‘I don’t think with what happened to me that I’ll ever be in a position to offer psychological support to anybody else because I think I’m so damaged through this.’

Martyn was laid to rest in June during a ‘theatrical’ service which was attended by some of the soap’s cast.

Corrie stars Kym Marsh, Jennie McAlpine, Helen Worth and Antony Cotton met with his family, friends and fans at Stockport Town Hall to celebrate his life.

Pop star Mariah Carey, who Mr Hett was a huge fan of, also recorded a video message for him, which was played during the service. 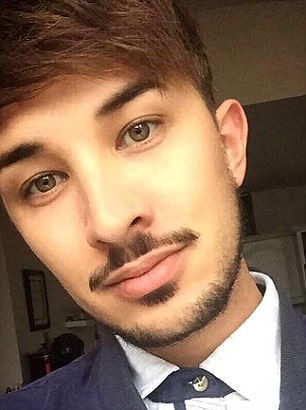 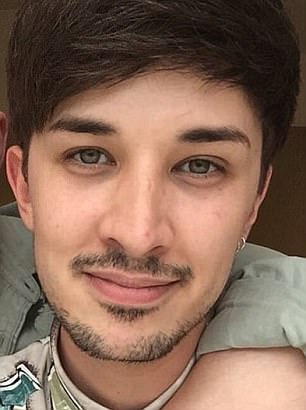 Mr Hett hit the headlines after getting a tattoo of character Deirdre Barlow, played by Anne Kirkbride, and regularly talked about his love for the show on his social media pages

He was laid to rest in a coffin adorned with the faces of his soap heroes, as well as his cat, Emily Bishop.

It arrived at the service in a horse-drawn carriage and was greeted by a minute’s applause before it entered the building to the tune of Beautiful by Mariah Carey.