A sister has won a £2m inheritance fight after her dead brother’s will – lost for two decades – was discovered when a cat knocked over a pile of papers in a solicitor’s office.

Dean Brunt, his brother Dale, and sister Venetia Murray, 36, had between them owned £6m Ettridge Farm, Hertfordshire, which they had inherited from their grandfather, until Dean’s death, aged 35, in a railway accident in 2007.

Dean was thought to have died without making a will, so his £2 million share of the farm went to his 82-year-old mother, Marlene Brunt, who in turn handed it to her eldest child, Dale, 40.

But after Venetia discovered the existence of two wills made by her brother in 1999, a family feud was sparked, with Venetia and her uncle Bob Wrangle up against Dale and the siblings’ mum.

One of the wills – which lawyers said formed ‘crucial evidence’ of Dean’s intention to give his sister half his wealth – was unearthed when a solicitor’s cat knocked over a pile of papers which were about to be shredded. 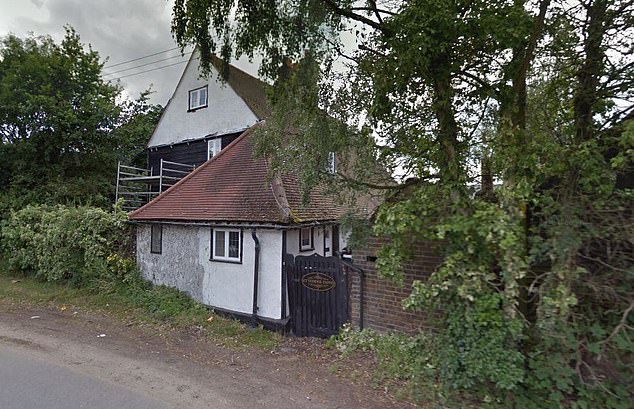 Ms Murray was initially left a one-third share of the farm in Broxbourne, Hertfordshire, pictured, along with her two brothers. When her brother died, his share passed to their mother who gave it to her brother as Dean’s will was missing

At the High Court in London, Judge Paul Teverson this week rejected claims by Dale and his mother that the wills were forged, and ruled that Venetia will get half of Dean’s share of the farm.

The court heard that the three siblings inherited the farm, at Broxbourne, from their grandfather Arthur Nicholls, who had bought it with his earnings as a prize fighter, and died in 1990.

Arthur was Dean’s ‘hero’ and it was his grandfather who persuaded him to train as mechanic. Dean’s own father, a jockey and racehorse trainer, played no part in his upbringing, the judge said.

Dean, who the judge said was the ‘gentler’ of the two brothers, had been starved of oxygen at birth and was thought to have suffered from learning difficulties and mental health issues in later life.

A coroner returned an accidental death verdict after his body was found on a railway line near Sawbridgeworth, Hertfordshire, in 2007. He had stepped in front of a train.

Following his death, his mum Marlene obtained ‘letters of administration’ over his estate on the basis that he had died an ‘intestate batchelor’, without having made a valid will and with no children of his own.

She inherited his share of the farm and passed on that share to Dale, meaning he then owned two thirds of the land and business, which is estimated to be worth £6m, and Venetia the rest. 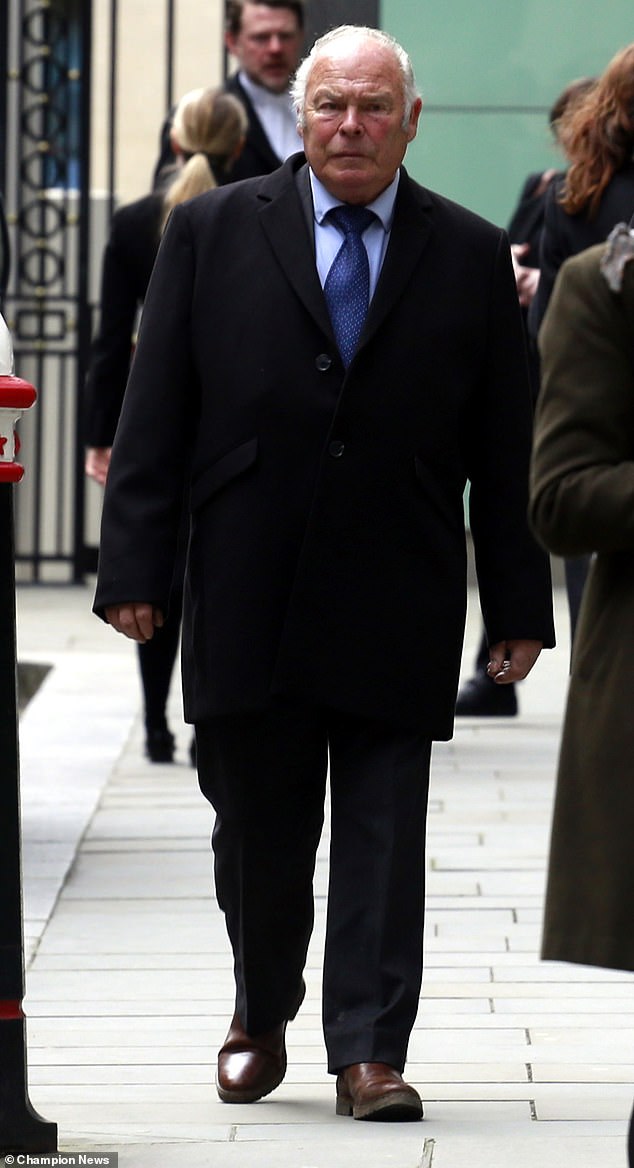 Ms Murray’s uncle Bob Wrangle, pictured, supported her in her claim for the share of £2 million in opposition to her brother and mother

But the family fell out, with Venetia, who lives in a house on the family land, accusing her brother Dale of ‘bullying her’ out of running the business and treating their 80-year-old uncle Winston ‘Bob’ Wrangle badly by trying to force him from his home, which is also on the farm.

Venetia told the court she had assumed that, after Dean’s death, she and Dale were joint owners of the farm and business partnership.

And she was shocked when, nearly a decade later, her mum revealed that it was she who inherited Dean’s share because he had not made a will, and then given it all to Dale.

Then in 2018, Dean’s former legal adviser Howard Day discovered what he said was Dean’s final will among his files, which backed Venetia’s claim to half the £2m.

Mr Wrangle, who helped bring up Venetia and was close to the family, took the case to court after the discovery of the will signed on Dean’s behalf by Mr Day.

Dale and Marlene claimed that document was a forgery, made after Dean’s death, and Mr Day died last year before the issue could be settled.

But the court heard that in February this year a second will in the same terms was dramatically discovered by a solicitor’s cat among a pile of Mr Day’s documents waiting to be shredded.

Barrister Duncan Macpherson, for Mr Wrangle, told how the ‘crucial’ second will was discovered following Mr Day’s death and only weeks before the case was due in court.

Papers relating to disputes within the family had been sent from Mr Day’s office to the office of Mr Wrangle’s solicitor, Katy Sillett, in London.

Mrs Sillett was organising the papers and had piled up un-needed duplicate copies ready to be destroyed, Mr Macpherson told the judge.

‘Her cat knocked over the papers for shredding,’ he continued.

‘When Mrs Sillett picked them up, she realised that what she believed was a duplicate will was in fact an original.’

Mr Macpherson said it was agreed that the second will was written at the same time as the first and so it was ‘crucial evidence in support of the authenticity of both.’

It had a more steady-handed signature than the other document, which weakened Dale and his mum’s claim that they were forgeries.

Under the two identical wills, Dale and Venetia would share Dean’s £2m slice of the farm, rather than Dale taking it all as he ultimately would if his brother had died intestate.

However, Dale and his mum claimed that the documents, both dated 1999, were not valid and that they suspected they had actually been made years later after Dean’s death.

Mr Day had signed the wills on Dean’s behalf, the court was told, but the signature on the first document to be found was unsteady. That suggested that it had been signed years later when Mr Day was less firm.

Although experts said there was evidence both may have been written later, the signature on the second document found by the cat was more steady-handed and more similar to examples of Mr Day’s signature of the late 1990s.

Ruling in favour of the wills, Judge Teverson said there was a ‘substantial amount of evidence’ that Dean had talked in the late 1990s about having made a will.

He had told friends he had done what his grandfather would have wanted, leaving his share of the farm to his brother and sister, with his mum getting nothing.

And the judge rejected the suggestions that Mr Day’s notes of the time when the wills were made were part of an ‘elaborate fraud.’

The judge said he had no doubt but that Mr Wrangle ‘genuinely believes’ Dean left behind a will and said Venetia was an ‘impressive witness’ who had been ‘genuinely shocked’ to learn she had not inherited Dean’s share of the farm.

‘I do not think she would for one moment associate herself with a fraudulent claim,’ he said.

However, Dale appeared to be ‘intent principally on arguing his and Marlene’s case’ and his mother was a ‘most unimpressive witness,’ he continued.

She and Dale had deliberately kept Venetia and Mr Wrangle in the dark about Dean having ‘died intestate’ and his share having gone to Dale, he found.

‘I heard and saw Marlene give evidence. She denied ever having seen the will when a copy of it was shown to her. Her evidence then shifted to saying that the document was Howard’s will and not Dean’s will.

‘The court must have sympathy for and respect her grief at the loss of her son. That cannot however justify concealing from her family apart from Dale that Dean’s estate was being administered under intestacy, which I find that she did.’

He said the most likely explanation was that Marlene knew there was a will, but chose not to reveal it after her son’s death because she thought it was ‘not Dean’s will but a will done by Howard Day.’

‘I am satisfied on the evidence before me that the will was signed in Dean’s presence and at his direction and that the witnesses understood that Dean was wanting Howard Day to sign on his behalf,’ he added.

‘Looking at the totality of the evidence before the court, I am satisfied Dean had understood what was in the will and did approve its contents.’

Dean’s estate will now be divided under the terms of the 1999 wills, which split his share of the farm equally between Dean and Venetia.

However, Mr Wrangle will receive Dean’s one-third share of a house on the land, which he said had been promised to him and his late wife, the siblings’ aunt Valerie.

The judge also removed Marlene as executor of Dean’s estate and appointed an independent solicitor.