The sisters of a barbershop assassin laughed in court as they watched their bloodied brother swear while talking about the stabbing murder with police.

Alfredo Isho was seated and gowned at Classico Hair Studio in Bossley Park, in Sydney’s west, on January 11 2019, when Fredon Laith Botrus burst through the door.

Having circled the block on a motorbike four times to identify his target, the then 18-year-old was still wearing a helmet when he fatally punctured his victim’s artery and right lung.

The trial in the NSW Supreme Court ended in a 20-year jail sentence on Tuesday, but on Wednesday it was revealed the killer’s sisters Valnten and Valy Botrus could not stop laughing in court as a video of their bloodied brother played. 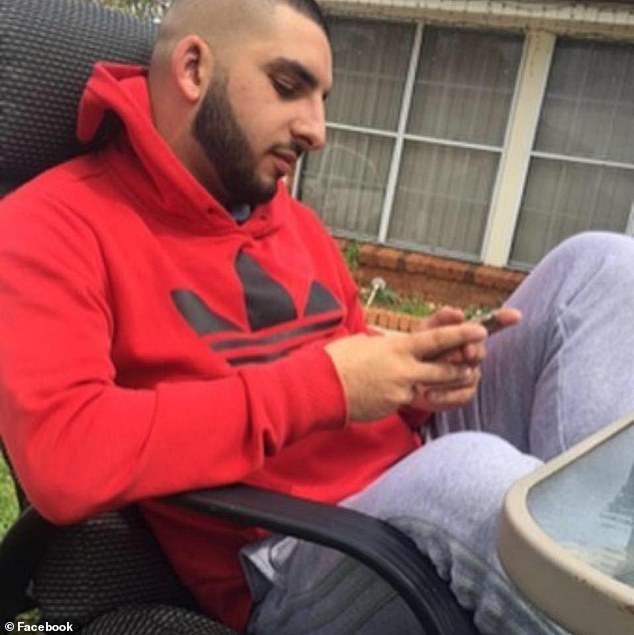 Pictured: Alfredo Isho who was sitting in a barber when he was viciously stabbed and killed

Upon realising the siblings were giggling during the trial in September 2020, solicitor Alen Sahinovic tried to subtly tell them their behaviour was not appropriate.

When that didn’t work, he texted the pair during court proceedings: ‘Please stop laughing, it’s a very bad look.’

‘We are in a murder trial.’

Half the members of the jury appeared to notice the laughter, with two or three shooting the women a look of ‘clear disgust,’ Mr Sahinovic noted, according to ABC.

One of the sisters replied to the message to apologise, to which the solicitor replied: ‘That was a disaster.’ 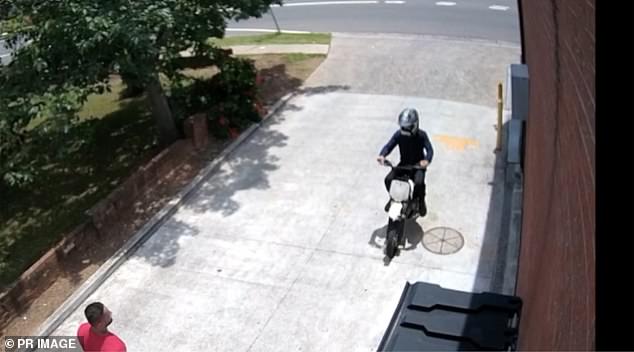 Botros circled the block on a motorbike four times (pictured) to identify his target, who was seated and gowned in a barbershop 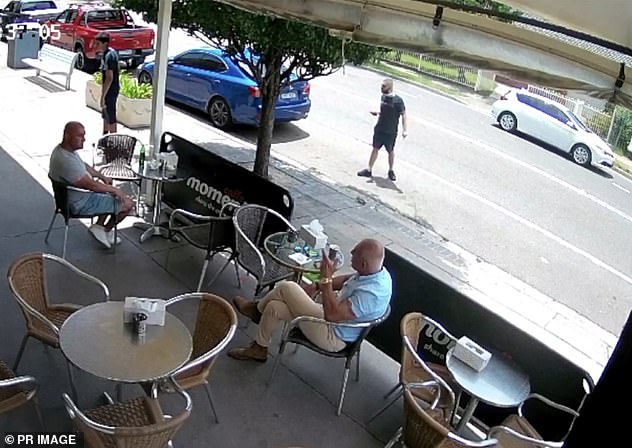 Pictured: CCTV footage of Alfredo Isho (upper right) moments after he was stabbed in the chest while having his hair cut in a Bossley Park barbershop on January 11, 2019. He died later that day

The defence team made an application to have the entire jury discharged on the grounds that jurors could decide the killer’s family did not take murder seriously, potentially harming his case.

But the Crown opposed the motion, claiming jury members were engaged and attentive throughout proceedings.

Mr Sahinovic later visited his client in jail, where Botrus broke down and said, ‘that’s why I told them not to come’.

Jurors were told to cast observations from the court room from their minds because it was not part of the evidence presented. 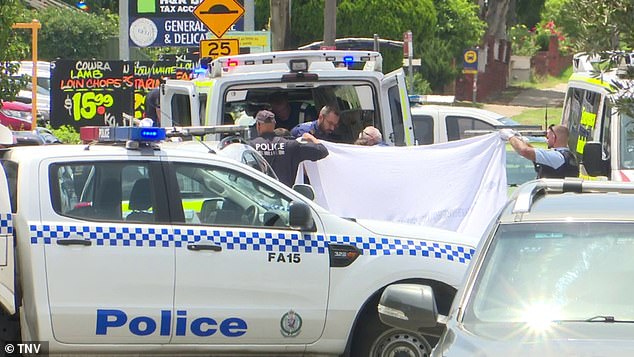 Pictured: The crime scene in Bossley park after Mr Isho was fatally stabbed in a hairdresser 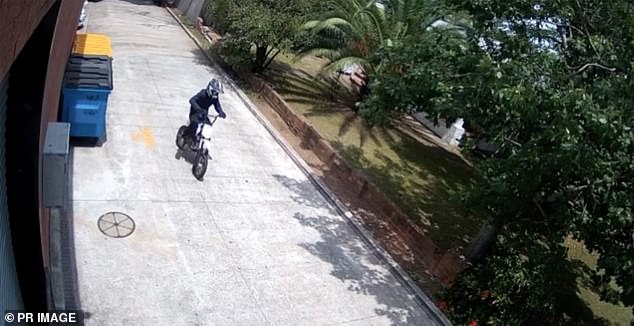 Mr Sahinovic later visited his client in jail, where Botrus (pictured) broke down and said, ‘that’s why I told them not to come’

The court had no evidence of any remorse, motive or animosity between the two men before the murder.

‘It must be found the deceased had no warning of the attack and was unable to defend himself,’ Justice Walton said.

Mr Isho’s family had earlier told the court their kind, gentle and smart Alfredo had never been in trouble nor said anything bad about anyone.

‘The longest walk you will ever take is the one down the road of grief,’ his mother, Khalida Thom, said at his sentencing hearing in February.

Botrus denied being the disguised attacker from the moment he was arrested wearing a jumper covered in Mr Isho’s blood on the day of the fatal attack. 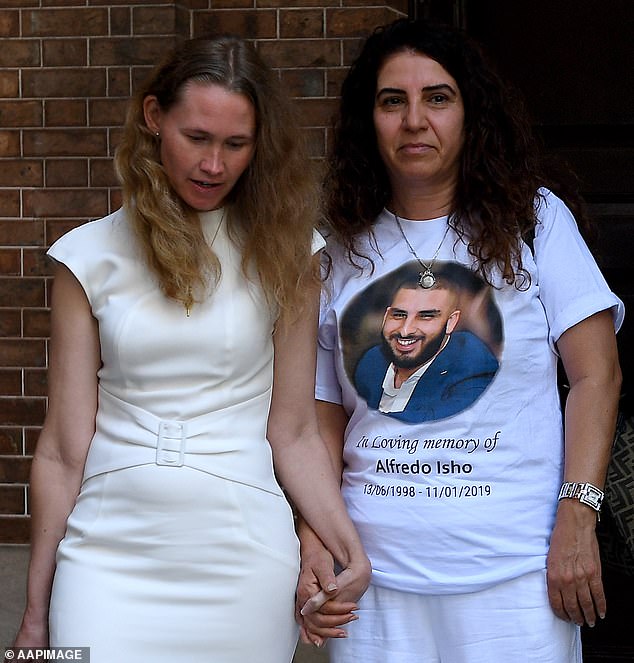 He also denied being the person behind the wickr account ‘YoCatchMe’, which received a message before the stabbing about the barbershop.

Using a mix of Arabic, English and emoji, the message said in effect: ‘Yo brother there’s a dog at the hairdresser’s.’

After the stabbing, the account replied by saying ‘I went and (sh)anked him’ and ‘is that bad’.

Consistent with the jury’s verdict in September, finding Botrus guilty of murder, Justice Walton found Botrus was behind the message.

But Botrus’s dysfunctional childhood, which included being kidnapped in his native Iraq and dealing with the more recent suicide of a brother in Australia,  reduced his moral culpability, the judge found.

‘Whilst the offending was not spontaneous, there was evidence of limited planning without long premeditation,’ Justice Walton said.

Botrus will be eligible for parole in January 2033.