Sitter who fed Xanax to toddler who later died gets prison

Summer Shalodi, 32, has been sentenced to 22 years in jail. She pleaded guilty to involuntary manslaughter, corrupting another with drugs and tampering with evidence

An Ohio woman has been sentenced to 22 years in prison for the death of a toddler to whom she gave the anti-anxiety drug Xanax and left alone to shop and to meet a friend at the movies.

Shalodi, of Westlake, Ohio, pleaded guilty to involuntary manslaughter instead of murder in a plea deal. Shalodi also pleaded guilty to endangering children, corrupting another with drugs and tampering with evidence.

‘I can only offer my apology now and say that if I could fix this I would. I think about it all the time, every single day, all the time. I am so ashamed,’ Shalodi told the court.

‘Summer’s selfish actions killed my baby,’ Nadia Gibbons, the toddler’s mother, who is form Cleveland, said. ‘I have started to rebuild but my life is filled with anger.’ 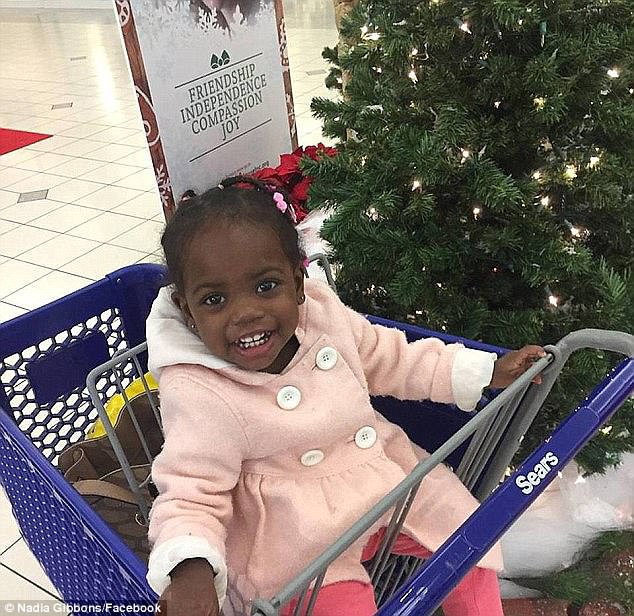 Shalodi gave 17-month-old Nadia Gibbons (pictured) a Xanax while babysitting the toddler in December 2015. Shalodi then left the home for nearly six hours and found Nadia unresponsive upon her return. Shalodi shook the toddler and immersed her in hot water in a failed attempt to revive her

Prosecutor Laura Dezort and Gibbons hugged after the sentencing announcement, The Chronicle reports.

A prosecutor said Shalodi found Nadia unresponsive when she finally returned to the home in Lorain County and, instead of immediately calling 911 for help, shook the toddler and immersed her in hot water in a failed attempt to revive her.

Shalodi had gone out to purchase wine, see a movie and go to Walmart, Dezort said. The prosecutor noted that Shalodi left the house around 8.45pm and returned at 2.30am. 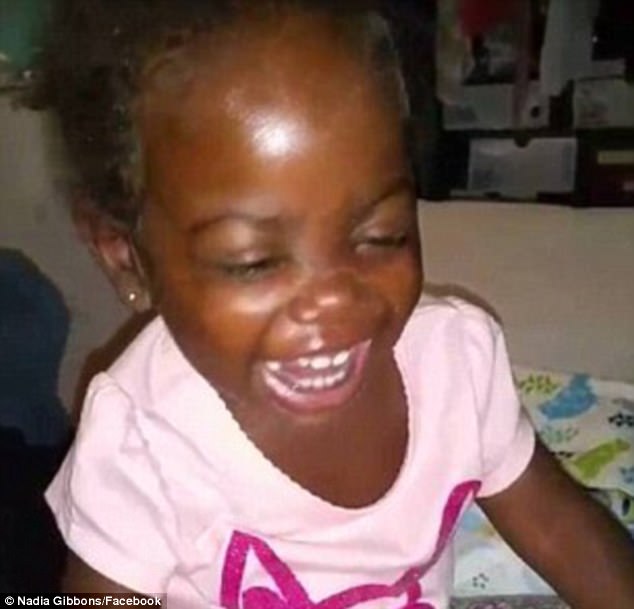 Dezort argued that if Shalodi had immediately called 911, ‘she likely could have saved the toddler’s life’.

The toddler’s mother told the court that Shalodi had worked at a daycare center and had asked for permission to babysit the little girl.