Six Americans were killed in a helicopter crash today while serving with a peacekeeping force in Egypt.

The six US nationals were among seven eight of the air disaster in Egypt’s Sinai desert which also killed a French national and a Czech citizen.

A seventh American survived and was being medically evacuated.

The aircraft belonged to the Multinational Force and Observers, a peacekeeping force co-founded by Israel in 1979 when it signed a peace deal with Egypt.

An Egyptian official said the UH-60 Black Hawk crash appeared to be caused by a technical failure. 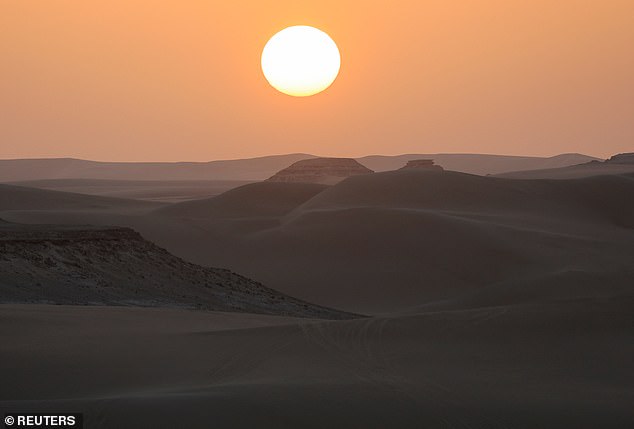 MFO confirmed the eight deaths, saying it was ‘deeply saddened to report that eight uniformed MFO members were killed’.

Their names are being withheld pending notification of next of kin, a statement on Thursday said.

Around 450 US troops are deployed in the region under the auspices of the MFO, which was created after the Carter administration helped to broker the peace treaty in 1979.

However, a report in May 2020 said that Donald Trump’s then-defense secretary Mark Esper was looking to withdraw US troops from the peninsula.

The Wall Street Journal report said that officials in the State Department and the Israeli government were opposed to the withdrawal.

The US also pledges to provide one-third of the MFO’s annual operating expenses, the organisation says. 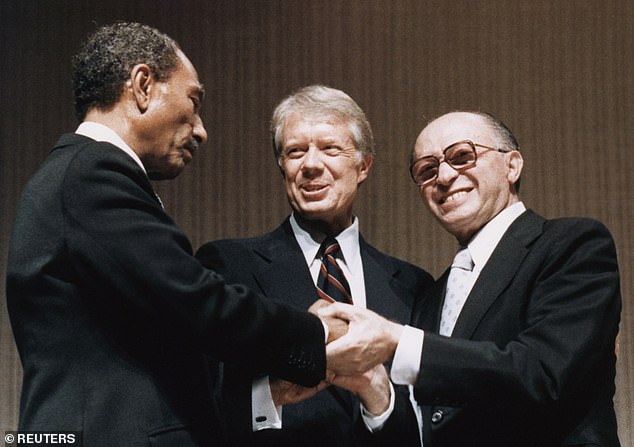 The peacekeeping force was set up after the 1979 peace agreement between Egypt and Israel (pictured, Egyptian president Anwar Sadat, US president Jimmy Carter and Israeli PM Menachem Begin at the signing ceremony)

The MFO’s total contingent of around 1,150 military personnel also includes 275 from Colombia, 55 from Canada and dozens from European countries including Italy and the Czech Republic.

The MFO was created to monitor the demilitarisation of Sinai after the historic peace deal was signed at Camp David 41 years ago.