Six deaths at Florida nursing home without power since Irma

Six deaths were reported on Wednesday at a Florida nursing home which has been without power since Hurricane Irma slammed into the southern US state.

The deaths, believed to be storm-related, would take the death toll from Irma in Florida to at least 18 and more than 55 overall including those in the hard-hit Caribbean.

Broward County Mayor Barbara Sharief was quoted by WSVN TV as saying that three people died at the nursing home in Hollywood, north of Miami, and three more after being hospitalized.

Nearly 120 residents of the facility have been evacuated “due to intense heat and no power,” WSVN said.

Hollywood police chief Tomas Sanchez was quoted by CNN as saying that the deaths may have been related to the loss of air conditioning and that a criminal investigation has been opened. 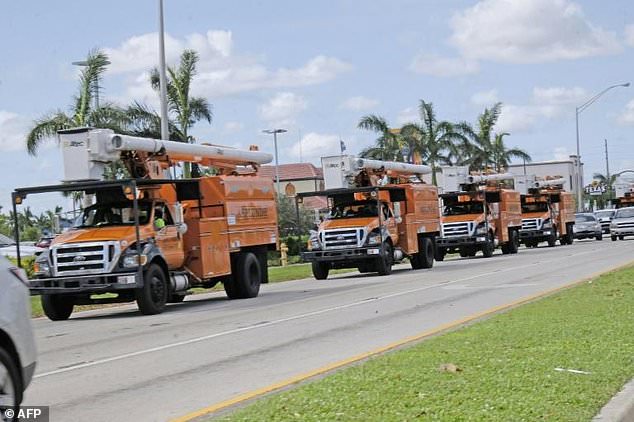 Florida officials have made restoring electricity to the millions who have lost power a priority and tens of thousands of utility company workers, many from out of state, are engaged in the huge effort.

– Heartbreak for some returnees –

Florida residents who evacuated ahead of the storm were facing lengthy traffic jams meanwhile as they returned to check out their homes after days in shelters or with friends or family. 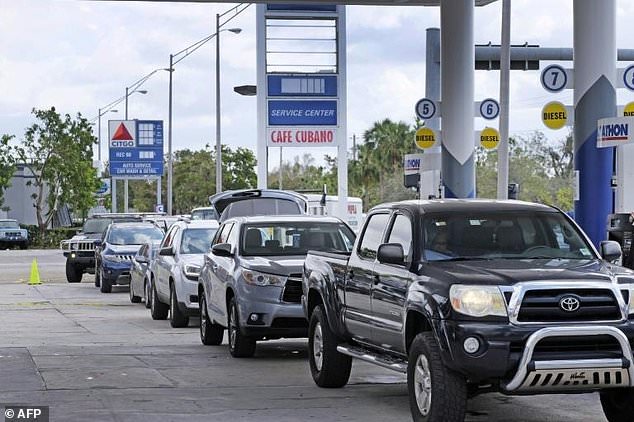 Customers wait in line at a gas station in Miami

Irma, which made landfall Sunday morning in the Florida Keys as a Category Four hurricane, had triggered orders for more than six million people to flee to safety, one of the biggest evacuations in US history.

Some residents of the Keys were met with scenes of devastation on Tuesday after police lifted roadblocks and began allowing people to return to the string of islands off Florida’s southern coast.

At least of the quarter of the homes in the Keys were destroyed, according to federal emergency management officials, and 65 percent suffered some damage. 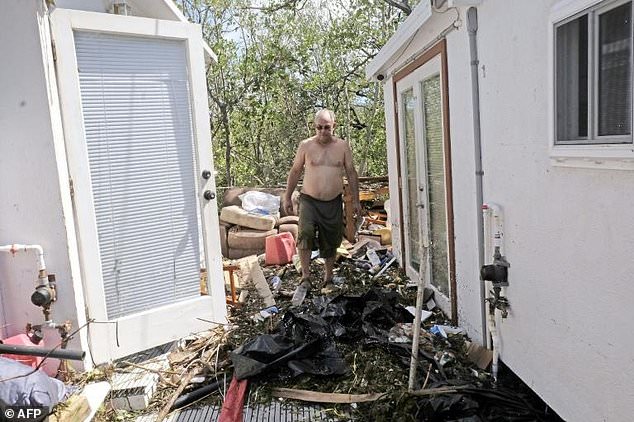 The storm also cut off power, water and sewage to the islands which are home to some 70,000 people.

“It’s gonna take months, maybe years to get this cleaned up,” said Holley, who ignored orders to evacuate and braved the storm on Cudjoe Key.

President Donald Trump and his wife, Melania, were to visit Florida to survey the damage on Thursday. 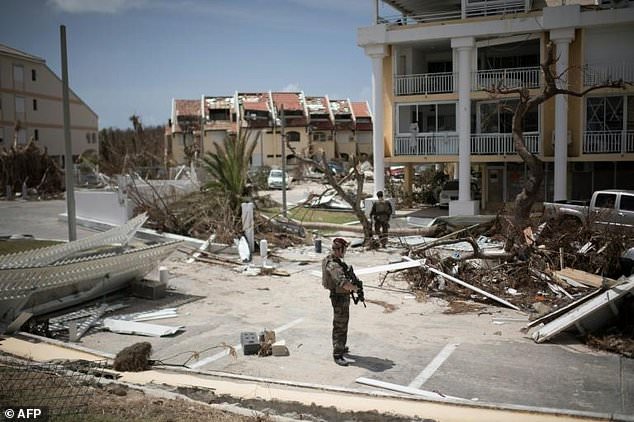 France, Britain and the Netherlands have come in for criticism for the pace of relief efforts for their overseas territories ravaged by the storm.

Islanders have complained of a breakdown in law and order and widespread shortages of food, water and electricity.

Touring Saint Martin, Macron was at times jeered by people waiting for aid supplies or hoping to catch flights for France in order to escape the devastation across the island.

Macron pledged on Saint Barthelemy that an emergency relief fund for victims would be operational by Monday. 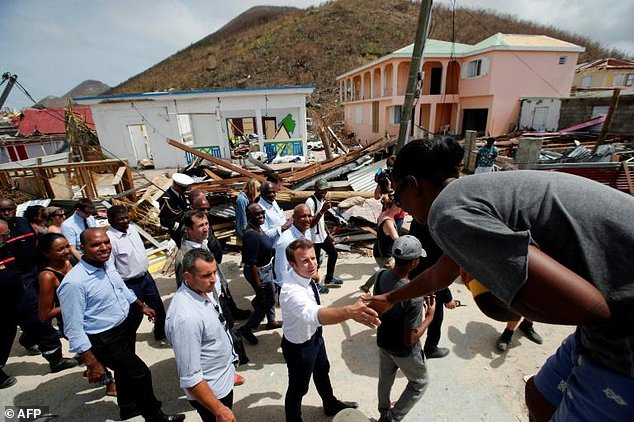 Hurricane Irma caused extensive damage in the French and Dutch overseas territories as well as the British and US Virgin Islands.

British Foreign Secretary Boris Johnson was visiting the British Virgin Islands and Anguilla on Wednesday and pledged “absolute commitment” to Britons there.

A day earlier Johnson visited Bridgetown, the capital of Barbados, and met with some of the nearly 1,000 British military personnel sent to bolster relief efforts and security.

King Willem-Alexander of the Netherlands has also toured Sint Maarten, the Dutch section of the island shared with France, meeting residents on Saba island, and was set to travel to Sint Eustatius, which suffered severe damage.