The six Liverpool fans arrested following disturbances in Barcelona ahead of their side’s Champions League semi-final have been summonsed to return to court for a speedy trial.

They were released after being taken from a police station where they spent the last two nights in custody to appear before a judge on Thursday morning.

Instead of being dealt with on the spot, they were told they must return to learn their fate at a future date which has not yet been made public. 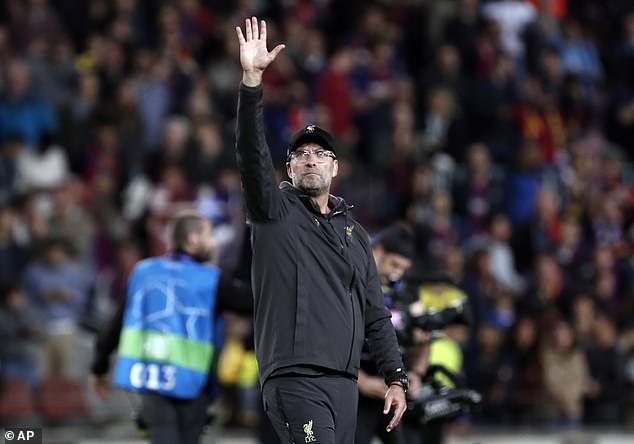 No conditions have been attached to their release, meaning they can return to the UK if they have time.

A judicial spokesman said: ‘Court of Instruction No 11 in Barcelona, acting as a duty court, has today received the six Liverpool fans who were arrested on Tuesday.

‘The case is being processed as urgent, and they have been freed and summonsed to return to court for a speedy trial.’

The spokesman said the six fans, who have not been named, would be tried for a crime of atentado, which in English could translate as assaulting a police officer but would also cover behaviour such as serious intimidation or resistance.

Under Spanish law people found guilty of the crime can face up to four years in prison as well as a heavy fine.

The fans missed Wednesday night’s game because they were still in police custody.

They were held after allegedly throwing missiles including beer cans at police in a central square called Plaza Reial.

One drunken fan was filmed pushing two people including a tourist into a fountain. 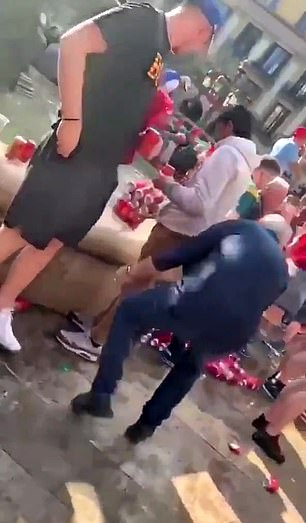 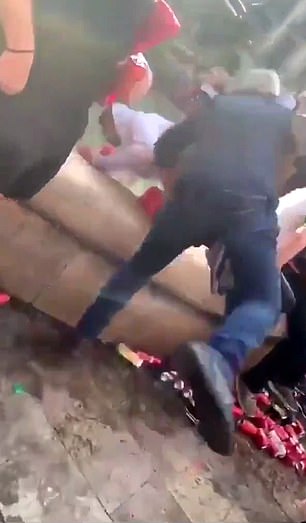 Liverpool CEO Peter Moore responded by urging the club’s fans to behave themselves.

He said: ‘We proudly sing that we’ve conquered all of Europe.

‘But let’s treat this beautiful city with the respect it deserves, and act in a way that is befitting of LFC.

‘By all means have a good time, but we are Liverpool, and as such let’s visit here with grace and humility.’

The club later condemned the ‘totally unacceptable’ behaviour of some Liverpool fans and said it was working with Merseyside Police and Spanish authorities to identify those involved in the incidents.