Breast cancer is often thought of as a disease that only affects women but hundreds of men are also diagnosed with it every year.

Despite breast cancer killing around 80 men annually, most do not check themselves for symptoms, a survey found.

Yesterday, breast cancer charity Walk the Walk brought together six male survivors for the first time to raise awareness of the disease.

They included retired GP Mike Greenhalgh, 61, who was shocked to find out he and his identical twin brother have the same inherited faulty gene as Angelina Jolie.

The actress chose to have a double mastectomy at the age of 40 to reduce her breast cancer risk.

Giles Cooper, 56, was diagnosed with breast cancer a decade after his father and uncle had died of the same rare disease within two years of each other.

As with women, the likelihood of getting breast cancer is higher in men if there is a family history of the condition. The faulty BRCA2 gene, which raises the risk by 6 per cent in men and up to 90 per cent in women, can be inherited from either parent.

Men have a lower survival rate as they are often not diagnosed until their cancer has spread. 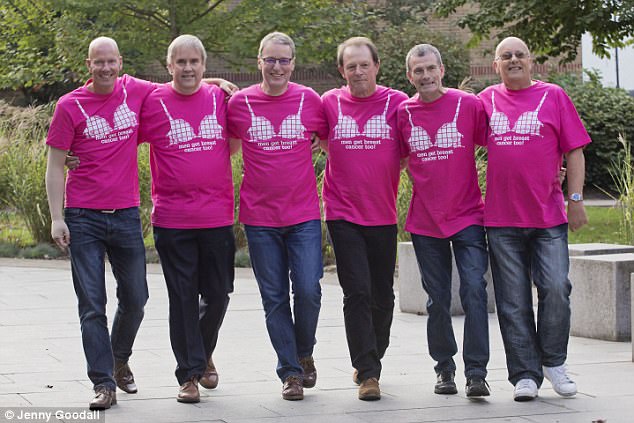 With the cancer developing in the small amount of breast tissue men have behind their nipples, the symptoms are very similar to those experienced by women.

But while 82 per cent of men said they knew they could be affected by breast cancer, 54 per cent never check for symptoms, the YouGov poll for Walk the Walk found.

And awareness among women of other symptoms – including an inverted nipple and nipple discharge – were almost double their male counterparts.

Treatment for men suffering from breast cancer is similar to that given to women, including mastectomies, chemotherapy, and radiotherapy. 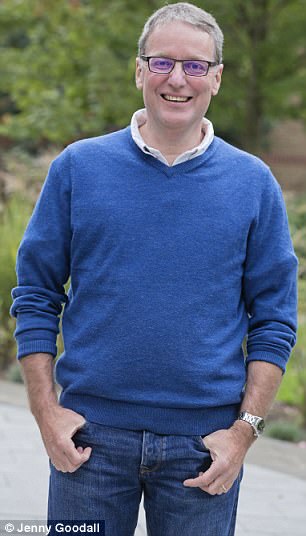 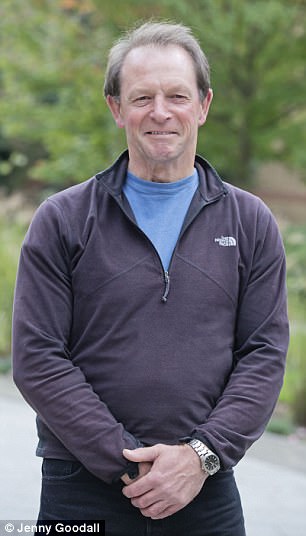 Left, Giles Cooper was diagnosed with breast cancer a decade after father died from the disease, while Mike Greenhalgh, right, was also shocked to find out he had inherited the faulty BRCA2 gene

Roy Collins, 63, a PCSO with Sussex Police who was diagnosed in 2011, said: ‘I didn’t know men could get breast cancer’. Needing to talk to fellow sufferers, he was disappointed when women in a local breast cancer support group ‘weren’t keen for me to join’.

Bryan Thorn, 48, from Port Talbot, South Wales, said he was initially told by a consultant at a breast clinic in 2012 that his lump was merely fatty tissue and nothing to worry about.

But just over a year later, after noticing it had got bigger, the father of three was diagnosed with breast cancer.

It killed my father and uncle 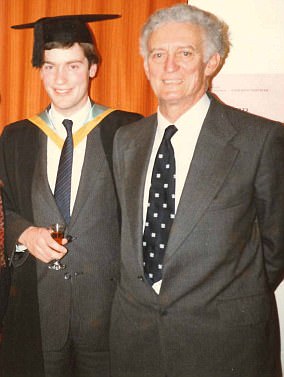 Giles Cooper and his father Stephen , who died from breast cancer

Giles Cooper, 56, was diagnosed with male breast cancer a decade after his father and uncle had died of the same rare disease within two years of each other.

Despite his family history, the chartered surveyor initially ignored the lump on his right breast until his wife, a nurse, encouraged him to check it out in 2014.

After the ‘bombshell’ diagnosis, he underwent a double mastectomy.

Mr Cooper, a father of two from Conderton in Gloucestershire, said: ‘What I’ve discovered is if you’re with a group of men in a pub and it comes up that you’ve got breast cancer, they don’t know what to say.

‘There’s this complete lack of awareness. Men need someone to talk to.’ 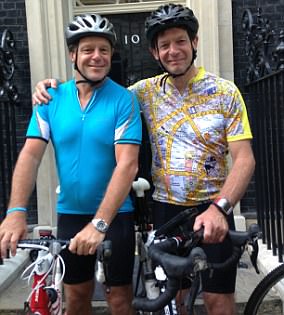 Mike Greenhalgh, diagnosed in 2014, initially dismissed the two lumps he found in his chest having never come across a case of male breast cancer in 27 years as GP.

He later found that three of his four siblings – including his identical twin brother Bill – had all inherited the same faulty gene that made Angelina Jolie choose to have a double mastectomy.

Dr Greenhalgh, from Northamptonshire, also underwent a double mastectomy and is on a course of Tamoxifen.

The 61-year-old said :‘I was shocked, just staggered, when told it was breast cancer.’