Six MONTHS to go: Australia’s unprecedented La Nina to continue until at least OCTOBER – making it the wettest year EVER

Australia could be soaked with rain and floods for another six months as a third La Nina system looks likely, making it the country’s wettest period in almost 50 years.

This would be the first time Australia has had three consecutive La Nina’s in 22 years and would be only the fourth triple La Nina since records began in 1900.

The wettest year since records began was 1974 when a La Nina weather pattern affected the whole country.

Though Australia’s Bureau of Meteorology said the system currently affecting the country will probably ease off by ‘late autumn or early winter’, US forecasters are more pessimistic. 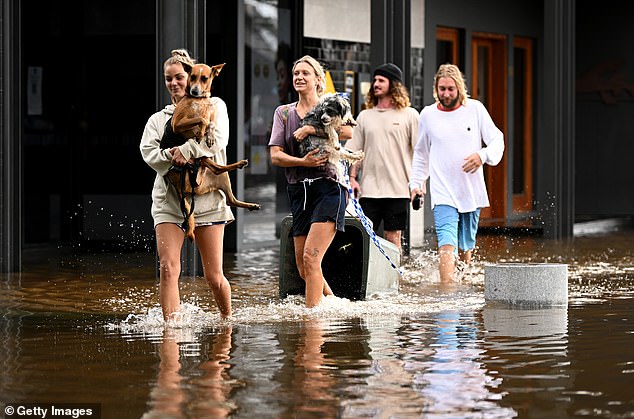 They made the prediction after analysing sea surface temperature and air pressure differences between Tahiti and Darwin.

‘It is rare for the footprint of La Nina to still be so well established in both the ocean and the atmosphere at this time of year.

‘The enduring strength of this current La Nina is something to keep an eye on in the coming weeks and months,’ Weatherzone said.

The prediction comes as several states continue to be lashed by rain and storms.

‘A trough currently sitting over Australia’s northern interior will dip south over the weekend, dragging cloud and rain across large areas of South Australia, NSW, Queensland and Victoria from Sunday into the first half of next week,’ Weatherzone said. 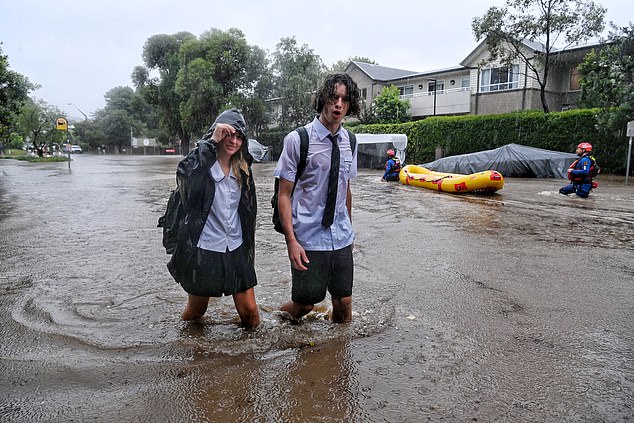 Students are seen trudging through floodwater while SES staff walk the opposite way during flooding in Macpherson St, Warriewood, NSW on March 8, 2022 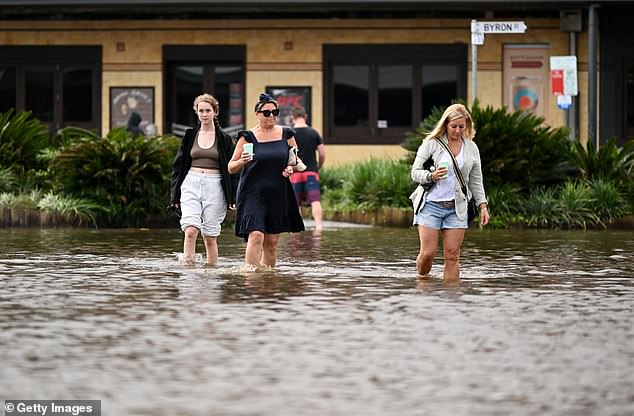 People are pictured walking through floodwater on March 30, 2022 in Byron Bay. It was the second major flood event for the region within a month

‘The rain and cloud will initially focus on Australia’s central and northern interior on the weekend before spreading further south and east early-to-mid mid next week.’

Rainfall totals of up to 200mm are predicted to fall in parts of eastern Northern Territory and western and northern Queensland.

Sydney’s warm weekend just gone, which got as high as 23 degrees on Sunday, may turn out to have just been a brief respite before the heavy rain that has been falling for months on end returns. 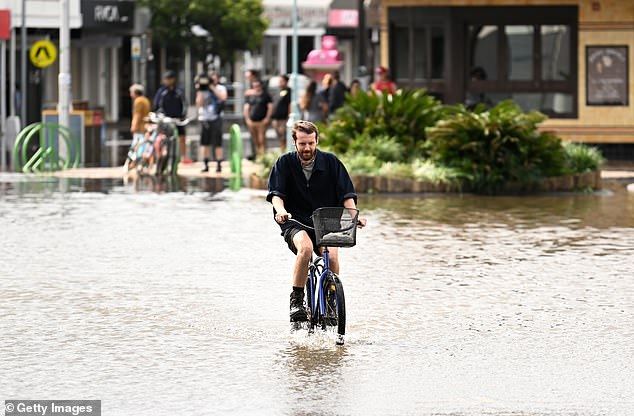 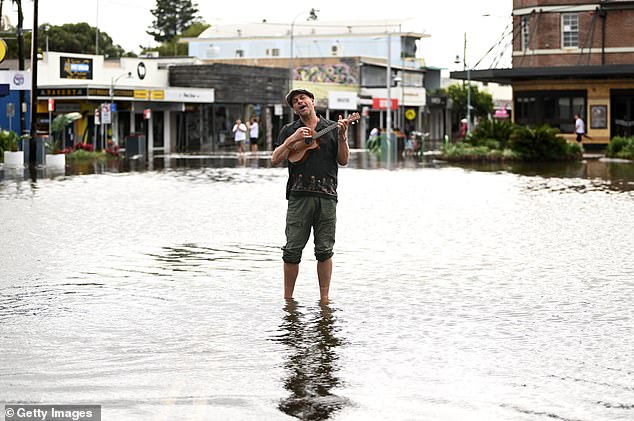 Musician Paul Dillon sings as he stands in floodwater on March 30, 2022 in Byron Bay, NSW

By April 7, Sydney had already recorded its average annual rainfall just over three months into 2022.

While La Nina was a major cause of the wet weather, global warming was also contributing, the Australian government’s science agency CSIRO said.

For every degree of warming, the atmosphere can hold 7 per cent more moisture, it said.

What is the La Nina weather pattern and how does it affect Australia?

La Nina means higher rainfall, but for certain parts of Australia only.

It typically means more rain for central, eastern and northern regions of Australia.

It is also linked to warmer than usual ocean waters around Australia, towards Indonesia.

This can mean increased likelihood of floods – which can be a major challenge for areas that have recently been in drought – and tropical cyclones.