Former US Senator Richard G. Luger, the longest serving Senator in the history of Indiana, has died at the age of 87.

The 87-year-old former Mayor of Indianapolis died after complications due to chronic inflammatory demylinating polyneuropathy (CIPD), a rare neurological disorder that causes inflammation on nerve tissue.

The Hoosier State Republican passed away peacefully surrounded by his family – including his wife, Charlene, four sons, Mark, Bob, John, and David, and their families – at the Inova Fairfax Heart and Vascular Institute in Fairfax, Virginia, according to the Lugar Center.

‘This was a short illness. He was in generally good health until this month,’ Lugar Center spokesman Dan Dillon told the Daily Mail in an emailed statement on Sunday. 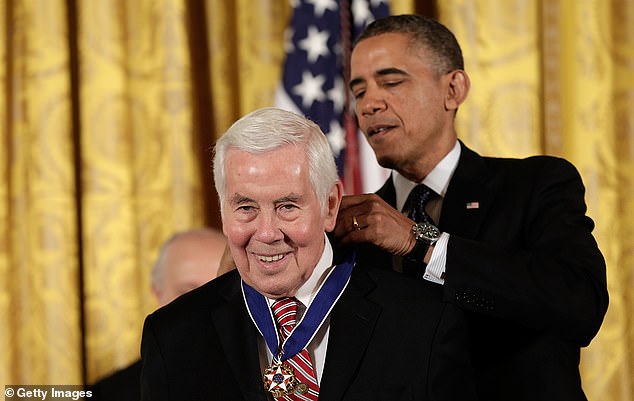 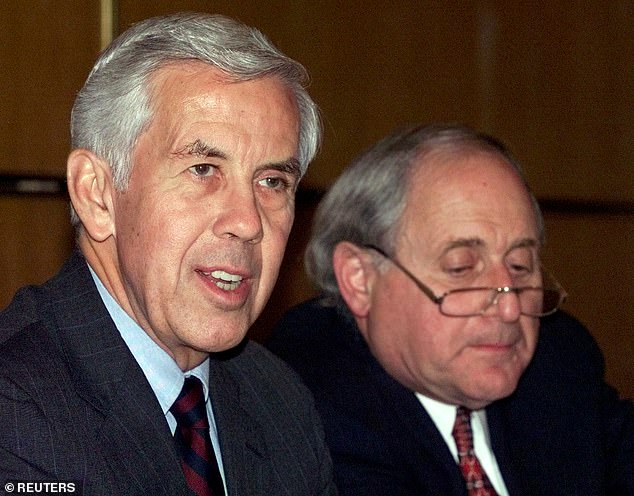 Lugar (left) chaired the Senate’s Foreign Relations Comittee twice during his tenure and has been recognized as one of the most renowned voices on U.S. foreign policy

Obama tweeted his condolences to Lugar and his family Sunday afternoon, highlighting memories of working with ‘Dick’ throughout the former president’s political career in Washington beginning as a freshmen Senator in 2005.

‘For thirty-six years, Richard Lugar proved that pragmatism and decency work—not only in Washington but all over the world,’ Obama said in a written statement.

‘He understood the intricacies of America’s power and the way words uttered in Washington echo around the globe… In Dick, I saw someone who wasn’t a Republican or a Democrat first, but a problem solver – an example of the impact a public servant can make by eschewing partisan divisiveness to instead focus on common ground.’ 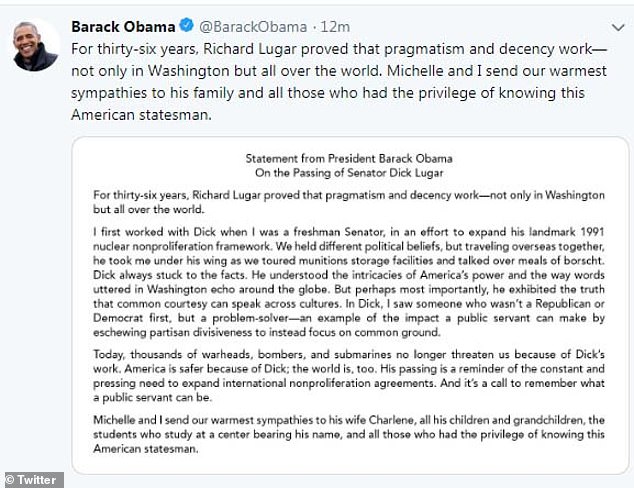 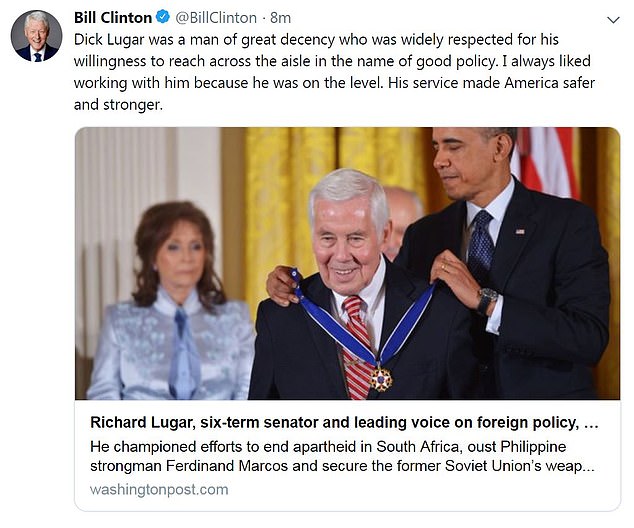 Former President Bill Clinton also paid tribute tweeting: ‘Dick Lugar was a man of great decency who was widely respected for his willingness to reach across the aisle in the name of good policy’

Former President Bill Clinton also paid tribute tweeting: ‘Dick Lugar was a man of great decency who was widely respected for his willingness to reach across the aisle in the name of good policy. I always liked working with him because he was on the level. His service made America safer and stronger.’

Lugar has been recognized as one of the most renowned voices on U.S. foreign policy, backing efforts to end apartheid in South Africa and denuclearize the former Soviet Union during the turn of the 20th century.

‘Hoosiers are saddened today to learn of the passing of one of our greatest statesmen,’ Vice President Mike Pence, the former Governor of Indiana, said in a written statement Sunday afternoon.

‘Senator Lugar’s contributions to the life of our nation are countless. Richard Lugar was a leader not only in the Senate, but also on the world stage… Senator Lugar was also a friend and mentor throughout our public career and we will miss his kindness, example and wisdom.’ 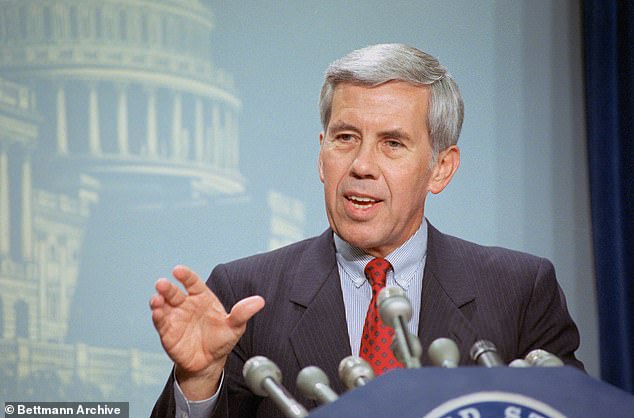 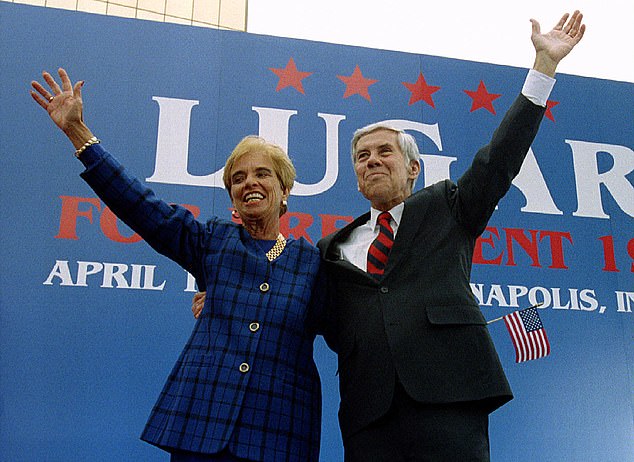 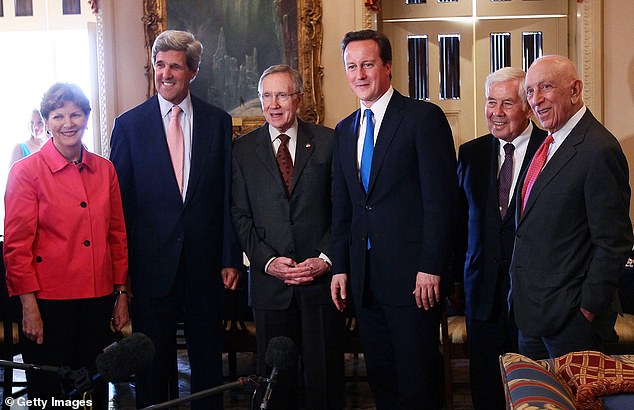 Lugar ran an unsuccessful bid for President in 1996, but missed out on the Republican nomination to Bob Dole.

The Washington Post reports Lugar was a moderate conservative holdover from the Cold War era who regarded the Soviet Union’s stockpile of nuclear missiles as an existential national security threat, fearing the weapons of mass destruction eventually would fall into the hands of terrorists.

‘He navigated foreign policy matters adeptly, leaving a safer world because of his work,’ US Rep. Susan W. Brooks said of Lugar on Twitter Sunday afternoon. ‘It was an honor to be selected by him to serve as United States Attorney and we will miss his wisdom dearly, but his legacy will endure for generations to come.’

U.S. Rep. Greg Pence, Mike Pence’s brother, said, ‘Sen. Lugar will be remembered as one of America’s greatest Senators, leaving his mark on American and global affairs throughout his six terms.’

‘He will also be remembered here in Indiana as a proud Hoosier who always kept our best interest in his heart,’ the Congressman added.