SIX things you missed from the Abu Dhabi GP

With both world championships wrapped up by Lewis Hamilton and Mercedes ahead of the Abu Dhabi Grand Prix, there appeared little to race for at Formula One’s season finale.

But an eventful evening played out at the Yas Marina circuit, as Hamilton strolled to an 11th victory of the season as various drivers said goodbye to the sport or their teams.

Here are all the things you may have missed from the Abu Dhabi Grand Prix.

Hamilton shows off back tattoo

We have all got used to seeing Hamilton on the top step of the podium. A little less so in seeing him strip down to show off his tattoos while on it.

But as the champagne celebrations kicked off he revealed his back tattoos before explaining afterwards it was in tribute to the words ‘Still I Rise’ on his upper back, a poem favoured by the world champion. 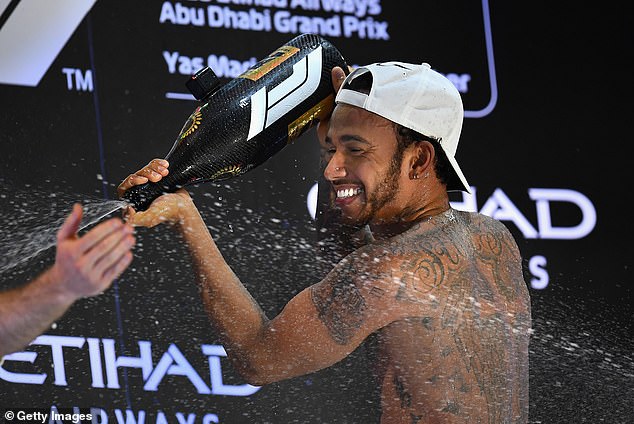 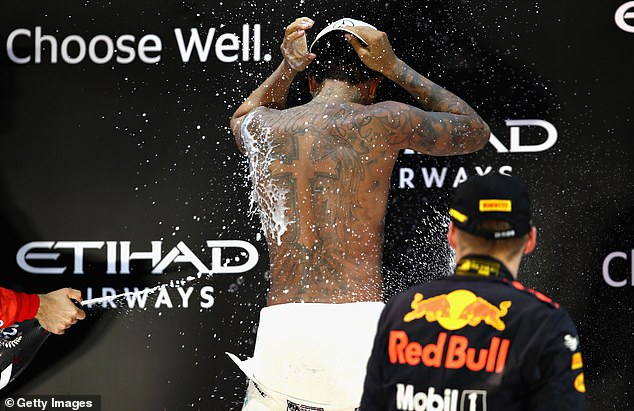 As he is sprayed by champagne, Hamilton revealed his ‘Still I Rise’ tattoo 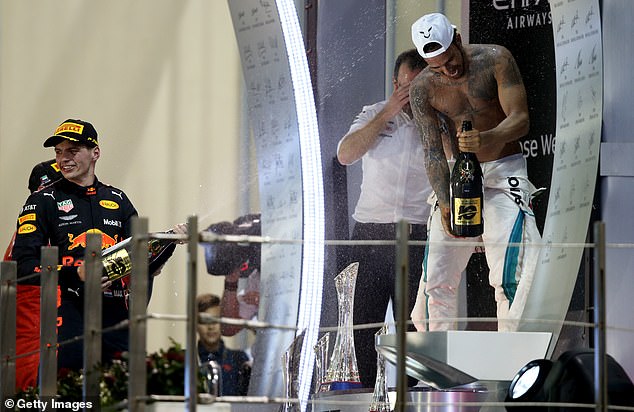 Nothing says end of the season more than a driver thrashing his engine and smoking his tyres with donuts on the track.

Yet fans got a special treat after the race as Hamilton, Sebastian Vettel and Fernando Alonso as a trio spun their cars in circles on the start-straight to large roars from the fans close by. 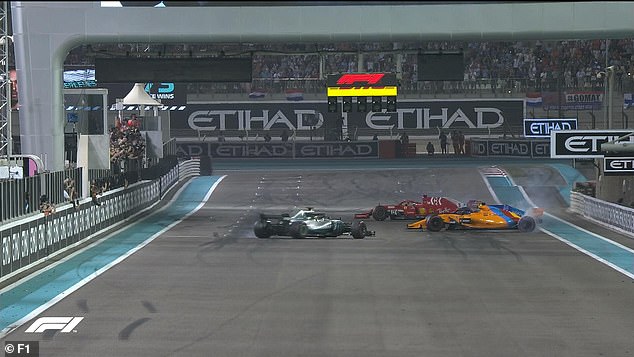 Hamilton (left), Vettel (centre) and Fernando Alonso performed donuts at the end of the race 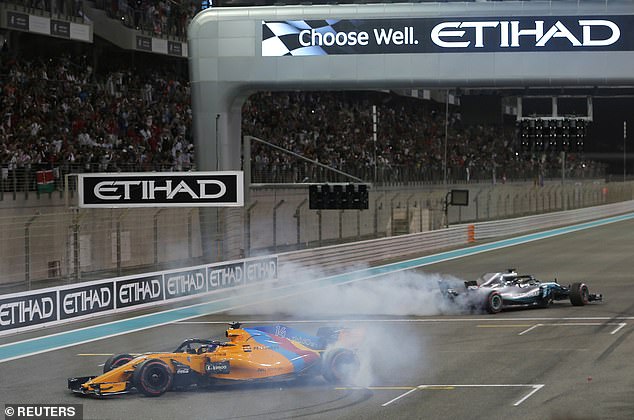 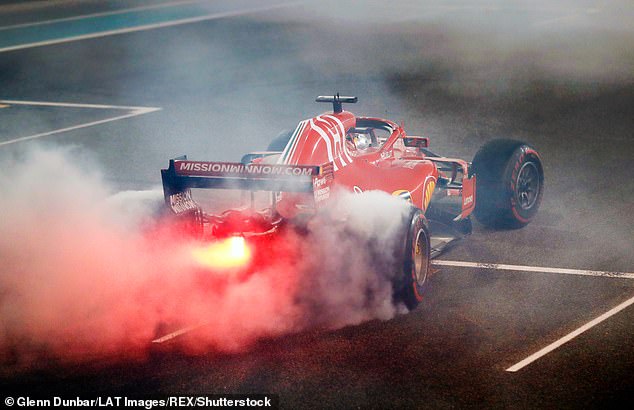 End of an era

Alonso’s F1 farewell was much of the focus heading into the weekend, but he was not the only driver heading for pastures new in 2019.

Other high profile switches involved Kimi Raikkonen leaving Ferrari after five seasons to join Sauber, while Daniel Ricciardo was also moving on following half-a-decade at Red Bull as he prepares to join Renault.

Along with Alonso, both were given pre-race goodbyes. Raikkonen was applauded out the garage on the way to the grid, while Ricciardo’s pit box had a ‘Cheers Dan’ paintjob. 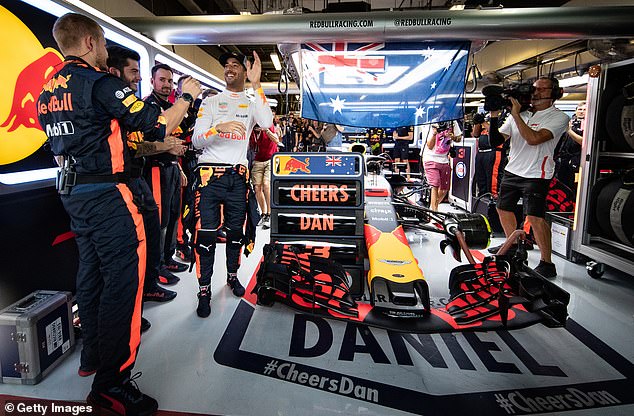 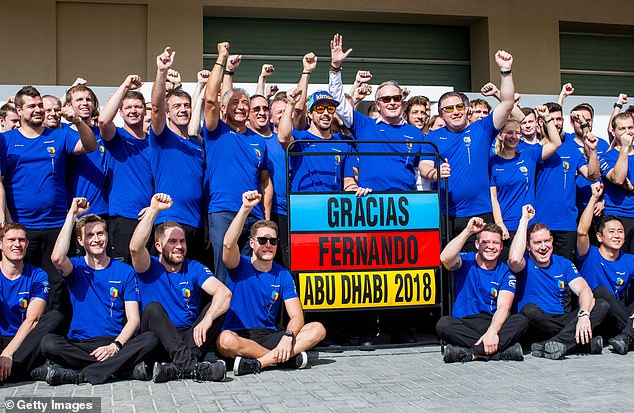 Bottas doesn’t go winless after all

Valtteri Bottas went the whole of 2018 without a race win, becoming the first Mercedes driver to suffer a year long drought since Nico Rosberg in 2012.

But he did not go away empty handed. Before the race he collected a trophy to mark his seven fastest laps of the season – the most of any driver.

It was certainly a better looking trophy than the tyre trophy Hamilton picked up for most pole positions! 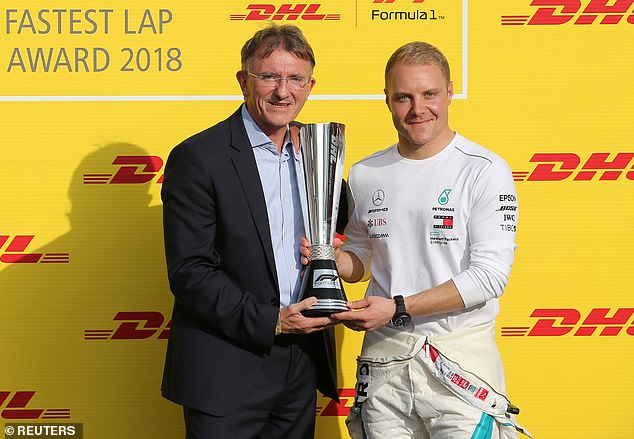 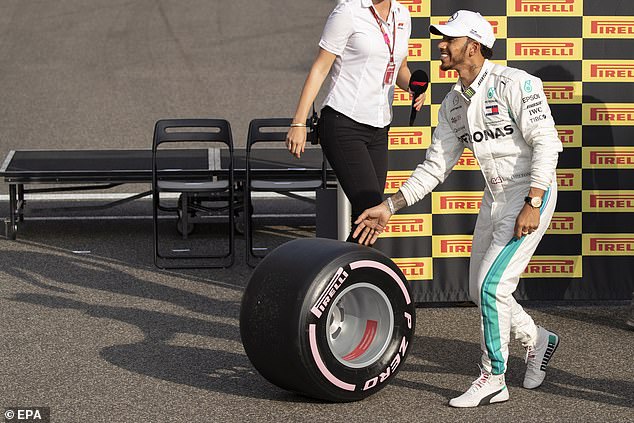 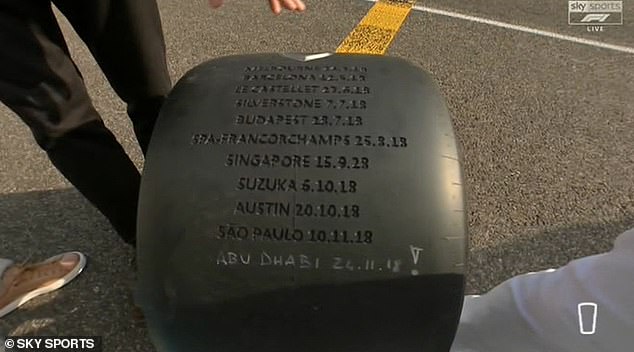 Finishing how it started

For the first time ever in Formula One history, every driver who competed in the season managed to score a point.

It was a record for the fewest drivers over a whole campaign with 20 – and was the first season without any driver changes since 2008. 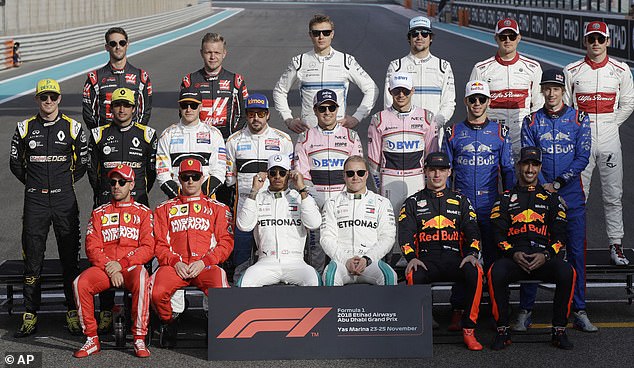 F1 fans have long enjoyed Martin Brundle’s pre-race grid walk, and he was joined by a special guest in Billy Monger for the final race of the season.

The 19-year-old suffered a horror racing crash racing in 2017, leading to the lower half of his legs being amputated.

But he was in good spirits on the grid walk as he helped Brundle interview famous faces including Alonso and Alain Prost. 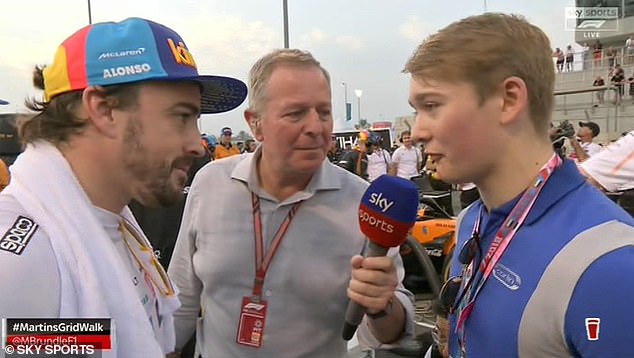