Admit it, there has been a point in your career where you’ve felt you’re not being paid enough.

You may have thought your contribution to a successful project which brought new custom to your employer should’ve been recognised through a bumper pay package.

Or, you may have discovered your colleagues in exactly the same role as yours earn more.

Long-serving employees might even feel they are entitled to a financial reward for not jumping ship and remaining loyal to the company.

Whatever the reason, mustering up the courage to ask for a raise is by no means an easy feat.

The fear of unsettling your current work situation and falling out-of-favour with your boss might compel you to keep shtum and become increasingly bitter about the situation over time.

However, it is possible to discuss pay without making things awkward – even if your boss says no.

We asked James Reed, chairman of employment agency reed.co.uk, to list six top tips to negotiating a pay rise. Here is what he said.

Following a decade long pay squeeze in the UK, many people have felt the financial pressure of stagnating wages and rising living costs.

Wage growth and inflation moved closer together in the first three months of this year, but for most this doesn’t mark the end of the pay squeeze just yet.

With talk of inflation set to rise again this year, it’s not surprising that a growing number of people are concerned about salary.

Our latest data from reed.co.uk revealed that average salaries advertised rose 3 per cent during the first quarter of 2018.

This is a clear indication that salaries are finally moving in the right direction.

What’s more, the requirement for companies to disclose their gender pay gaps has sparked a lot more conversations around salaries.

Many women working for organisations reporting a large gender pay gap are questioning the remuneration they currently receive.

Irrespective of any gender pay gap your employer has reported, you will still need to be able to demonstrate your successes and what you plan to contribute in future to make a case for a pay rise. This applies to men and women equally.

Schedule a time to meet with your manager and talk about your career goals, the contributions you’ve made to the company and the value you intend to bring in future. 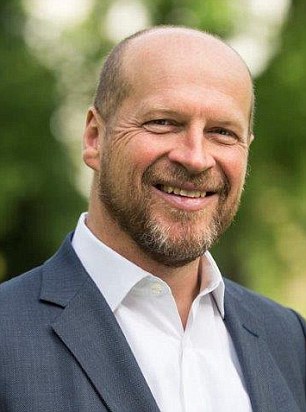 To make a case for a pay rise, you should show your successes and what you plan to contribute in future according to James Reed

Balance your request for a pay increase with a commitment to extra duties you’re prepared to fulfill.

By showing your intent to demonstrate value to the company, you will provide assurance that this will be money well spent.

Come prepared. Research your worth based on your level of experience in the industry and the going rate for the same role.

You can use salary checkers and job descriptions to research advertised salaries for your role.

Gather as much comparative data as you can so you’re entering any discussion prepared.

Go above and beyond your duties in your current role.

Your company isn’t going to award you a pay rise for nothing. Make sure you can show what extra value you’ll bring to the company, be it taking on more responsibilities, or bringing more expertise to your role.

Make sure you never stop learning

Expand your knowledge by completing a course or reading up on the news in your industry.

Show that you have the right mindset to do the job

Skills can be taught, but mindset is more difficult to change.

If the answer is no, ask for a time to revisit the possibility of a pay rise in the future – six months is usually the ideal.

Although it may be difficult to hide your disappointment, try not to get upset or angry in front of your boss.

The decision may be out of your manager’s hands.