First coronavirus, now snakes! Fears of a serpent explosion in Brisbane after SIXTEEN of the reptiles suddenly appear in one terrified resident’s garden

There are fears snakes are being dumped in residential backyards after a terrified homeowner found 16 of the reptiles around his property.

A resident in Brookfield, a semi-rural suburb in Brisbane’s west, was shocked to find two of his chickens were eaten by snakes in recent weeks.

He believes people are intentionally releasing snakes in his neighbourhood.

But snake catcher Bryan Robinson said that scenario was unlikely.

‘We have regular clientele that have snakes on a regular basis and there’s usually a perfectly good ecological reason for that, more so than going to the extreme to say that somebody is actually dumping snakes,’ he told Nine News.

‘Snakes are protected and the handling of snakes without the appropriate permits is actually an offence under the Nature Conservation Act.’

Queensland Department of Environment and Science requests that snakes are re-homed somewhere close to where they were found.

They have also warned against placing them next to other vulnerable animals. 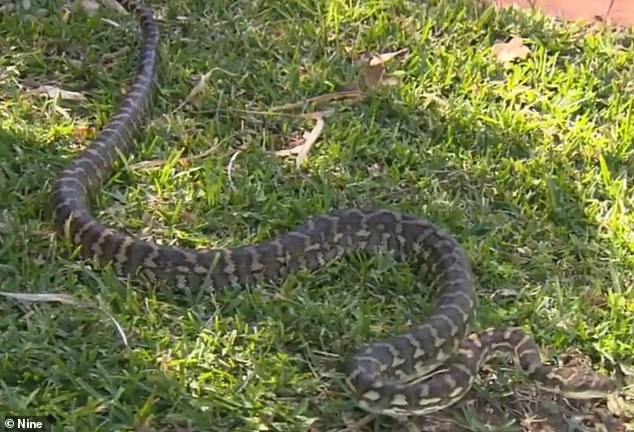 Bryan Robinson, another snake catcher, disputed that people were dumping the reptiles in particular locations