Victorian MP Mark Gepp has plunged Dan Andrews’ government into deeper crisis after he became the sixth Labor MP in just a matter of days to reveal he’s quitting.

On Thursday, the Victorian premier had to rely on the support of crossbenchers to get his controversial pandemic bill through parliament after a 21-hour debate.

The bill sparked riotous protests across Melbourne but will now take effect on December 16 after it passed the upper house by a thin margin of 20 votes to 18.

The Victorian Labor Party has been thrown into disarray after five parliamentarians threw in the towel last week (pictured, Premier Daniel Andrews alongside local ministers)

The bill gives the premier and health minister – rather than the chief health officer – the power to declare a pandemic.

They will also enforce restrictions during a health crisis when Victoria’s state of emergency laws expire in two weeks.

The legislation became a lightning rod for anti-lockdown and anti-vaccination groups, who have occupied the steps of state parliament for weeks in protest.

Protesters slammed the proposed bill as ‘dangerous legislation’ that they say gives premier Dan Andrews too much power.

With strong opposition to the legislation, Mr Andrews made a raft of last minute changes in order to win over key crossbench MPs and push it through parliament.

Under the new bill, the premier can declare a health emergency and lockdown the state in three-month blocks for as long as he likes.

The original legislation would also have seen a range of even more unprecedented powers handed to the premier and health minister Martin Foley. 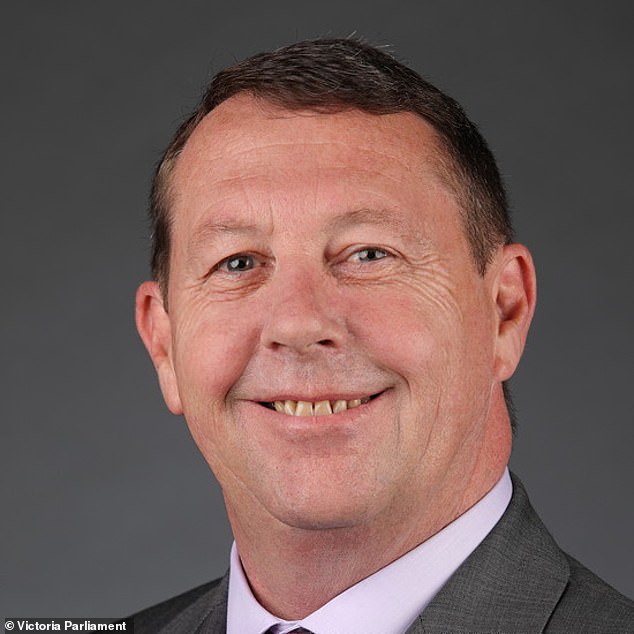 But harsher financial penalties for breaching public orders were be cut in half and the timeframe to release public information about pandemic decisions ordered by the government was also drastically shortened.

The changes require ‘reasonable grounds’ for the premier to declare a pandemic and subsequent lockdown.

Under the older version of the bill there didn’t even need to be a single case of the disease in Victoria for the powers to be implemented.

The government will also be compelled to publish their public health advice before enforcing stay-at-home orders within seven days – down from two weeks.

While the maximum $90,500 fine for breaking health orders has been halved, but a heavy two year jail sentence is still part of the legislation.

Changes to the Bill also restrict the government of the day from making public health orders which differentiate between groups of people.

In the wake of the bill being passed, Northern Victorian MP Mark Gepp took to social media to confirm he would be quitting at the next election after four years in parliament.

‘This job is without question a great privilege and it has been one of the highlights of my 35 year career in the Labor movement,’ Mr Gepp posted on Twitter . 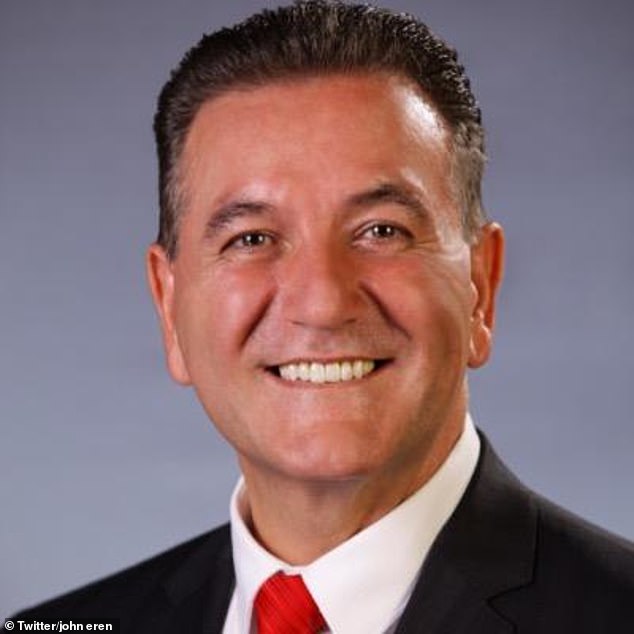 The Victorian premier recently announced John Eren (pictured) was retiring from politics, saying he was ‘grateful’ for the friendship he shared with Mr Eren, who was the longtime member for Lara, north-east of Geelong

Mr Andrews described Mr Gepp, who was elected to the Victorian parliament in 2017, as ‘a fighter’ who fought for workers’ rights and public housing and who was a strong advocate for students.

‘I want to thank him for his dedication to our party, our parliament, our government – and to working people across Victoria,’ the premier said in a statement.

‘I wish him and his family all the best for the years ahead.’

Mr Andrews said he was ‘grateful’ for the friendship he shared with Mr Eren, who was the longtime member for Lara, north-east of Geelong.

‘I know we’ll keep seeing him live his values for years to come.’

Mr Eren had worked in parliament for close to 20 years and was a former cabinet minister.

The MP said that having been diagnosed with Parkinson’s disease as well as the pressure of the pandemic, now was the right time to resign from politics.

‘It has been two years since I was diagnosed with Parkinson’s disease. This diagnosis along with challenges brought about by the Covid pandemic has made me place a greater focus on my health and well-being and that of my family and friends, to value the ability to spend quality time with them,’ Mr Eren said. 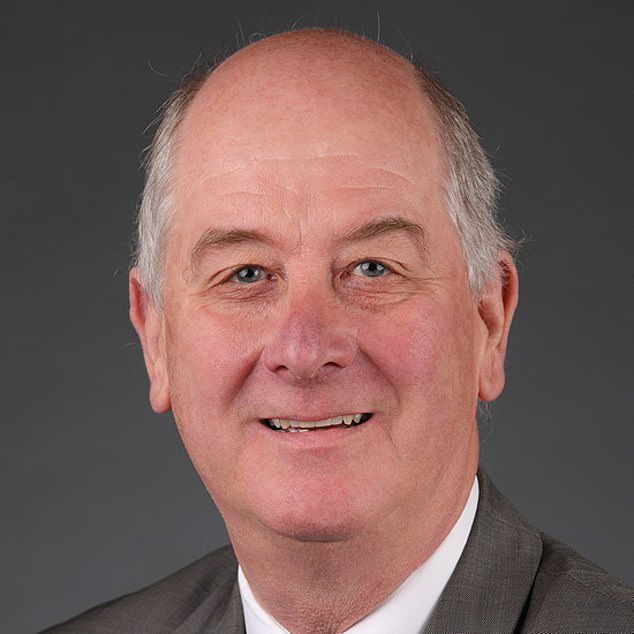 Mr Andrews recently announced the fourth MP, Planning Minister Richard Wynne (pictured), would not be contesting the next election

‘After thinking about my future as time moves on and following discussions with my family, it was with sadness that I today informed the Premier of my decision to not contest the 2022 State Election.

‘When we come to the end of this term of Parliament in about twelve months I feel that will be the time for me to step away and spend my time pursuing other things.’

Mr Eren had moved to Australia with his family from Turkey at the age of six before growing up in a housing commission in North Melbourne.

Mr Andrews credited the Lara MP for his efforts in securing funding for women’s sport, boosting the tourism industry and advocating for Geelong.

Mr Eren’s departure is the latest in a spate of retirements in the lead up to the state election next year.

On November 25, Mr Andrews announced Planning Minister Richard Wynne would also not be contesting the next election.

Others may also be looking to step down, with Broadmeadows MP Frank Maguire and Narre Warren North MP Luke Donnellan rumoured to be considering their futures.

Mr Donnellan quit the cabinet in October after an anti-corruption hearing heard claims he paid for party membership fees on behalf of others as part of a branch-stacking operation.

The place of former ministers Marlene Kairouz and Robin Scott, who both featured in anti-corruption hearings into taxpayer-funded staff, also remains up in the air.

Labor MPs have been asked to reveal their plans to run by the end of the week, with the national executive to decide on candidates in both houses by December 3.

The exodus has raised fears Labor could lose their comfortable majority – despite a recent Newspoll predicting Mr Andrews remains on track to win a third term as premier. 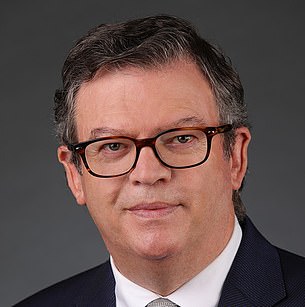 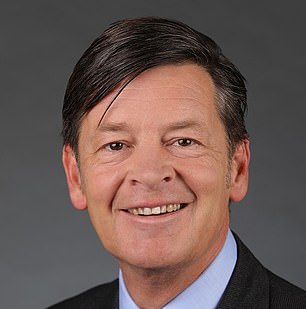 A Roy Morgan survey published late last month has Labor leading the Liberal-National Coalition 59.5 to 40.5 on a two-party preferred basis, while last week’s Newspoll has them leading 58 to 42.

Both surveys are an increase on the 57.3 to 42.7 result at the 2018 election, which saw the coalition lose 11 lower house seats including blue-ribbon Hawthorn.

‘It would probably be infuriating for the opposition. They aren’t able to make any meaningful inroads at the moment,’ he told AAP.

Dr Ghazarian said while Mr Andrews is a ‘polarising figure’, thanks in part to his 120 consecutive second wave press conferences, there is still time to reset before the poll.

Ms Hennessy, the proud member for Altona in Melbourne’s southwest, was the first to bow out of the next election, which is scheduled for November 26, 2022.

The former Attorney-General and minister for Health, Ambulance Services and Workplace Safety announced the news on her Facebook page.

In December 2020, Ms Hennessy announced she would be stepping away from her role as chief lawmaker to spend more time with her teenage daughters.

‘No matter how precious your family is, politics can blind you their needs if you’re not careful. And life is short,’ she wrote. 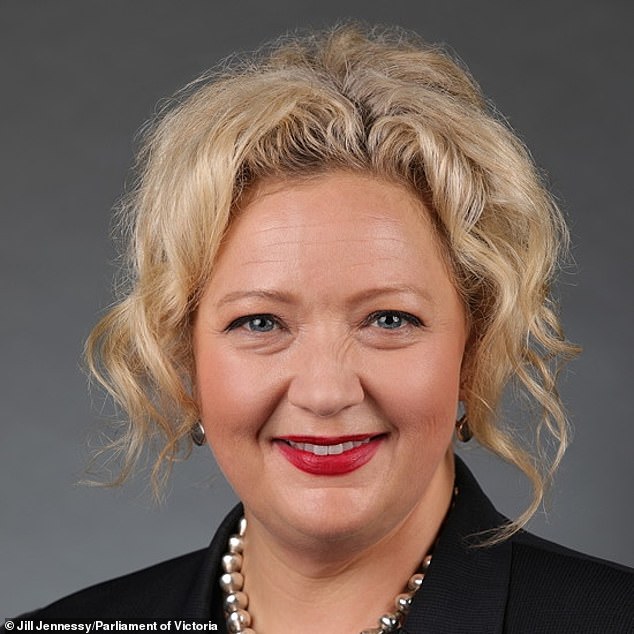 Jill Hennessy, the proud member for Altona in Melbourne’s southwest, (pictured) was the first to bow out of the next election scheduled for November 26

‘After some reflection, I came to the view that making the commitment to serve another four-year term was incompatible with the other important priorities in my life, especially if I wanted to give them all the best of me.’

Ms Hennessy said she would always be an ‘ardent cheerleader’ for the cherished communities, leaders and organisations in Melbourne’s west.

She thanked Mr Andrews for giving her the opportunity to be part of a team who delivered ‘life-changing investments and reforms’.

In turn, the premier said the MP had pioneered ‘some of the biggest reforms’ in Victoria including the nation’s first voluntary assisted dying scheme.

Mr Andrews said as Health Minister in their first term of government, Ms Hennessy had been ‘championing immunisation and taking on anti-vaxxers’ long before the Covid pandemic.

‘I want to thank Jill for the work she’s done, her years of service to the parliament and the Labor Party, and her dedication to our great movement,’ the premier said in a statement.

‘On a personal note, I want to thank her for her years of friendship and unwavering support – and wish her, Bernie and their daughters all the best for the future.’

MP for Yan Yean Danielle Green, also advised she would not be seeking re-election, after representing the locality in Melbourne’s northeast for nearly two decades.

‘It has been an honour and privilege to represent the people of Yan Yean and to have served in the Parliament of Victoria, since 2002,’ Ms Green wrote on Facebook.

The MP said she looked forward to a work-life balance that would allow her to care for her husband – who has been battling skin cancer – as well as her two sons. 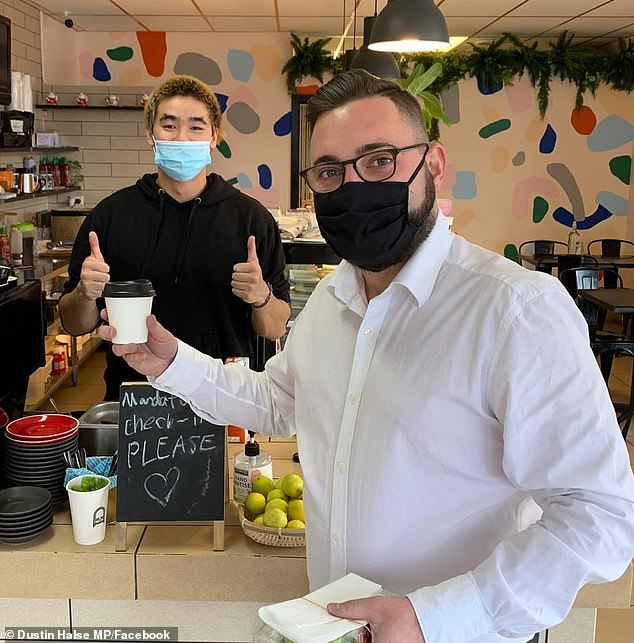 Mr Andrews said Ms Green had fought ‘tooth and nail’ for the people of Yan Yean on issues such as local roads, access to TAFE or vital health and ambulance services.

The third MP to announce their resignation from politics in late November was first-term Ringwood MP Dustin Halse.

Mr Halse described the decision to step down from his role as ‘one of the most difficult decisions’ of his life and said the last three years had been a privilege.

‘The global pandemic has forced us all to think about our priorities,’ he said.

‘And for me, that is looking after my young son, better supporting my wife and extended family, and taking my physical and mental health more seriously.’

The premier commended his efforts in removing two dangerous and congested level crossings as well as his passionate and committed advocacy for his community.