Siya Kolisi will captain South Africa in the opening Lions Test this Saturday despite only escaping Covid-19 isolation last week.

The World Cup winning skipper from 2019 will be one of several starters who have recently had the virus, including fly-half Handre Pollard, wing Makazole Mapimpi and prop Ox Nche.

Kolisi, Mapimpi and Nche only arrived in the Springbok camp on Monday, having spent 10 days in isolation up in Johannesburg, but Boks boss Jacques Nienaber thinks they are ready for the Lions. 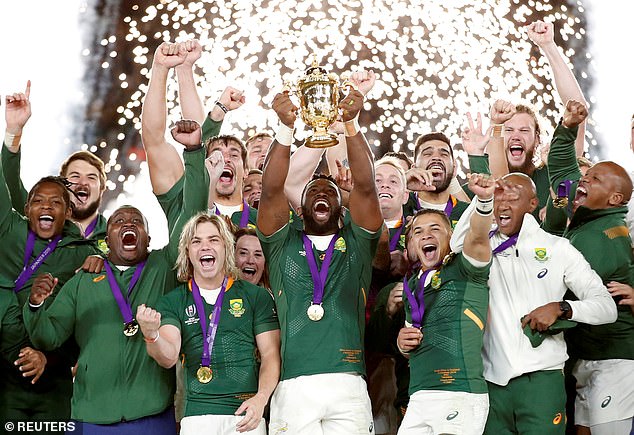 ‘Some of the players didn’t have COVID-19 symptoms at all, they have been managed according their individual needs, and they have really impressed me with their intensity and enthusiasm at training,’ he said.

‘The well-being of our players is of paramount importance, so we have been working closely with the medical team to work out what would be the best course of action for each player over the three-Test Series.

‘Siya is very important. He’s knows what we’re trying to do from a rugby perspective and he’s our captain, so I’m very happy to have him back.’

With 21 World Cup winners involved in the 23-man squad, the Boks will field a formidable line-up despite their Covid outbreak. The only two that were not in that squad are back-rower Rynhardt Elstadt and Nche.

Up front Kolisi is joined by Kwagga Smith at No 8 and Peter Steph du Toit wearing the seven shirt, with Eben Etzebeth and Franco Mostert forming a formidable lock partnership.

On the bench the Boks picked five forwards and three backs – not the ‘Bomb Squad’ six forwards they had at the Japan World Cup– with Malcolm Marx, Steven Kitshoff and Frans Malherbe a frightening trio in the front-row to come on in the second half.

‘The forward battle is going to be as tough as it gets, so it’s important that we pitch up physically and ensure that we make our presence felt in the set pieces and at the contact points,’ added Nienaber.

‘This, combined with their hard-running backs, will test our defensive system, but we have been looking forward to these matches since the Rugby World Cup concluded.

‘We have done our homework, so it is a case of doing everything at 100% and sticking to our structures.’

The Lions name their team on Thursday morning ahead of the first Cape Town Test. South Africa won their last Lions series in 2009 2-1, beating the tourists in the first two Tests and losing the last.

That was the last series the Lions were defeated in, though, having beaten Australia 2-1 in 2013 and drawn 1-1 against New Zealand four years ago. 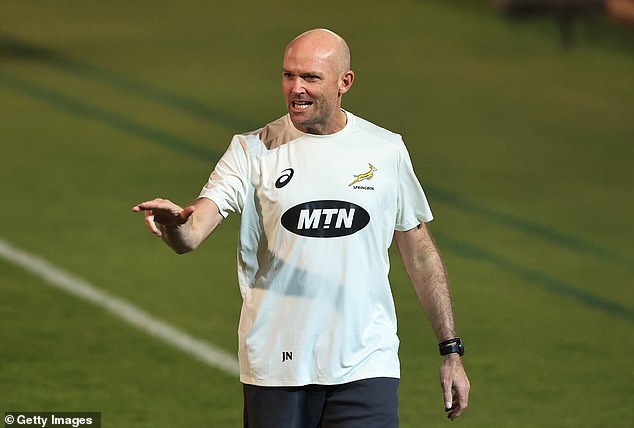