The size 26 model Tess Holliday has been accused of ‘celebrating’ obesity by Loose Women viewers.

The mother-of-two, from Mississippi, defended herself during her appearance, after it was suggested that she could be encouraging her fans to be unhealthily overweight.

Tess, 32, an advocate for body positivity, has often referred to herself as ‘fat’, and says she has been on a mission to reclaim the word and encourage others to embrace their bodies.

But some watching at home took to social media to insist Tess, who is a size 26, could not be healthy – with one accusing her of ‘saying it’s okay to be obese’. 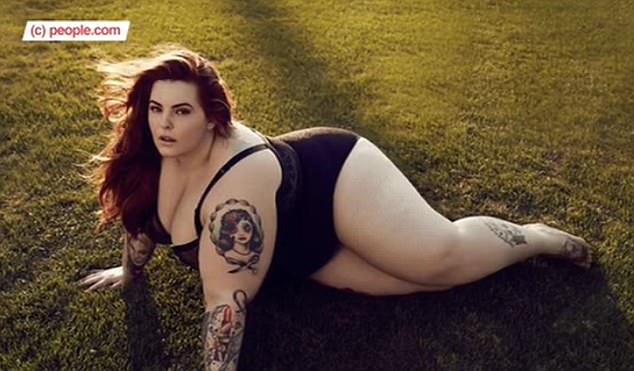 The model, who was promoting her new biography The Not So Subtle Art of Being a Fat Girl, is an advocate for body positivity

‘Can’t believe we live in a society where models who are seen as too thin are shunned but obese models are celebrated.’

Another fumed: ‘This ‘plus size supermodel’ is not a role model! I’m sorry, being a size 26 is putting your health at risk.

‘I’m all up for curves and loving the skin you’re in. But she shouldn’t celebrate obesity.’

One person said: ‘Obesity shouldn’t be celebrated. She’s not healthy, her organs will be surrounded by fat & her joints will be under huge stress.’

The married mother-of-two explained to the panel – which included Stacey Solomon, Denise Evans, Coleen Nolan and Ruth Langsford – that she was healthy and was determined to be there for her children.

The redhead, who often posts saucy snaps on her social media page said: ‘I would not go through having kids and what it does to your body to not be around for them.

‘I am very active, I always challenge anyone to keep up with a day in my life. 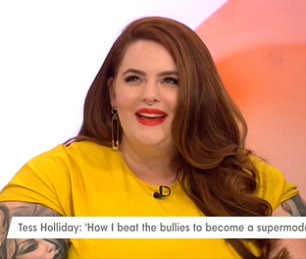 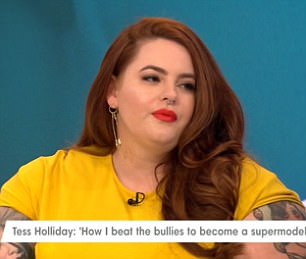 Tess said she is learning to love her body after having her second child, and wants to encourages others to embrace their bodies 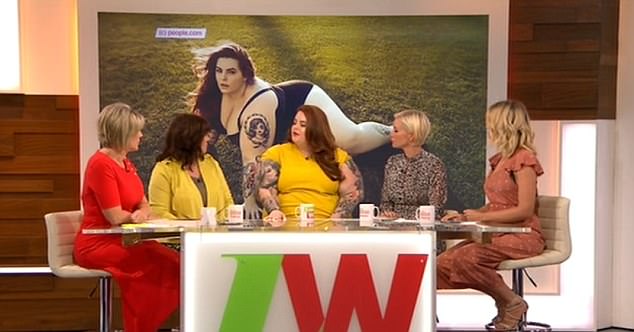 The plus-size model, who was promoting her new biography The Not So Subtle Art of Being a Fat Girl, has 1.5 million followers on Instagram and she says she isn’t ‘celebrating obesity’.

‘No one is celebrating obesity, I am celebrating being the first model my size in the world to be in an industry where everyone said I couldn’t.

‘I am celebrating existing in my body and loving myself, when everybody said I wasn’t worth anything.’