Skeleton of a dinosaur that inspired the ‘raptor’ in Jurassic Park sells for $12.4 MILLION

A skeleton of a fearsome dinosaur that was depicted in a terrifying scene in Jurassic Park has sold for a whopping $12.4 million at auction.

Deinonychus became one of the world’s most recognisable dinosaurs, after the release of the 1993 blockbuster ‘Jurassic Park’, in which it stalked the children through a kitchen.

But the creature’s true name was not considered dramatic enough by the writer of the book, on which the film was based.

Instead, author Michael Crichton chose to call it a velociraptor which was in fact a much smaller relative of Deinonychus. 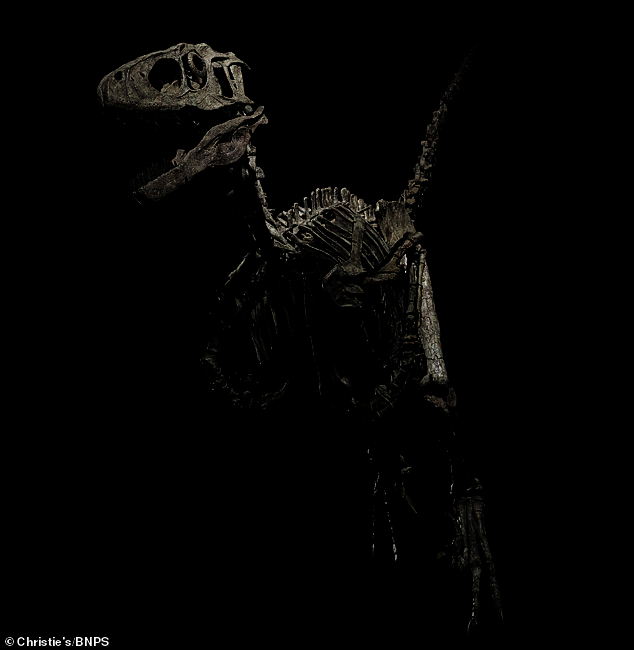 The Deinonychus – meaning ‘terrible claw’ – was unearthed in Wolf Canyon, Montana, US between 2012 and 2014, where it had lain almost perfectly preserved for around 110 million years since the early Cretaceous period. 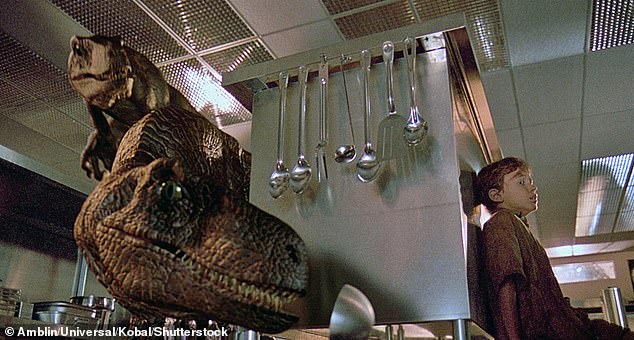 Deinonychus became one of the world’s most recognisable dinosaurs, after the release of the 1993 blockbuster ‘Jurassic Park’, in which it stalked the children through a kitchen.

What we know about Deinonychus

Deinonychus was a small carnivorous theropod that lived during the Early Cretaceous period, 120-110 million years ago.

Around 10ft in length and weighing 165lbs, it walked on two legs and had backward-curving teeth for eating vertebrates and other plant-eating dinosaurs.

Deinonychus could hold onto its prey with fearsome front claws.

One huge claw on each foot swivelled – a kick would rip prey apart. When not in use the claw was held out of the way to keep it sharp.

Consisting of 126 fossilised bones, Hector is the largest and most complete specimen of its kind ever discovered – although part of its skeleton and most of its skull are reconstructed, the auction house said.

The exceptionally rare artefact attracted the attention of collectors from across the globe, as the vast majority of dinosaur fossils belong to museums.

It was purchased by an anonymous buyer.

The trend of high-priced fossil sales has irked some paleontologists, who fear that specimens could become lost to science if they are bought by private individuals rather than public institutions.

Back in 2020, for example, a 40ft T-Rex skeleton known as ‘Stan’ smashed the world record for sale of a dinosaur by four times, selling at Christie’s for $31 million to an unidentified bidder.

However, commercial paleontologists argue that their work is critical to science too, and that they need to be paid so they can keep doing it. 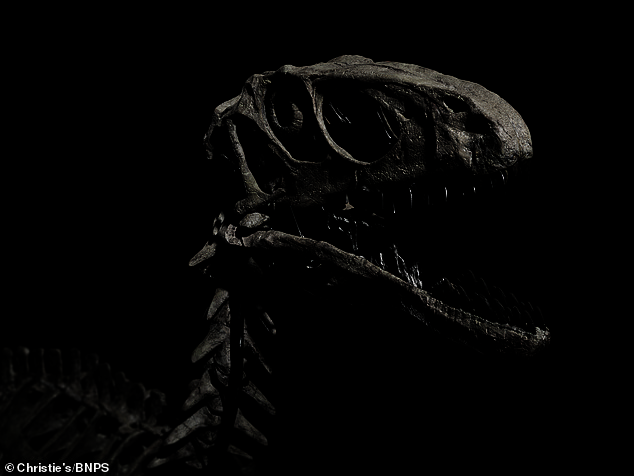 Consisting of 126 fossilised bones, Hector is the largest and most complete of its kind ever discovered. 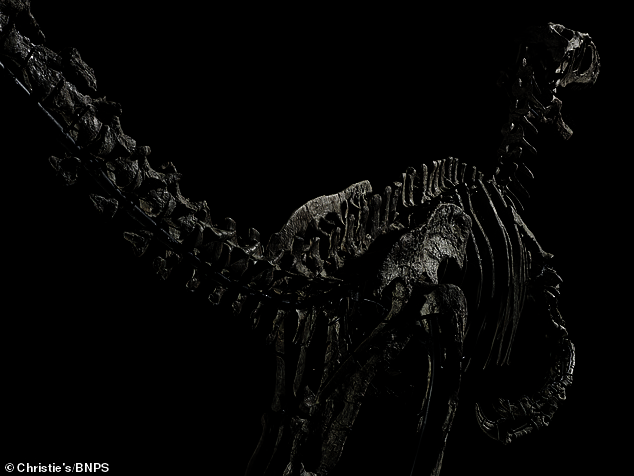 The skeleton was found by commercial paleontologist Jared Hudson and acquired by an anonymous buyer.

The Deinonychus – meaning ‘terrible claw’ – was unearthed in Wolf Canyon, Montana, US between 2012 and 2014, where it had lain almost perfectly preserved for around 110 million years since the early Cretaceous period.

The specimen was excavated by Jack and Roberta Owen, self-taught paleontologists, according to Jared Hudson, a commercial paleontologist who bought and prepared the specimen.

Hector has only been publicity exhibited once before at the Natural History Museum of Denmark in Copenhagen.

James Hyslop, specialist at Christie’s, said: ‘It was an absolute privilege to showcase a rare dinosaur species, especially one revered both globally and culturally.

‘This iconic predator remains truly thrilling to a worldwide audience and is one of the most famous dinosaurs.

‘With a handful of recorded specimens found and only two skeletons in museum collections, the Raptor is the single most complete Deinonychus known to exist, and the only privately owned specimen.’

The dinosaur belonged to a group of species called therapods, carnivorous creatures which walked on their hind legs. 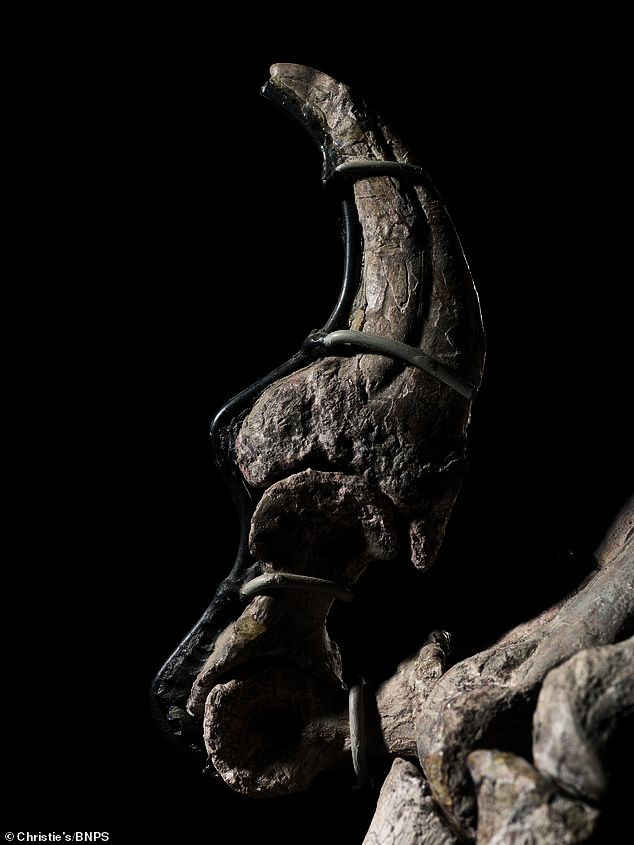 They hunted in packs and used their huge hooked claws to spear down and disembowel prey with a powerful kick.

The Deinonychus’ discovery in 1964 triggered a shift in scientific understanding of dinosaurs which were previously believed to be cold blooded and lizard-like creatures.

Instead, it is now thought that they were warm blooded animals linked to the early evolution of birds.