Skier captures the terrifying moment he has to outrun an avalanche

A video of a skier who managed to outrun an avalanche on mountains more than 3,000 feet higher than Mont Blanc has re-emerged.

The sportsman’s footage reveals snowy slopes dazzling in the sun near the town of Mestia, Georgia, in the Caucasus mountains.

He looks up to a group of skiers before starting to make his approach down the mountain.

A skier managed to outrun an avalanche when the slope on the Caucasus mountains near Mestia, Georgia, gave way

Powdery snow covers his skis and leaves a trail behind him as he makes the gradual approach towards Mestia.

Moments later however, a large crack in the snow appears ahead of him.

He gasps as the crack spreads into larger fractures in the snow’s surface.

The extreme sportsman grows more breathless as the snow starts to break off into large segments and fall apart below his skis. 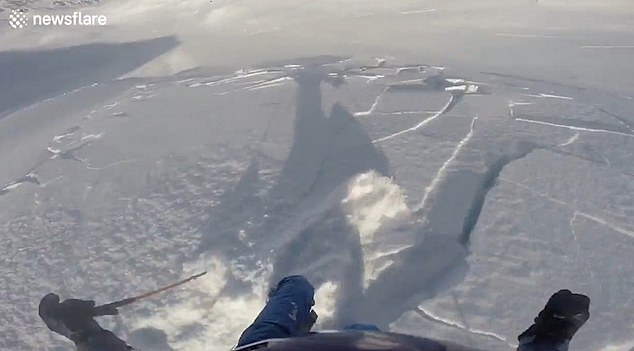 His vision becomes blurred by the snow and leans his legs towards the mountain as he tries to maintain control skiing down the tumbling slope, in the footage from February 14 2017.

Seconds later, his legs widen as more snow falls and he appears at the mercy of the avalanche which is thundering towards him.

The skier then lift one of his skis to shake off the snow and continues trying to speed down the mountain side. 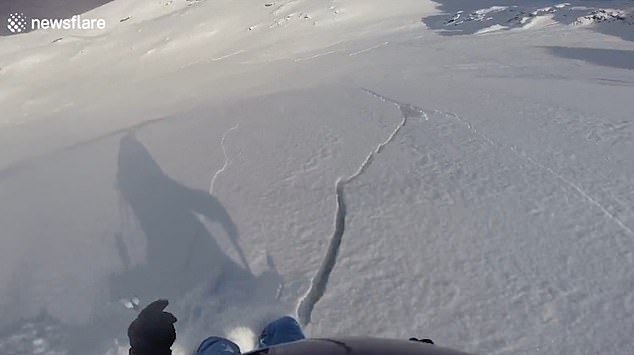 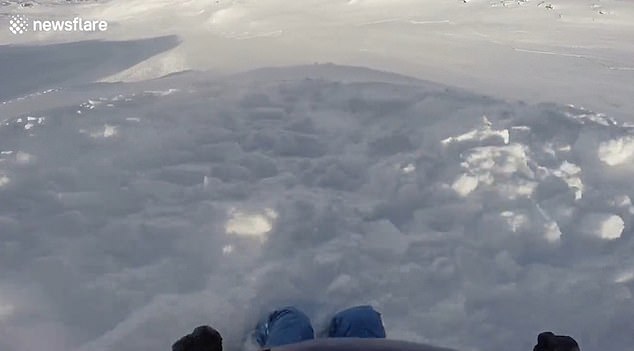 The snow crumbled below him and he managed to speed away from being dragged into the avalanche. He said ‘skiing is fun but also a big risk’ after the incident

He holds his skis close together and bends to rocket down the final part of the Caucasus.

Gradually he finds his way to flatter land and grinds to a halt.

The skier later commented: ‘Skiing is fun but also a big risk.’

Mestia has been named World Heritage Site by UNESCO and boasts Hatsvali and Tetlundi as its ski resorts. 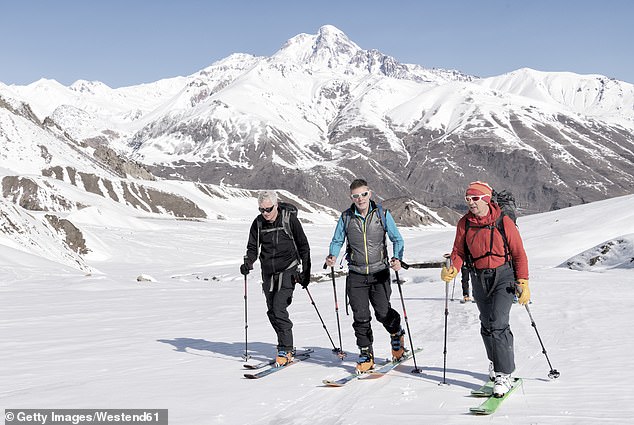 The Caucasus mountains are a popular destination for skiers who want a challenge. Mestia has two main resorts Hatsvali and Tetlundi (file picture)

Meanwhile the Caucasus mountains lie between the Black Sea, Caspian Sea and are occupied by Russia, Georgia, Azerbaijan and Armenia.

Europe’s highest mountain is Mount Elbrus at 18,510ft in the Caucasus Mountains.

And a group of Russian tourists were saved by Georgian rescuers after getting trapped in an avalanche in Georgia’s high mountainous region of Svaneti, in January.