A skier had a harder landing than he hoped for when his jump off a giant rock send him cartwheeling down the mountain – without his skis.

The daredevil’s friends shouted encouragement as he stood at the top of a large drop, believed to be in the USA, ready to jump.

All seemed well as he flew through the air but when he landed his ski tips seemed to dig into the snow, tipping him forward at force.

The man tumbled in cartwheels down the hill, like a rag doll tossed down the staircase.

His friends, who were watching nearby, filmed the entire, spectacular fall. 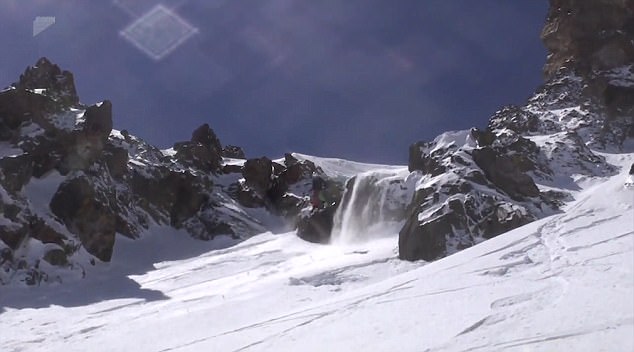 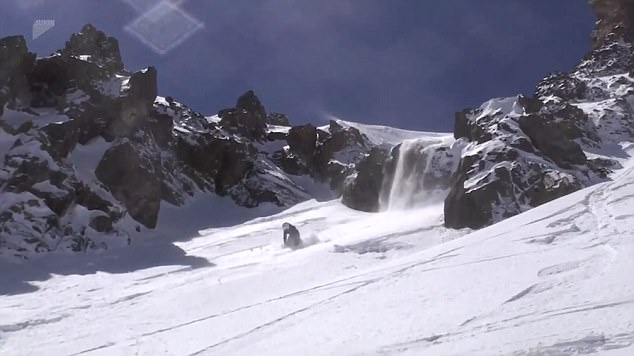 But as he lands, the tips of his skis seem to dig into the snow, flipping him forward 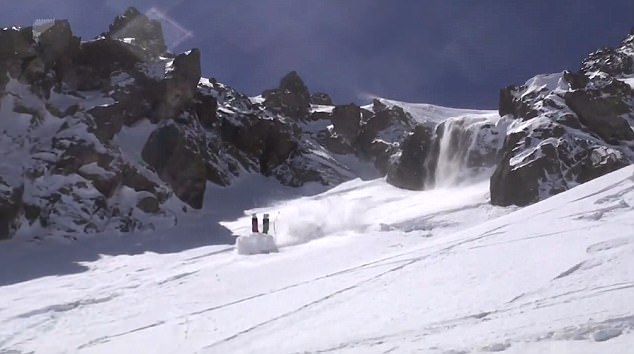 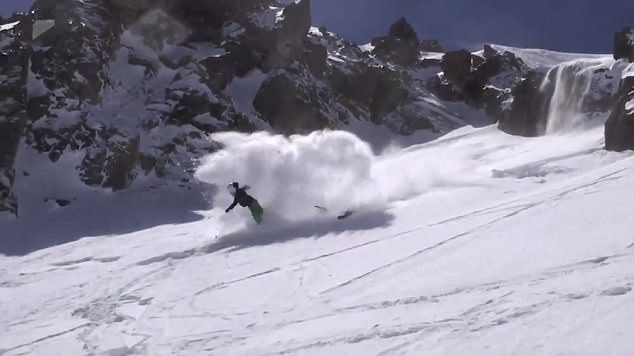 He then starts a very rapid descent of the snow covered mountain side, tumbling down quickly 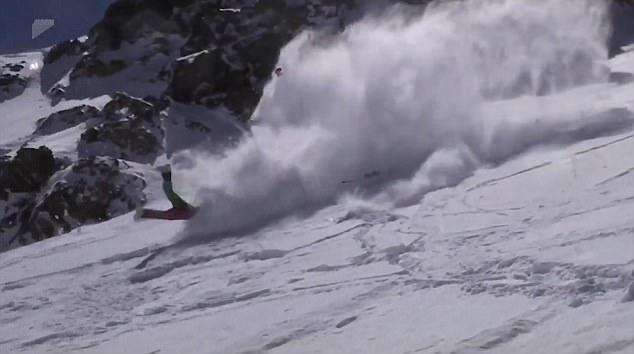 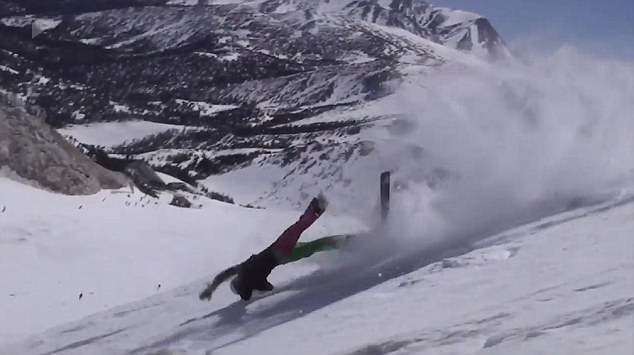