A young mother’s skin cancer selfie on Facebook lead to a spike in Google searches about the disease in ways usually seen with celebrity health disclosures, a new study revealed.

The photo, posted on April 25, 2015, showed then 27-year-old Tawny Willoughby’s face covered in scars and blisters with the caption ‘this is what skin cancer treatment can look like’ after using sunbeds four to five times a week as a teenager.

The Kentucky nurse’s selfie went viral, drawing tens of thousands of shares and sparking a public discourse which doctors have compared to the surge in breast cancer testing in 2013 afterAngelina Jolie revealed she had undergone a double mastectomy.

The researchers also compared the skin cancer survivor to Charlie Sheen whose 2015 revelation that he was HIV positive led to large increases in HIV-related searches and testing.

The viral photo: Tawny Willoughby (pictured, left, recently), a nurse from Kentucky, posted a photo of her blister-covered face (right) in 2015 warning others of the dangers of sunbeds

This graph from the UNC report shows how Google searches for skin cancer increased 162 percent after Willoughby’s photo was posted on April 25, then subsequently went viral

‘[Willoughby’s] cancer selfie appears to have engaged the public in ways only previously seen with celebrity disclosures,’ the study states.

A year after the viral photo, Willoughby posted a selfie of her face looking much healthier and blister-free following a bout of treatment.

However, she is still battling skin cancer. Earlier this year, Willoughby, who has since moved to Alabama, posted a photo of a basal cell carcinoma on her back, further highlighting the risk of tanning beds, sunburns and the high risk of recurrence of skin cancer.

Researchers at the University of North Carolina at Chapel Hill praised Willoughby for promoting that awareness.

They found that Google searches for skin cancer increased 162 and 155 percent on May 13 and May 14, when news about Willoughby’s graphic selfie reached its peak.

‘What surprised me is how much one person’s voice could have an impact on public interest about skin cancer,’ researcher Dr Seth Noar, professor of media and journalism at the University of North Carolina at Chapel Hill, told Daily Mail Online.

The findings also revealed Google searches for about skin cancer prevention and tanning were also significantly higher than expected. 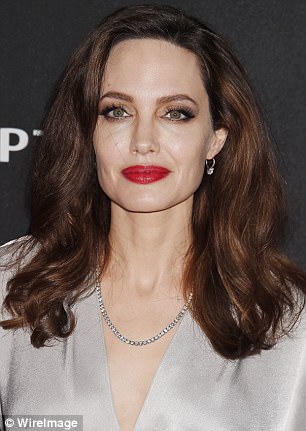 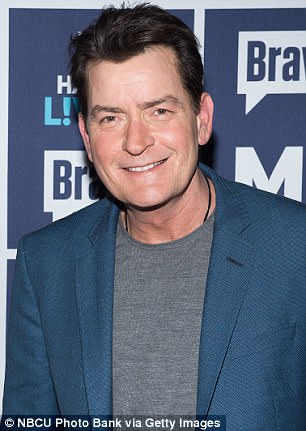 On May 14, skin cancer searches that also included the words ‘prevent’ or ‘prevention’ increased 147 percent and remained significantly high for the next few days, before returning to expected volumes on May 17.

Willoughby’s selfie lead to an increased public engagement with skin cancer prevention. Researchers believe it these types of events will happen more often given the ‘participatory nature of social media.’

‘The graphic photo that she shared – it’s difficult to discount her story when you see her selfie with “real” evidence of the toll that tanning beds have taken on her,’ Dr Noar said. ‘Tanning could have given her melanoma, which could have cost her her life.’

Additionally, previous studies have suggested graphic images may increase the impact of skin cancer prevention messages. Willoughby’s graphic photo was shared about 50,000 times before it was picked up by media. 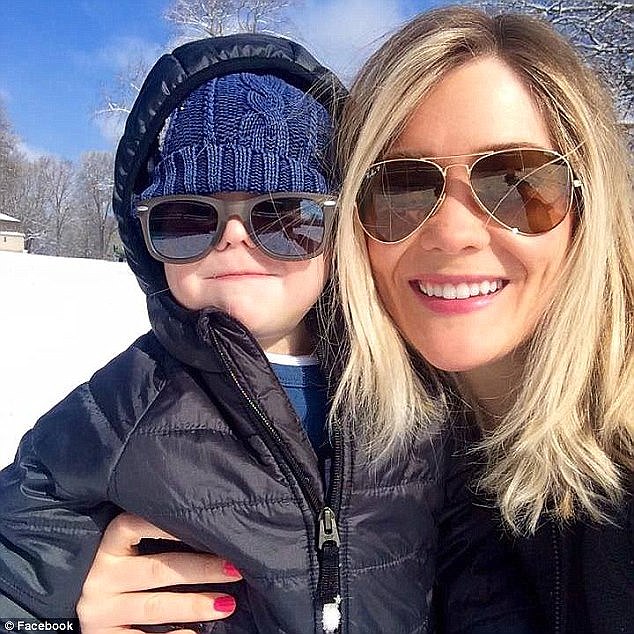 Tawny, pictured with her son Kayden, used to use sunbeds four to five times a week as a teen 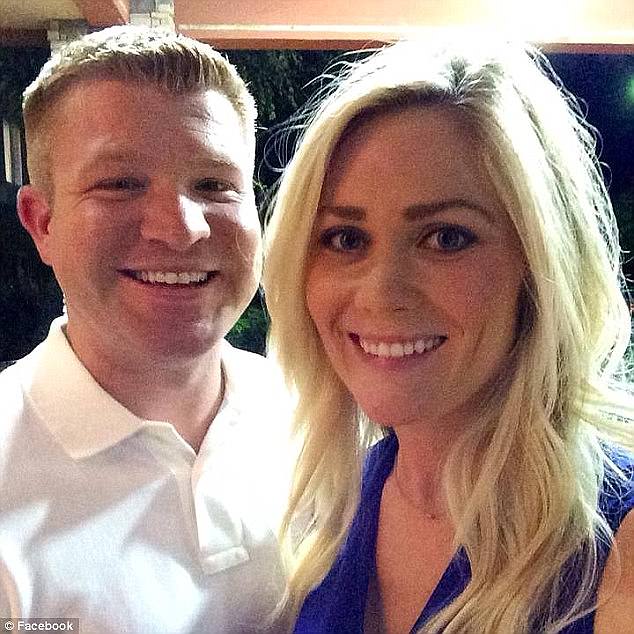 Willoughby, pictured with husband Cody, has been praised for helping to increase public engagement with skin cancer prevention

Given the impact of Willoughby’s selfie, researchers believe social media could be used to reach people with skin cancer prevention interventions.

In fact, previous studies have revealed that social media use is associated with pro-tanning beliefs and indoor tanning among women. Which means Willoughby’s selfie was able to have such great impact – despite not being a formal public health intervention – because it reached indoor tanners and others who are at risk of skin cancer.

Skin cancer is the most common form of cancer in the US, according to the Centers for Disease Control and Prevention.

Researchers say the study shows the impact a graphic Facebook past can have on the public’s engagement in skin cancer prevention.

However, more research is needed  to understand how social media can be used to roll out interventions that can improve public health and subsequently reduce mortality.