Skip off to Skipton! A guide to the market-town gateway to the Yorkshire Dales

The people of Skipton have plenty to smile about. After all, the busy market town — often described as the gateway to the Yorkshire Dales — is routinely recognised in polls and surveys as one of the happiest places to live in Britain.

And it’s easy to see why. There’s an imposing, 900-year-old castle which keeps graceful watch over the historic cobbled High Street, while the town itself — some 18 miles north-west of Bradford and home to around 14,500 people — is encircled by glorious countryside and limestone hills.

Little wonder the choice of where to stay tends to divide visitors. Some go for a town centre classic B&B, such as the Unicorn — a landmark building in Skipton, having traded as a hotel for more than 100 years. 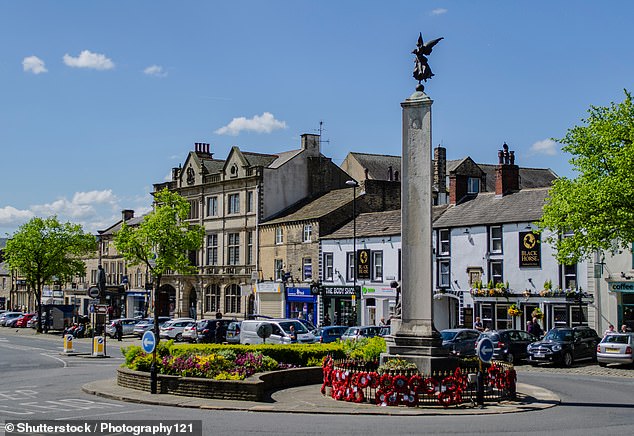 Skipton is routinely recognised in polls and surveys as one of the happiest places to live in Britain. Pictured, the Cenotaph at the top end of the town’s High Street

Others choose to base themselves in the countryside. The Coniston Country Estate and Spa is only a 15-minute drive away.

For many, the retail therapy on offer is as much an attraction to Skipton as the vestiges of its ancient past.

Independent shops run by people who have lived and worked in the town for decades are the arterial life of the town centre.

Skipton market, which dates back to medieval times and operates four days a week, prickles with stalls selling everything from arts and crafts to Yorkshire-made blankets.

Skipton gets its name from the Anglo Saxon words ‘sceap’ (sheep) and ‘tun’ (town), and so was recorded in the Domesday Book as Scepeton. Founded in the 7th century, it was granted to the de Romille family in 1066. 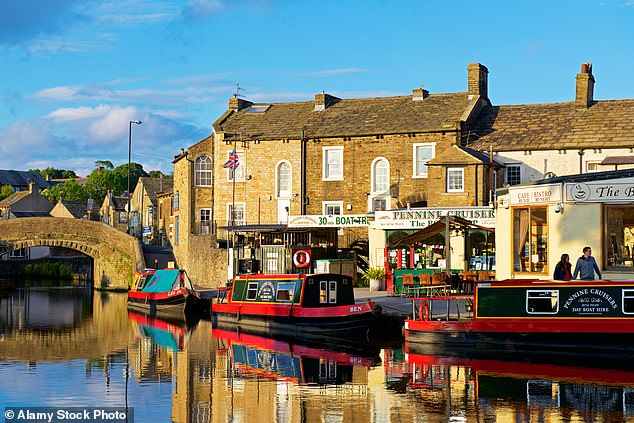 Date with history: Enjoy a relaxing boat trip on the canal that runs through Skipton 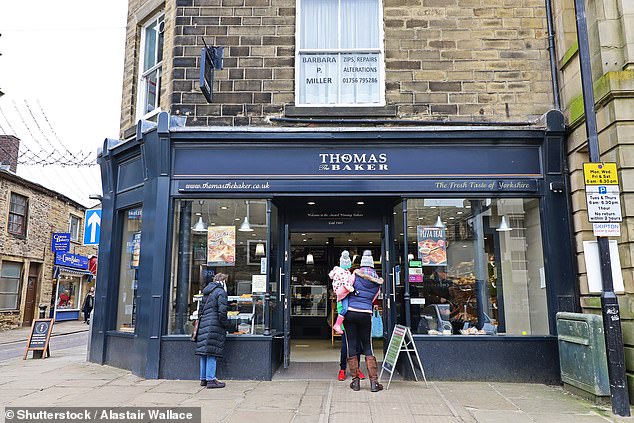 Norman baron Robert de Romille built the first castle fortress in 1090 to repel the expansions of Malcolm III of Scotland. And it’s to the castle visitors are inevitably drawn.

Enter through the round towers of the castle gate house, where the word Desormais — French for henceforth — is engraved overhead. This was the proud motto of the influential Clifford family who lived here from 1310 to 1676, having taken over after the de Romilles died out.

One of the most intriguing parts is to be found in the east tower of the gate house. Here, a ‘shell grotto’, one of only two such grottos in England (the other is in Woburn Abbey) is made from volcanic rock, Jamaican coral and Guernsey ormer shells, to depict fire, air, water and earth.

The castle withstood a three-year siege during the Civil War, and was the final bastion of the Royalist cause in the North, only yielding to Cromwell in 1645. (According to legend, during the siege, sheep fleeces were hung over the walls to deaden the impact from the rounds of cannon fire.)

Certainly, it’s a nugget of history which focuses the mind as visitors climb from the depths of the dungeon — where prisoners were once kept when awaiting trial at York Assizes — to the top storey of the watchtower. 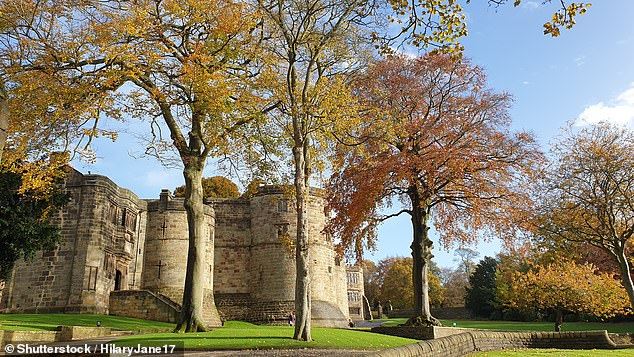 Norman baron Robert de Romille built the first castle fortress in Skipton in 1090 to repel the expansions of Malcolm III of Scotland. And it’s to the castle visitors are inevitably drawn 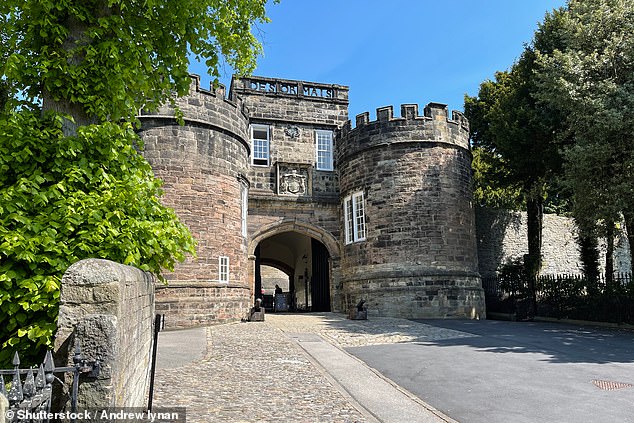 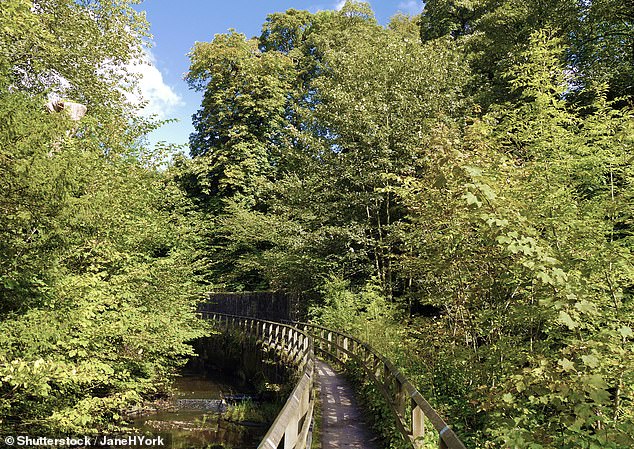 Neat in size, it doesn’t take long to cover the interior, which includes a banqueting hall and medieval kitchen, as well as the bedchamber (and privy!). After which you emerge into the Tudor courtyard, with a yew tree planted in its centre.

Close to the castle are 36 acres of ancient woodland. Known as Skipton Castle Woods and set in a river valley, the covered paths make it an easy place to stroll. And they’re a haven for wildlife: between the Springs Canal and the babbling Eller Beck, we’re told you’re likely to see resident herons or the blue flash of kingfishers (sadly, we see neither).

A practiced ear will hear, even if eyes cannot see, woodpeckers. Meanwhile, at least 17 species of tree flourish here, including oak, chestnut, rowan and sloe.

Skipton must be a happy place to live — and it imbues those who visit with a strong sense of happiness, too.