A newsreader held back tears as she became overwhelmed with emotion while reading out the names of coronavirus victims on live TV.

Sky News anchor Kimberley Leonard’s voice began to break as she shared obituaries for some of those who have lost their lives during the Covid-19 pandemic.

It came as the total number of deaths yesterday surpassed 20,000 – the figure the government notoriously insisted would be a ‘good result’.

The presenter told viewers: ‘Behind each number is a personal story.

‘We know the oldest person to die from coronavirus was 108. The youngest – just five years old.

‘A loving husband to his wife Maureen, Gordon William Martin was from Greater Manchester and had a range of jobs throughout his career. He played cricket in his younger years and left a family that loved him deeply.’

Kimberley’s voice then begins to crack as she moves onto the story of pharmacist Pooja Sharma, who died a day after her father, who were both infected with the virus.

The presenter becomes more visibly upset and struggles to read the segment as she continued: ‘Paying tribute to their friend, her loved ones said her laugh was contagious and that she gave her friends nothing but love, support and a tummy ache with all the laughter.’

The story of Pooja Sharma, pictured, who died of coronavirus, sparked an emotional response

Ms Sharma, 33, a pharmacist at Eastbourne District General Hospital, died unexpectedly on March 26 according to a JustGiving page created in her memory.

Her father Sudhir Sharma, an immigration officer at Heathrow Airport, had died the previous day.

A friend of Pooja’s posted online: ‘May their souls rest in peace. Sending my heartiest condolences, prayers and love to their family.’

They added: ‘Please, please, please inform family and friends to take this very seriously and to self-isolate, socially distance themselves as much as possible, for their families if not for themselves. 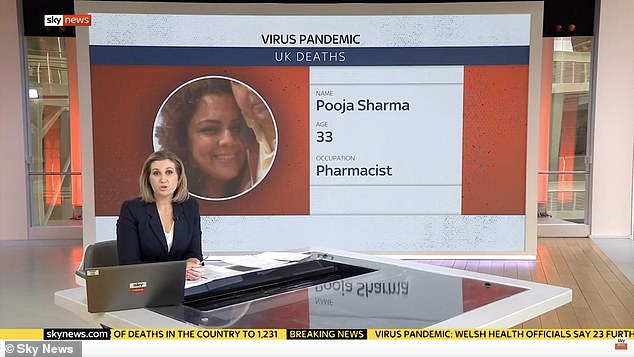 Kimberley Leonard’s voice began to break as she shared an obituary for pharmacist Pooja Sharma, pictured 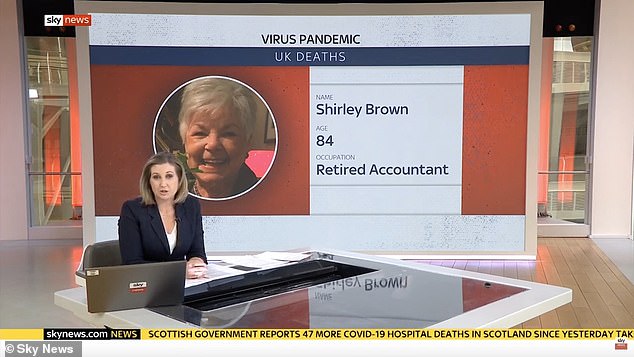 After telling the story of retired accountant Shirley Brown from Kent, pictured, the presenter paused and asked viewers to excuse her as she took a moment to regain her composure 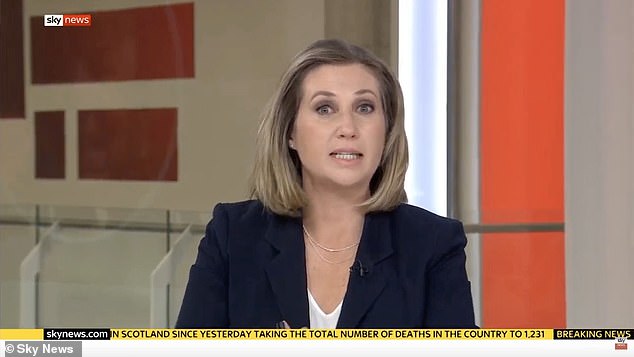 The visibly upset anchor, pictured, whispered: ‘Yeah. Thank You,’ at the end of the emotional segment

Kimberley then paused and asked viewers to excuse her as she took a moment to regain her composure.

‘Shirley Brown was from Kent and she was known to everyone as Debbie,’ she went on.

‘She was a grandmother of six and she enjoyed making arts and crafts.’

At the end of the segment, she whispered: ‘Yeah. Thank you.’

As the number of deaths hit the grim 20,000 mark, Home Secretary Priti Patel told the government’s daily press briefing it was not time to lift the lockdown as the country entered its fifth weekend with restrictions.

She warned: ‘Our instruction remains clear, people should stay at home, protect the NHS and save lives. We know that people are frustrated but we are not out of danger. It is imperative that we continue to follow the rules.’