A terrifying video shows the moment a novice skydiver got tangled in her parachute and fell through the air to her near-death during a jump gone wrong.

Carol Murray Rodriguez, 44, suffered life-changing injuries, including a fracture which saw her thigh bone rip through her skin, and said she continues to suffer the consequences of the horror jump 20 years on.

The PR professional said the footage of her 24-year-old self becoming tangled up in her parachute in mid-air in September 1997 still gives her chills. 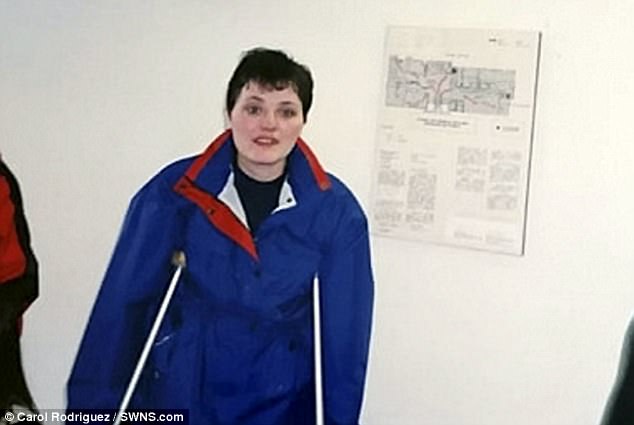 Carol on crutches after the accident. She thought she was going to die as the hurtled towards the ground

After taking four hours of what she calls ‘bogus lessons’, Carol was allowed to jump from the aircraft on her own – without an experienced skydiver.

The nightmare footage, captured on the ground using her camcorder, shows the amateur diver jumping out of the aircraft moments before her parachute is pulled in the wrong direction by the wind.

Carol is seen panicking as she becomes tangled in the parachute and attempts to activate the reserve – which failed to open as she tumbled towards the ground.

She said: ‘In that moment I just thought to myself “Oh f**k, God I’m going to die”

‘I don’t remember hitting the ground, but I crashed into a little old lady’s yard at 55mph.

‘I had a compound fracture on my right femur, which means my bone broke in two and ripped through my muscle and skin.

‘My bone was embedded 9cm into the wet ground.

‘Along with my serious femur fracture, I also broke my other femur in two places, I broke my pelvis, I chipped vertebrae, I punctured a lung, broke several ribs, and I had a cut under my chin where the strap from my helmet had dug into me I still have a scar there. 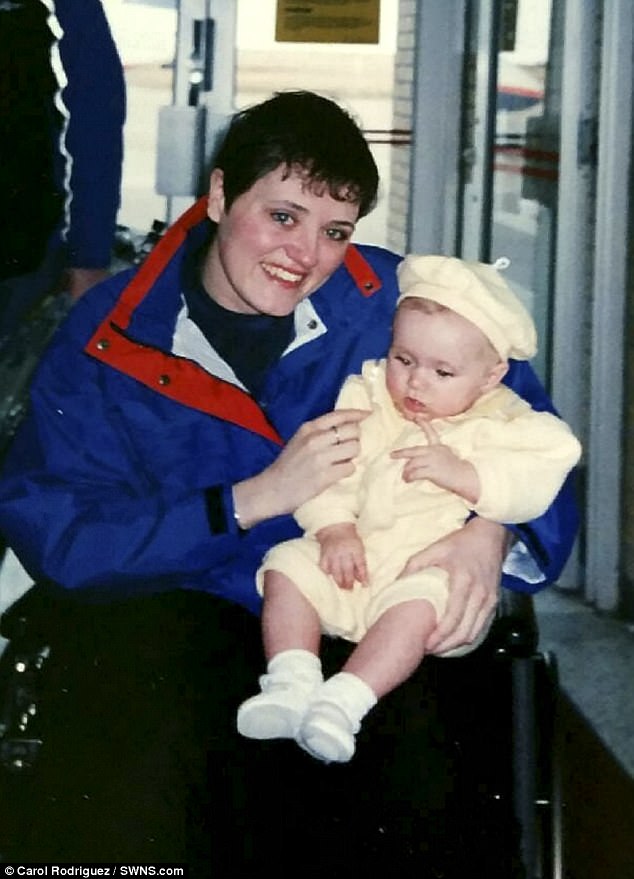 Carol, pictured holding a friend’s baby, spent two years in a wheelchair and three years in rehab after the accident 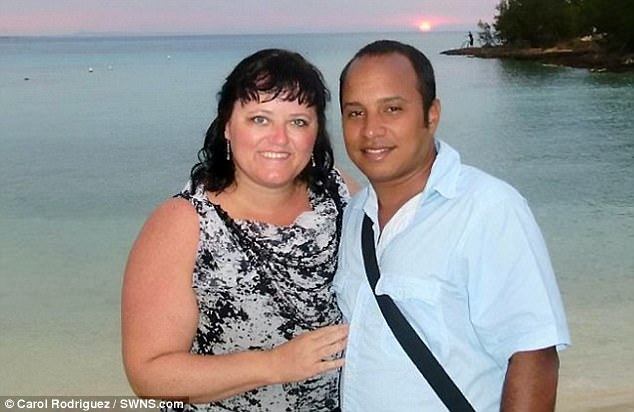 ‘After my accident, I spent more than two years in a wheelchair and three years in physical rehab.’

Carol, who lives in Halifax, Nova Scotia, said the chilling footage brought her husband, 38-year-old Leo Rodriguez, a long-haul truck driver, to tears the first time he watched it.

‘When I showed him the video, he got quite emotional. He really teared-up. He said it was really hard for him to watch. He couldn’t believe that it was me tumbling through the sky like that.’

The professional fundraiser said that she continues to live with the injuries sustained in the September 1997 accident, which occurred in Bradford, Ontario.

‘Since then I’ve had more than 25 surgeries.

‘I was very lucky to keep both of my limbs as there was a point when doctors were advising my parents that amputation was the best option. 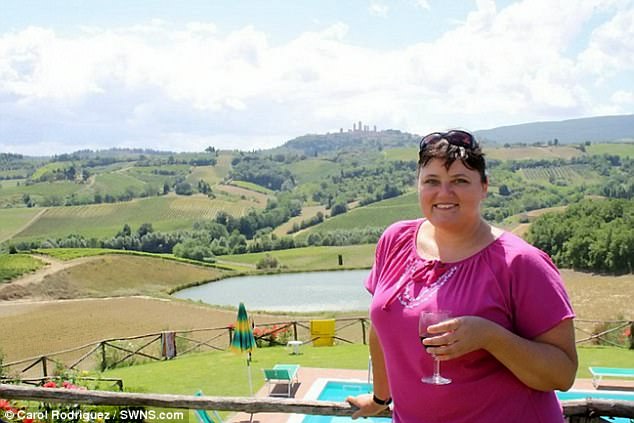 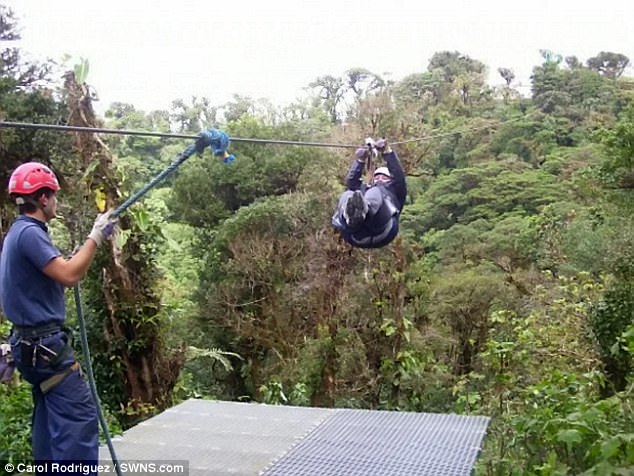 Despite the pain, the 44-year-old, pictured here ziplining, has not lost her love of adventure

‘My life was changed by that accident. Even now I live with chronic pain.

‘One of my legs is shorter than the other because I had to regrow my femur essentially.

‘I was taking daily pain medication up until a few months ago.’

Carol was also left with the financial pressure of her medical bills as her insurance company didn’t provide coverage in the wake of her accident.

She thought of suing the skydiving company for negligence but they didn’t have enough assets to make a lawsuit worthwhile, and the firm went into liquidation soon afterwards.

While Carol has taken part in adventure activities since her accident, including ziplining and rollercoaster riding, she says her skydiving days are over.

She added: ‘I would probably never skydive again. I don’t feel like it is necessary. I don’t judge people for it but for me it would be like tempting fate.’