Skye Wheatley made a belated Tiger King reference on Wednesday while flaunting her enviable figure an animal print dress.

The mother-of-one, 26, covered up in a tight midi-dress, which featured a tiger print pattern.

She styled the wild ensemble with a bold cat-eye makeup look, as she arched her back to pose for the camera.

Her natural blonde locks framed her face, as she accentuated her plump pout with a rust-toned lipstick.

It comes after the Instagram influencer revealed she struggled academically when she was younger because she wasn’t an ‘average’ person, while reading out fans’ assumptions about her. 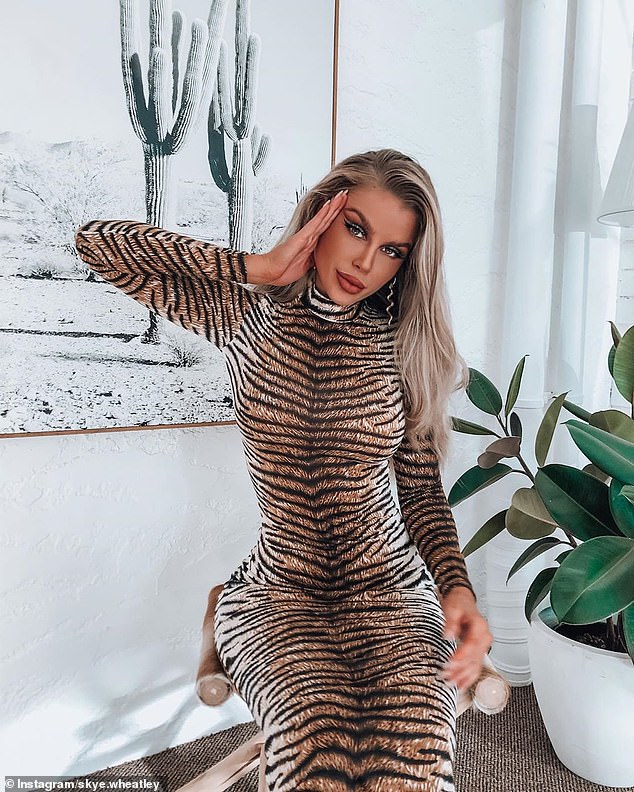 Trendy: The mother-of-one, 26, covered up in a tight midi-dress, which featured a tiger print pattern

The former Big Brother star explained she ‘hated’ school because couldn’t understand what she was studying, despite being ‘popular’ and loving the ‘social side’.

‘Ugh, hated school, hated study. And you know why I hated it? Because I just didn’t get it. I didn’t understand it,’ Skye said in her latest YouTube video, which has already amassed over 80,000 views.

The blonde bombshell added she felt like ‘nothing clicked’ for her because she wasn’t ‘average’.

‘Like maths was my worst subject. If you said to me “Skye, what’s 8×2?” I would not even know. I cannot tell you. Maths questions for me is like gibberish. Actual gibberish,’ Skye said. 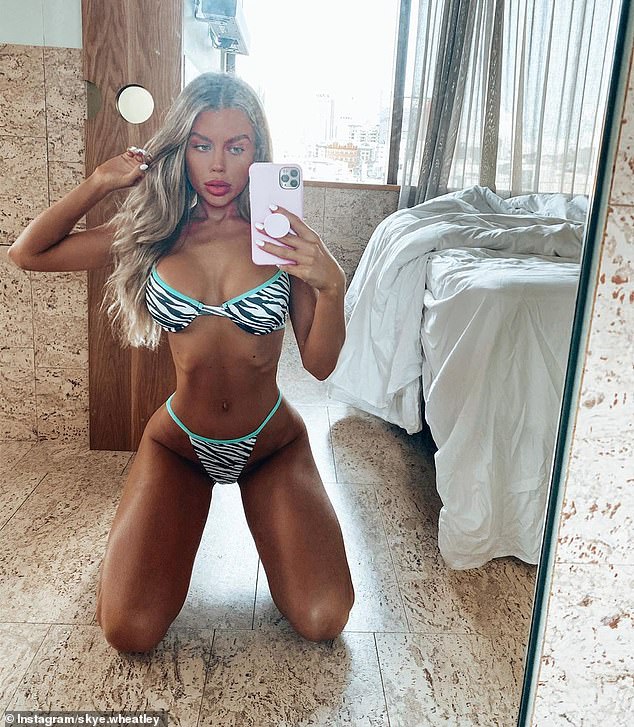 She continued:  ‘I found it really hard to absorb school information because my brain is not wired to learn like other people’s. I’m a very hands-on learner. I just learn very very differently to the average person.

‘So, I feel like school is very structured for normal people or the average student, so I wasn’t that. I just feel like the structure of how they teach things, not everyone is going to learn that way. It’s just how it is.’

Skye went on to reveal while she hated studying, she ‘loved’ the social side of school, claiming she was friends with everybody.

‘Maths questions for me is like gibberish’: It comes after the Instagram influencer revealed she struggled academically at school because she wasn’t an ‘average’ person