The Saints will march on now: Sky’s the limit under shrewd Ralph Hasenhuttl after Southampton avoid relegation from the Premier League

By Pete Carline For The Daily Mail

Rewind to last season’s corresponding fixture, almost exactly a year before this one, when Dusan Tadic scored his final two goals in a Southampton shirt. They sealed a 2-1 win over Bournemouth, a result which was key to their survival.

Back to the present, and things are pretty good for Tadic, now of treble-chasing Ajax, who visit Tottenham for Tuesday’s Champions League semi-final. After this humdinger sealed safety, things are looking up at Southampton, too.

In Ralph Hasenhuttl, they have a fine manager. A man-motivator, master tactician and someone who obviously relishes a challenge.

‘To be clear two games before the end is tremendous, amazing, sensational,’ he said, still beaming an hour after the final whistle.

Hasenhuttl has extracted 29 points from 21 games, often using square pegs in round holes. The careers of James Ward-Prowse, Nathan Redmond and Shane Long are transformed.

‘It was really maybe one of the most difficult jobs so far for me as a manager to come back with this team,’ he said.

The work for next season has already started. Top of his list will be cutting out the late goals. Southampton conceded for the 16th time in the last 15 minutes here to bring their tally to 27 points dropped from winning positions, a league high. 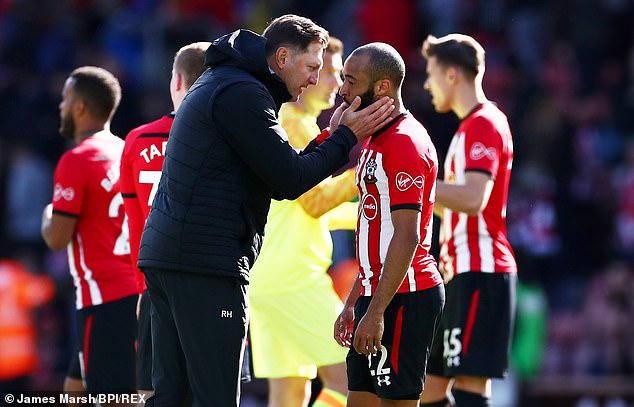 If they can add a centre half and a striker or two, the Saints will be a formidable package. Bournemouth boss Eddie Howe thinks so, saying: ‘I think it’s great that we are both still in the Premier League. I think they’ll be a lot stronger next year.’

The game? With three lead changes and tactical reshuffles aplenty it had pretty much everything. Although it is unlikely that the watching England manager Gareth Southgate will have taken many defensive notes.

Shane Long hit the opener and then missed an open goal from five yards. Bournemouth levelled through a brilliant team move finished off by Dan Gosling and edged ahead thanks to Callum Wilson.

James Ward-Prowse equalised, then Matt Targett made it 3-2 with a fine header, his first Saints goal. Wilson got his second with four minutes left — his 14th Premier League goal of an injury-hit season — and was denied a hat-trick by Saints keeper Angus Gunn. More of the same next season, please. 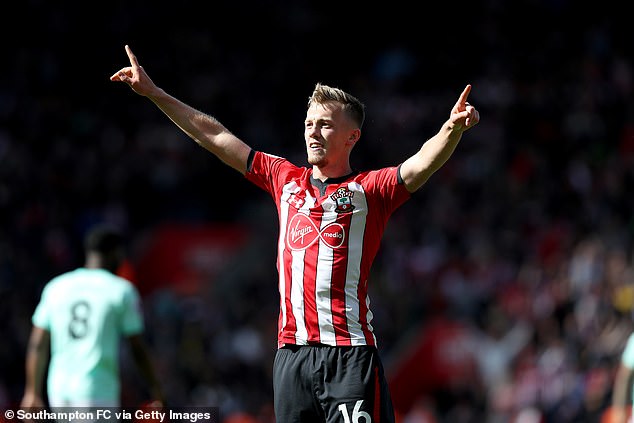