A Six Flags amusement ride came to a screeching halt on Sunday afternoon, leaving passengers feeling petrified as they were stuck in their seats for several minutes.

32 riders were aboard The SkyScreamer at Six Flags Great Adventure theme park in Jackson Township, New Jersey at the time of the unexpected event.

Park officials said the ride came to a stop about halfway through due to technical issues.

The passengers were aboard the couple minute ride which turned into a 15 minutes.

Spokeswoman Kaitlyn Pitts told NJ.com: ‘Our team returned the ride to its home position and guests safely exited the ride on the ground.

‘The safety of our guests is our top priority and the ride will be closed for a thorough inspection before re-opening.’ 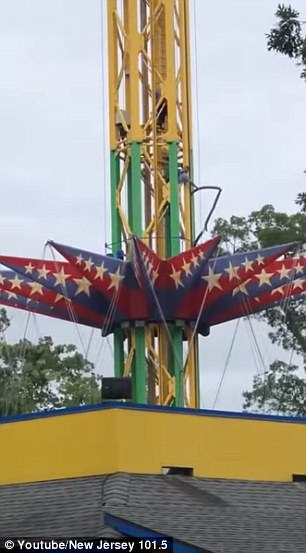 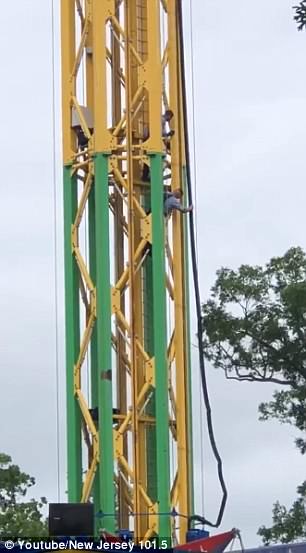 Park officials closed The SkyScreamer for the remainder of Sunday for inspection.

Six Flags website states the swinging ride elevates to 242 feet, with a top speed of 42 mph.

‘You’re sitting in a swing chair, dangling loose 24 stories up, getting hurled around in a 98-foot circle at nearly highway speeds – talk about airtime,’ the website states.

‘All you’re going to feel is air, with your feet dangling in the sky and hair blowing in the wind. The world far below you is making more revolutions per second than you can count.’ 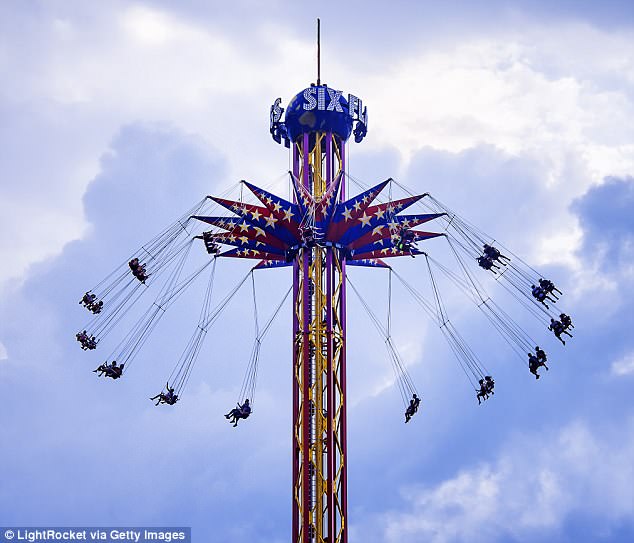