A Comanchero associate boasted of ‘looking lean’ and ‘feeling fit’ in a series of social media updates posted on his account while he was doing hard time in jail.

Scorsese had only walked free from a south Queensland prison on November 1 last year after serving three months for the brutal bashing of a bus driver.

He announced he was back on the streets on Instagram with a photo of himself with a shining Rolex on his wrist, standing by a Range Rover and showing off his abs.

‘#JAILFIT’: Liam Scorsese walks free from a south Queensland jail late last year – instantly posting to a social media account which was constantly updated while he was behind bars 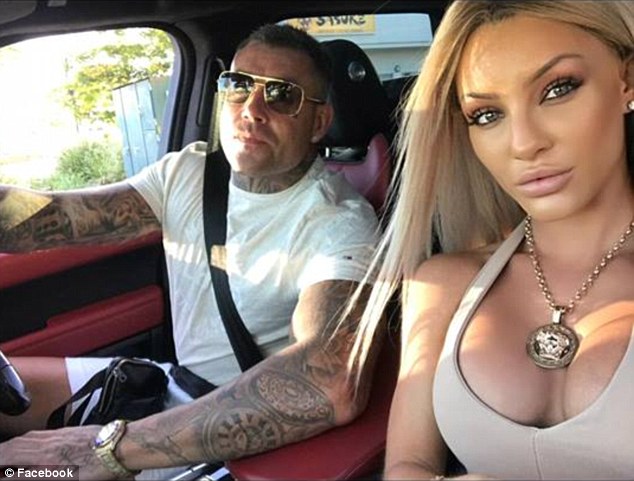 Scorsese, left, with his apparent lover Chireez Beytel in the months after he was released from prison 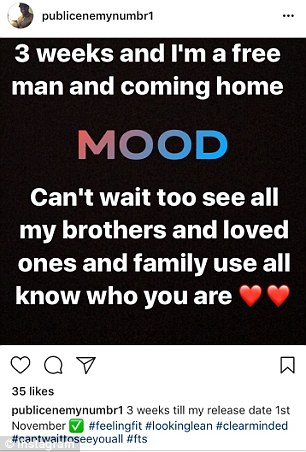 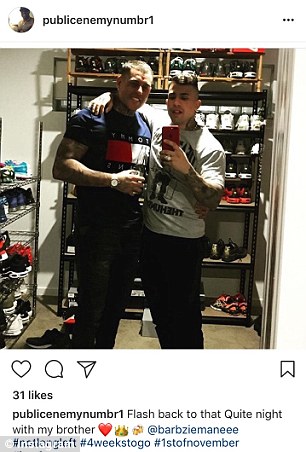 Two of many posts (left, right) uploaded to an account in Scorsese’s name while he was behind bars at Queensland’s Gatton jail

The same account, ‘publicenemynumbr1’ had uploaded a series of messages, many in first person, while he was supposed to be serving time at Gatton prison.

He also posted throwback photos with his friend Harley Barbaro, the brother of slain gangster Pasquale: ‘Flash back to my (quiet) night with my brother’.

Within moments of walking free Scorsese jumped on his Instagram account to describe himself as ‘#jailfit’ and marking the beginning of a ‘new chapter.’

It’s unclear whether Scorsese had any in the posts while behind bars.

When Daily Mail Australia alerted prison authorities to the posts in October, a Queensland Corrective Services spokeswoman said there was ‘no evidence the posts to Instagram referred to in this enquiry were made by the prisoner in question while incarcerated’. 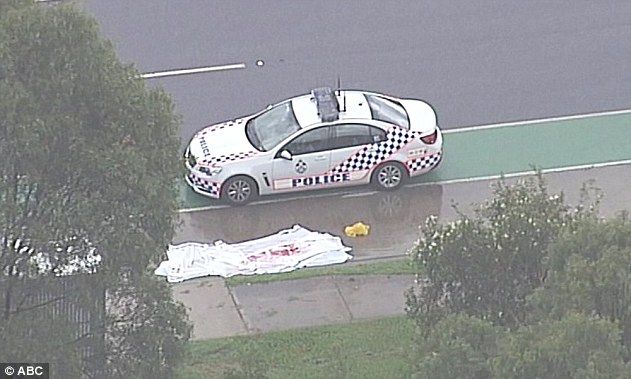 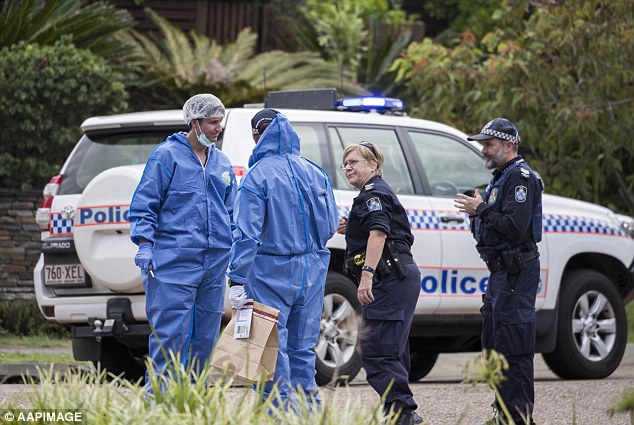 The former bikie associate was taken to Princess Alexandra Hospital in a critical condition but later died. Forensics and investigating police pictured yesterday

It is an offence to have a mobile phone in prison and allegations of any offences are referred to the Queensland Correctives Investigative Service, the spokeswoman said.

‘In some circumstances prisoners have been known to provide access to their social media accounts or have accounts created on their behalf while incarcerated.’

It’s understood life after jail had seen Scorsese get together with cosmetic tattoo artist Chireez Beytell and work with his father. 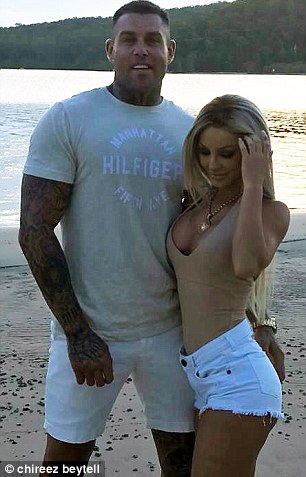 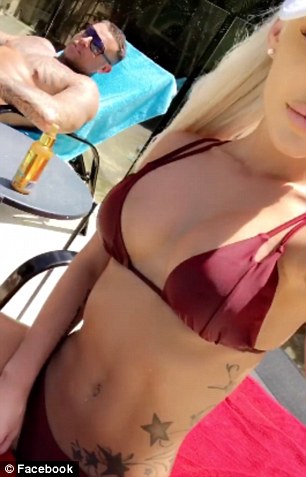 Lovers: Scorsese and his partner Chireez Beytell, left and right 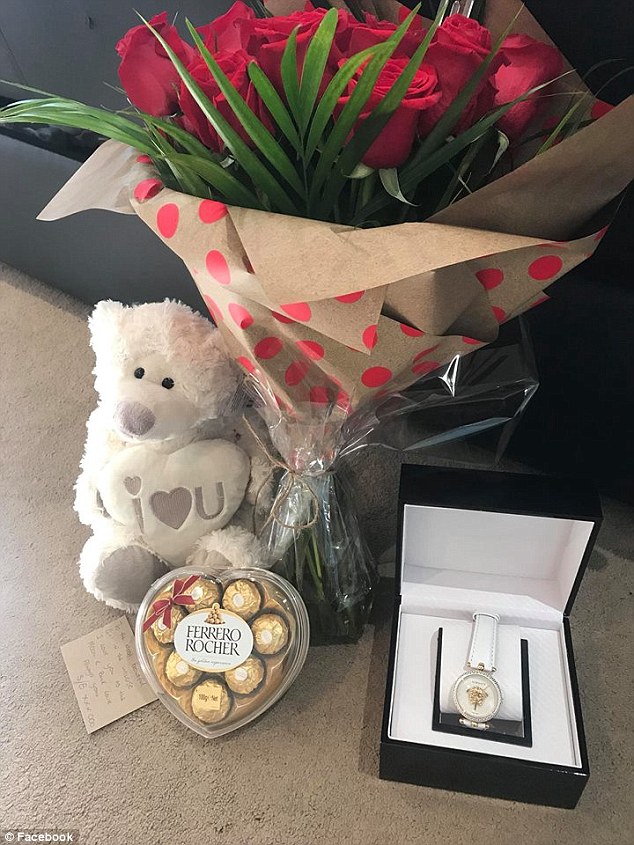 A Versace watch, a packet of high-end chocolates and a bunch of roses – Ms Beytell shared her Valentine’s Day gift from Scorsese

She posted a picture of a Versace watch, teddy bear and roses from Scorsese on Valentines Day.

‘The pain is unbearable, the suffering unimaginable,’ she said yesterday.

Detective Chief Superintendent Mick Niland told reporters officers present were ‘in fear of their lives’ when the shots were fired.

Scorsese was Tasered, but the weapon apparently had no impact.

The officers retreated before one of the two officers shot at him.