The Sydney solicitor shot dead at a cafe on Tuesday afternoon had a long list of clients engaged in organised crime in the city’s south-west.

Ho Ledinh, who was gunned down at Bankstown City Plaza in what police have described as a targeted hit, was also well-known in the Vietnamese community for his strong political views.

New South Wales Upper House Opposition Whip Shaoquett Moselmane, who had known Mr Ledinh since their university days, said he was ‘shattered’ and ‘sickened’ by his friend’s killing.

Witnesses reported a gunman approaching the 65-year-old about 3.30pm and shooting him up to four times as he sat at a table in the Happy Cup cafe which Mr Ledinh had part-owned. 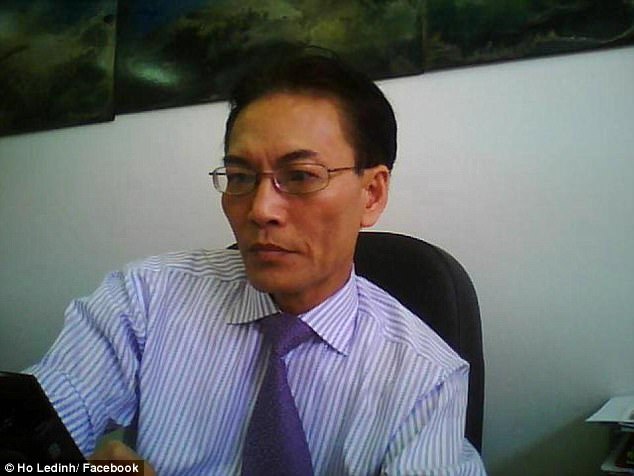 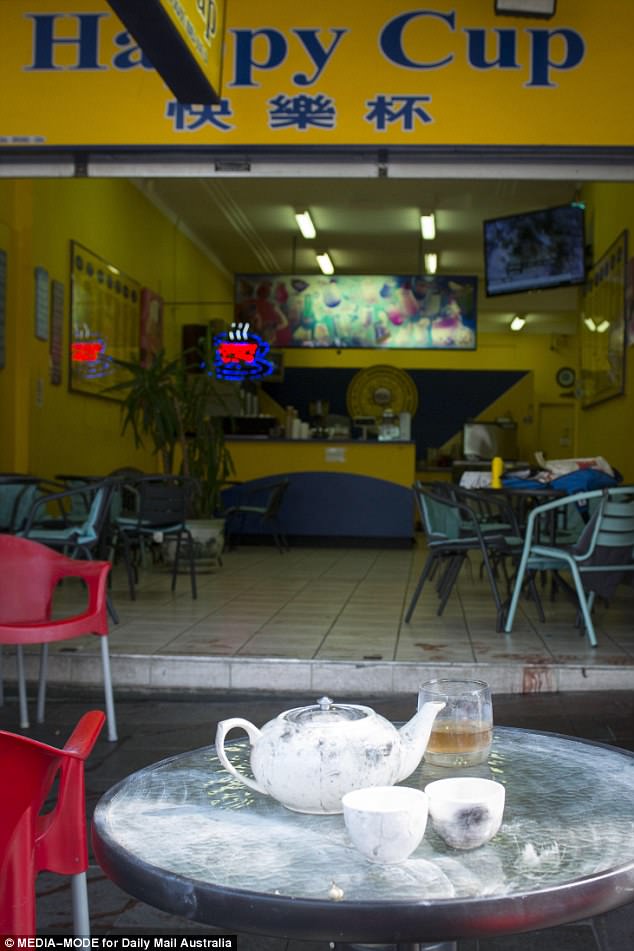 The gunman, who was possibly of Pacific Islander appearance, is still on the run.

‘He was a criminal solicitor, in the sense that that was his business to practise.

‘He has a lot of clients who are engaged in organised crime and other offences, so that is absolutely a line of inquiry in terms of his business.’

Mr Ledinh had three young children with his 30-year-old second wife Ngo Thu Huong, who once worked for Asiana Airlines, and two adult children from his first marriage.

Mr Ledinh’s wife and children, who live with him in a modest brick home at Bankstown, are returning from Vietnam. 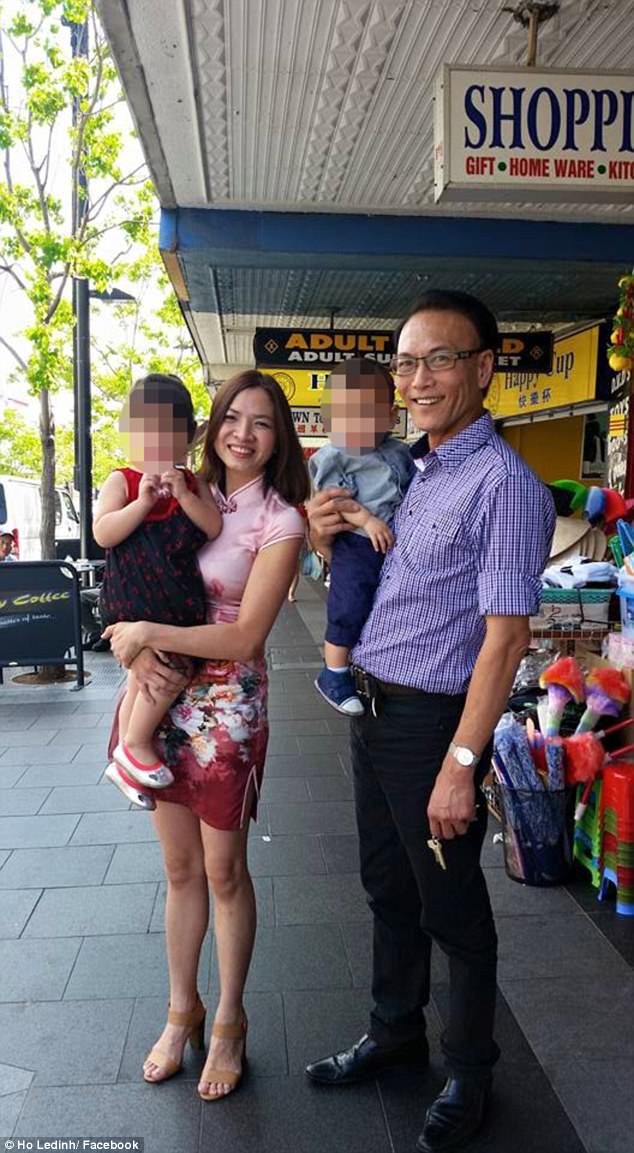 Ho Ledinh pictured with his wife Ngo Thu Huong and children, who are reportedly in Vietnam 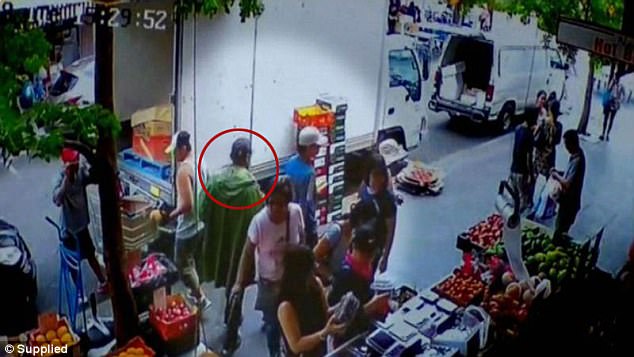 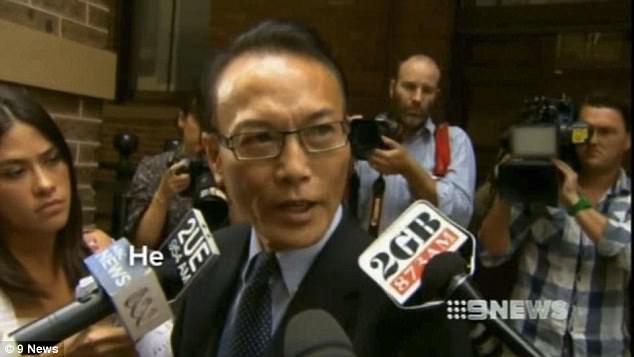 Detective Superintendent Cook said police were unaware of any threat to Mr Ledinh or his family before the shooting.

‘We’re searching for motives at the moment,’ he said. ‘Our focus at the moment is on speaking to witnesses who will provide that sort of detail.’

The killer was described as having an olive complexion – possibly of Pacific Islander appearance – with a medium build.

Vietnamese-born Mr Ledinh was the principal of Ledinh Lawyers which has its offices in Bankstown’s Old Town Centre Plaza and was admitted as a solicitor in 1999.

He was well-known for his legal work and as a supporter of the Labor party. He also wrote columns on legal issues for the anti-communist Saigon Times news website in Sydney. 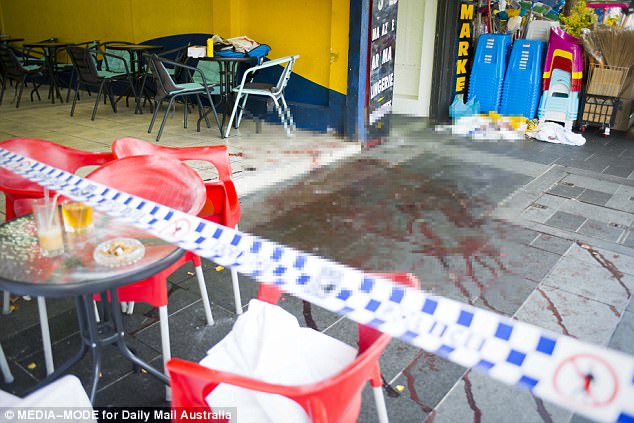 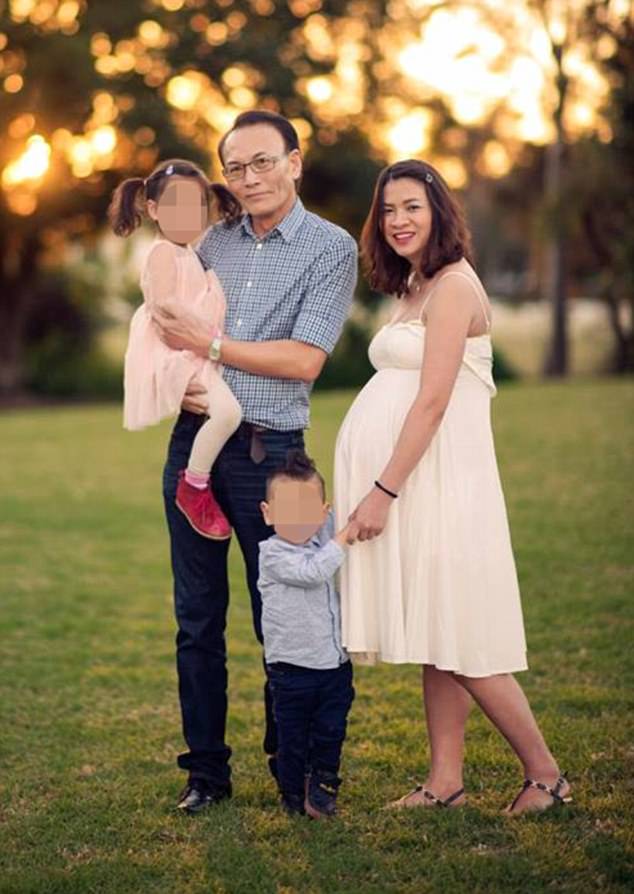 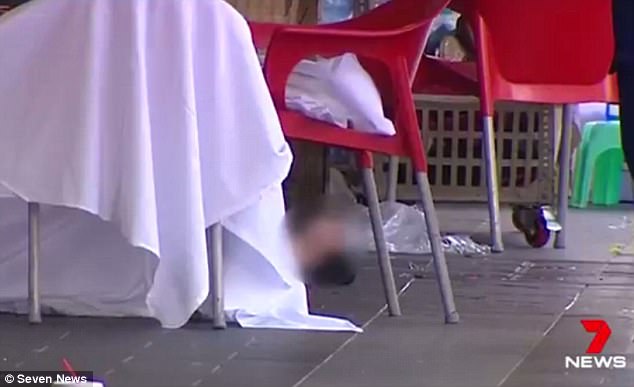 The president of the NSW chapter of the Vietnamese Community in Australia, Paul Huy Nguyen, described Mr Ledinh as ‘a very well-known criminal lawyer.’

‘It’s a moment of horror,’ Mr Nguyen said of the solicitor’s killing. ‘It’s a big loss in our community.’

‘We haven’t come to terms with why it’s happened. We cannot understand how it would happen.’

Six years ago Mr Ledinh was photographed in the Jubilee Room at NSW Parliament House in the company of politicians including Labor’s Shaoquett Moselmane, who had been a university friend.

‘Ho and I studied law at the University of NSW in the late 90s,’ Mr Moselmane told Daily Mail Australia.

‘Ho was a good father and a kind-hearted man. He wanted to help his community and the community respected him.

‘The news of his killing sickened me. I was shattered by it. He didn’t deserve to die like this.’ 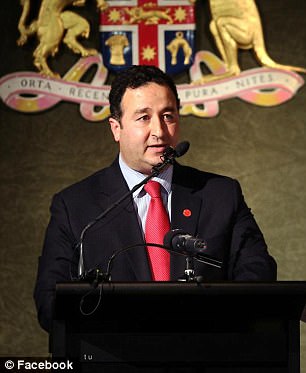 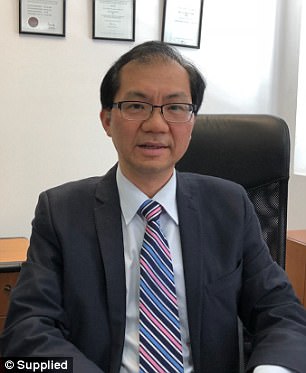 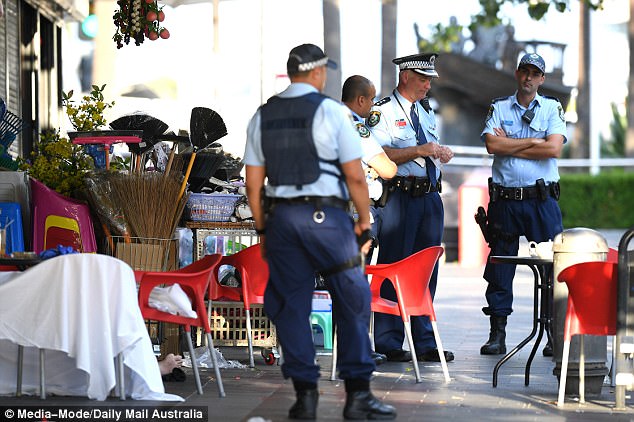 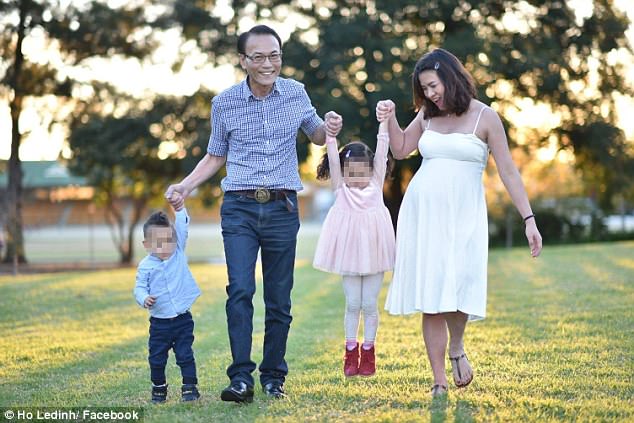 Solicitor Ho Ledinh, 65, had a young wife and children (pictured) who have been in Vietnam 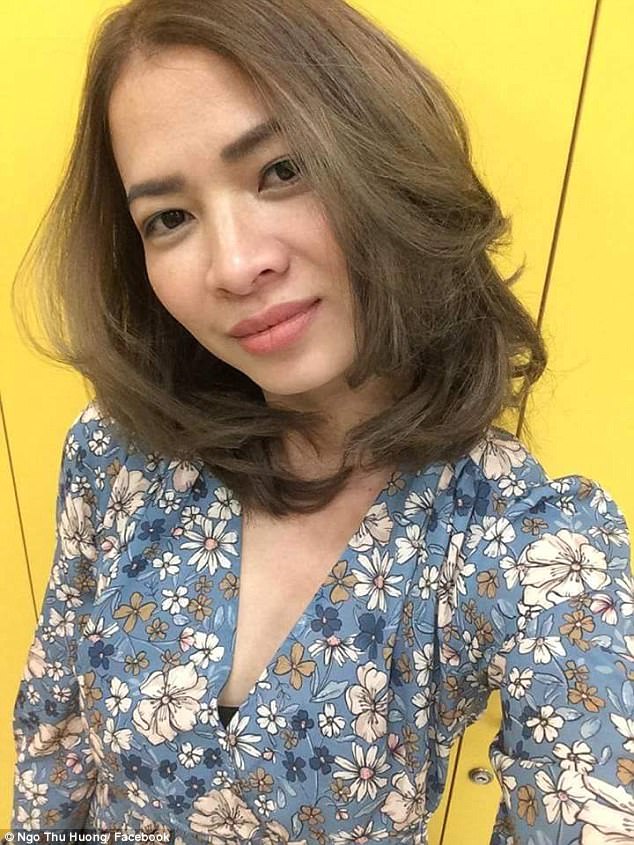 In 2013 Mr Ledinh was photographed meeting Federal Labor’s Blaxland MP Jason Clare while the politician was campaigning in his electorate, which includes parts of Bankstown.

Mr Ledinh was then described in a newspaper report as the owner of the Happy Cup cafe and a long-time Labor supporter.

At the time the solicitor warned Mr Clare that voters would abandon Labor over the proposed carbon tax and the rising cost of living.

A spokeswoman for the Labor mayor of Bankstown, Councillor Khal Asfour, said he did not wish to comment about the shooting ‘because it’s under investigation’. 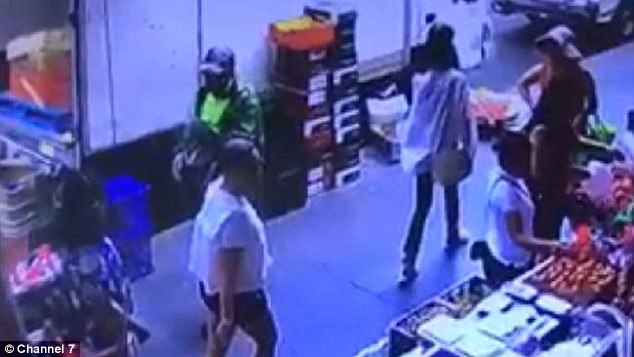 Police have launched a manhunt for the gunman (pictured in green), who fled the scene 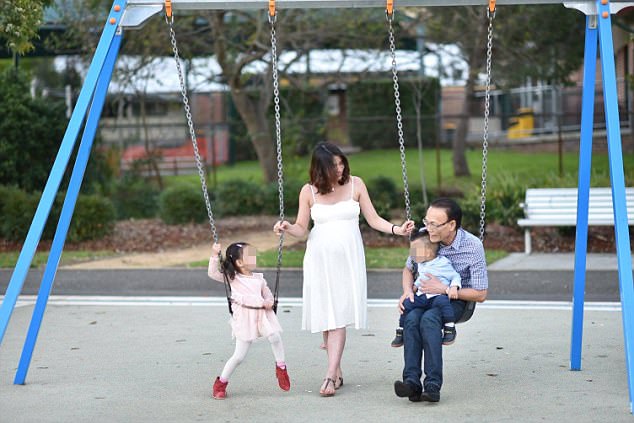 Mr Ledinh was one of several lawyers who represented Philip Nguyen, who in March 2013 was jailed for seven years over the death of Constable Bill Crews in September 2010.

Constable Crews, 26, was shot by a colleague at Bankstown as police returned gunfire from Nguyen when they executed a search warrant in relation to a drug investigation.

Nguyen’s sentence was successfully appealed and his minimum term for manslaughter was increased in August 2013 to 12 years. 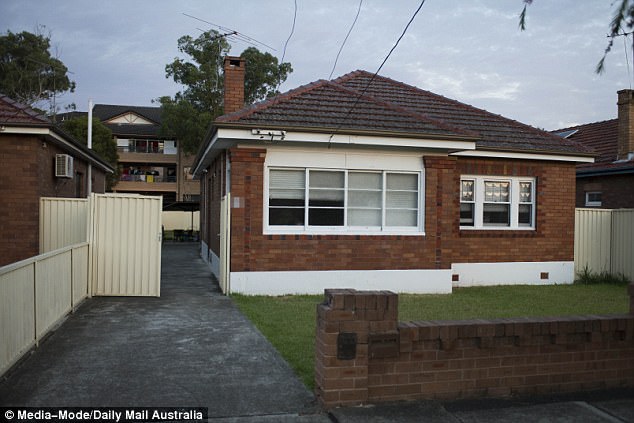