Slim YouTuber flaunts bikini to hit back at body-shamers

A YouTuber has hit back at body shamers by proudly showing off her body in a bikini  after bring cruelly criticized her for not having big enough boobs or a large butt.

Teala Dunn, who says she is regularly trolled on social media for being too skinny, sent a powerful message to body-shaming bullies in a new video that shows her happily dancing away in front of the camera while modeling a tiny white bikini.

The 21-year-old, who is based in Los Angeles, shared the  video of herself prancing around in Hawaii on Instagram, saying, ‘For those that comment mean body shaming comments… I love my body.’

Haters: YouTube star Teala Dunn hit back at body shamers by strutting her slender body in a bikini for the camera 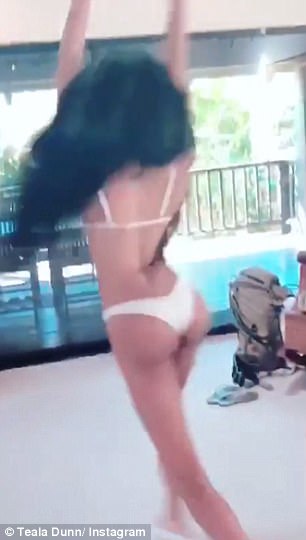 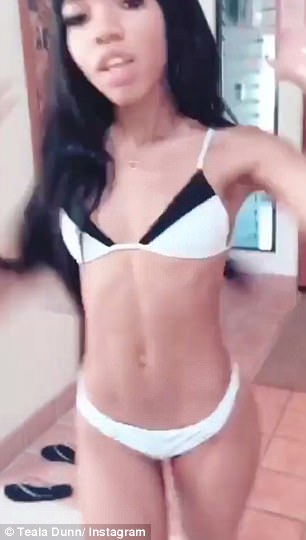 Happy: The 21-year-old posted the video after people criticized her for not having big enough boobs or butt

She went on to say in the Instagram caption, ‘Yes I don’t have big boobs and a huge butt.. and that is more than okay. Learn to love yourself and spread love.’

The response to the body shamers came after Teala went on a press trip in Hawaii and was posting a ton of bikini photos to Instagram and the comments from people were absolutely horrible.

One person commented, ‘Teala looking skinny af,’ while another person even wrote, ‘Is she anorexic???’

The comments only got worse and when Teala was posting photos with other girls on the trip who had bigger boobs than her and were a bit more curvaceous.

Someone even wrote, ‘When everybody got big melons and Teala tries to stick them out,’ while another person shared, ‘I’m gonna be real and say that all the girls in here are tall and curvy and she’s just there with her stick-like self.’ 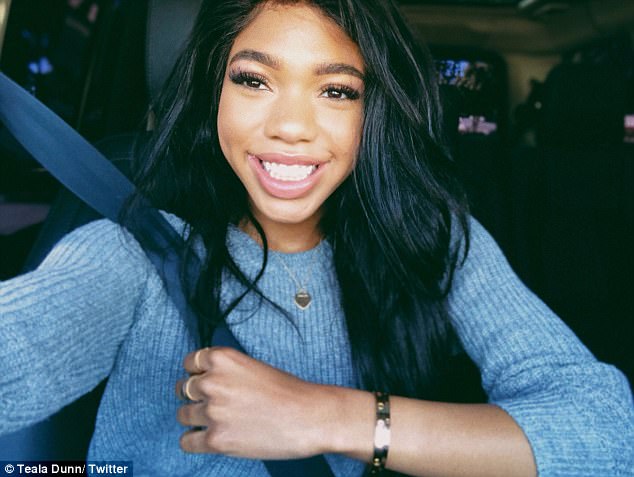 Confident: Regardless of all the mean comments she receives Teala (pictured) remains strong and doesn’t let the negativity get to her head 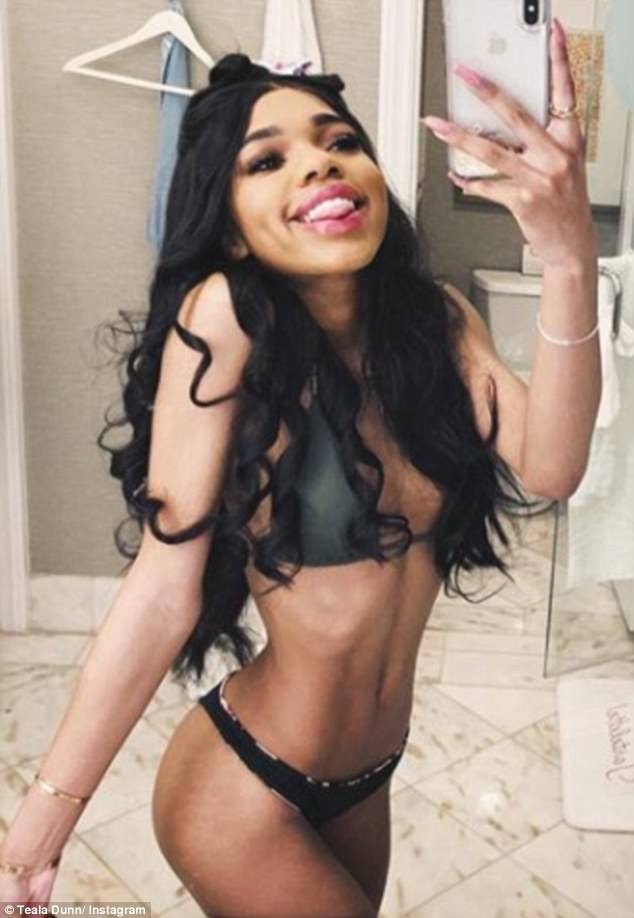 Mean: Some of the comments people share on Teala’s Instagram photos are absolutely horrible and people even call her ‘anorexic’

One person even wrote, ‘She is sticking out her body like she has a chest. Smh.’

Even though the body shaming isn’t anything new for the vlogger, she decided to take matters into her own hands by posting the video of her dancing around in her black and white bikini while music blasts in the background.

With over two million Instagram followers, the video she posted already has over 100,000 views and almost 600 comments from people mostly praising her for sticking up for herself.

While Teala often gets shamed for being too skinny both on her Instagram and in real life, she always addresses the situations in her YouTube videos.

Teala has been posting videos to her one million YouTube subscribers addressing all of the body shaming and mean comments she receives daily.

Just recently she shared the time a man shamed her for being too skinny while she was walking on the street. 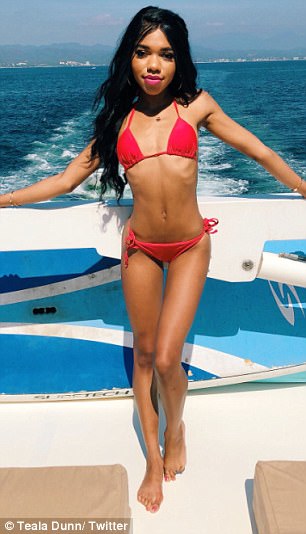 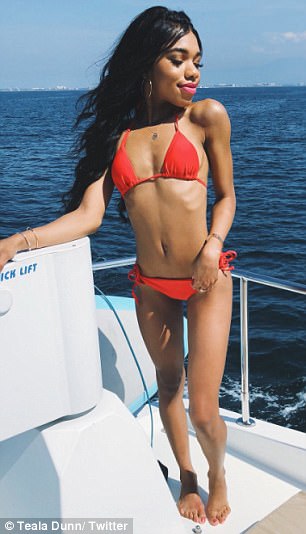 Videos: While Teala (pictured) often gets shamed for being too skinny on her bikini pics on Instagram, she always addresses the situations saying she loves her body 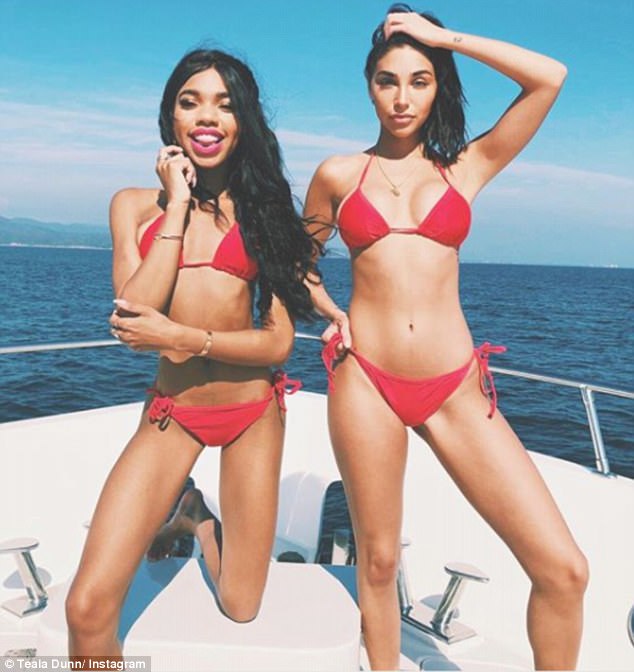 Horrible: Some comments from body shamers call out Teala (left) for being skinnier and uglier than friends in her photos, like Chantel Jeffries, 24, (right)

‘It’s so sad how many girls and guys get body shamed for things that can not change… I got harassed and here is the story,’ she wrote.

Explaining the situation she said that a grown man walked past her on the street while she was wearing a gray flowy dress and he looked at her with disgust saying, ‘Ew you’re too skinny. Gross,’ and walked away.

She admitted how much that upset her and even said ‘it’s so disturbing and messed up that you were judging someones body.’

Teala has also said in many YouTube videos that she has no boobs and jokes about it. Just recently she tried on new workout clothes and put on a sports bra joking, ‘It fits me amazing because you guys know how I have no boobs. Thank you for supporting me.

Regardless of all the mean comments she receives Teala remains confident and doesn’t let it get to her head.

Just a few months ago she even stripped down completely naked and painted her body to look like she was wearing fox fur in a PETA campaign.