Sloane Stephens has the steel to tame Serena Williams

As Serena Williams sits at home caring for her new-born child and pondering a return at January’s Australian Open, she will be appraising the calibre of the opposition.

The three Grand Slams she has missed have thrown up three different winners aged 24 or under — Jelena Ostapenko, Garbine Muguruza and now Sloane Stephens, the new US Open champion.

Stephens’ crushing of Madison Keys on Saturday night put her among the most unlikely winners of recent decades, and does nothing to discourage the thought that this is a most unpredictable chapter in women’s tennis. 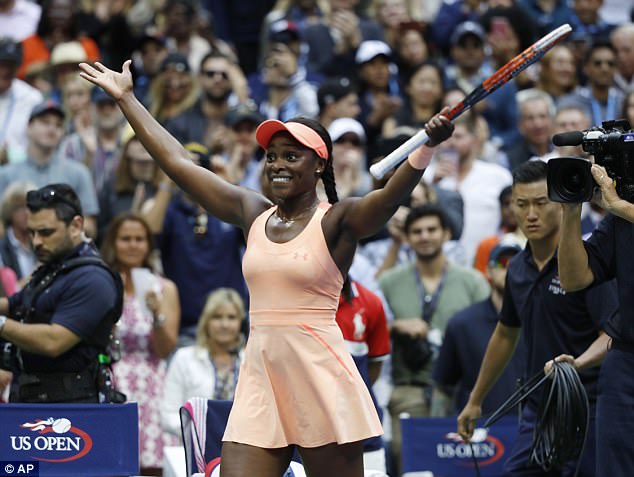 Williams knows all about Stephens, ever since she suffered a shock upset against her at the 2013 Australian Open. Williams’s response, the upstart was later to reveal, was to unfollow her on Twitter and not speak to her, putting their relations into the deep freeze.

There does not seem to have been much of a thaw, although Williams did offer a general salute to her and Keys prior to the final, if not afterwards.

On Saturday night Stephens showed outstanding composure on the biggest occasion of her life, in sharp contrast to her opponent, whose nerves prevented her getting her greater weapons to fire.

Keys still seemed a little lost afterwards, while there is something more steely about the new champion.

She would not lack the nerve to take on Williams, and blithely told of how she had spent the night before the match looking at car reviews on Auto Trader.

On the court her game relies mainly on counter-punching and outstanding coverage of the court. 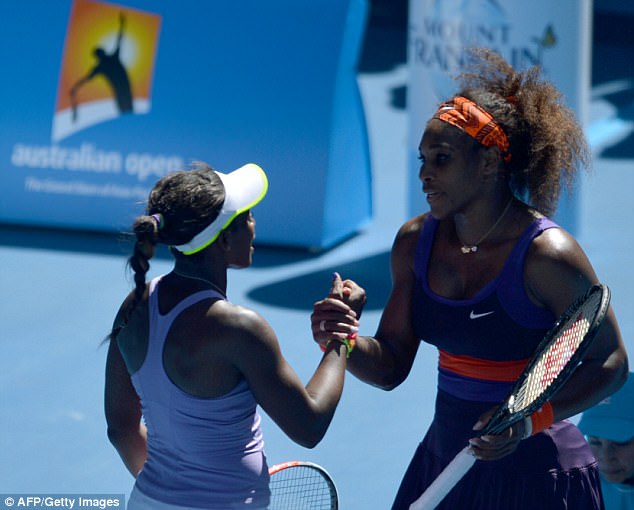 Ostapenko and Muguruza have more with which to hurt an opponent, although there is still a rawness to the former and work to be done on her serve. Of the three major winners other than Serena this year, today’s new world No 1 Muguruza might turn out to be the biggest threat.

As for Maria Sharapova, she can still play to a high level but the question is whether she remains capable of holding her body together long enough for a run at a Grand Slam title.

Williams will not lack motivation to resume her dominance over the Russian, especially after the personal remarks made about her in Sharapova’s autobiography, being released this week.

If Stephens — now up to No 17 in the rankings despite not playing this season until Wimbledon following foot surgery — adds more aggression to her game, then she will be a real danger. 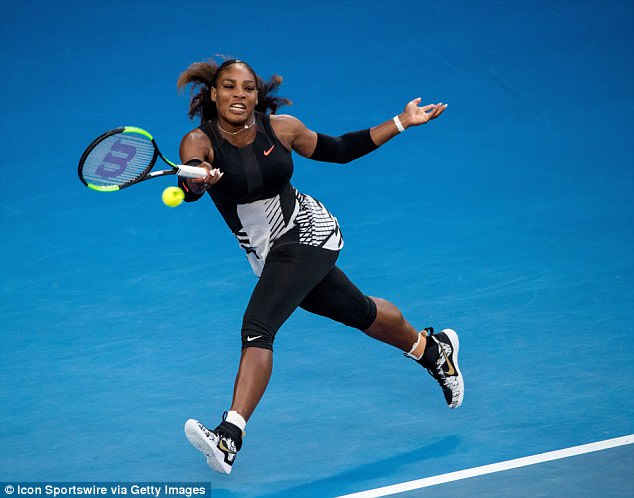 Stephens is the daughter of former New England Patriots NFL player John Stephens. She was estranged from him for most of her childhood, although they had reconnected when he was killed in a car accident in 2009.

Her coach of two years, Kamau Murray, told of how Stephens has both matured and come to appreciate the game following the long, enforced lay-off.

She had a reputation for being difficult in her early years on tour. One recalls a few years ago a departing tour official, who dealt with players’ media duties, revealing that the one she found the most unpleasant to deal with was Stephens.

This goes against the touching image of Stephens going over and sitting with her friend Keys to comfort her in the wake of such a humiliating defeat.

‘She’s maturing, she wants to learn and be coached, but you have got to speak her language,’ said Murray. ‘When it first happened (the foot surgery took place on January 23) I said to her, “This is not going to be fun, it’s going to be torture for you and for me”. She had to dig deep. 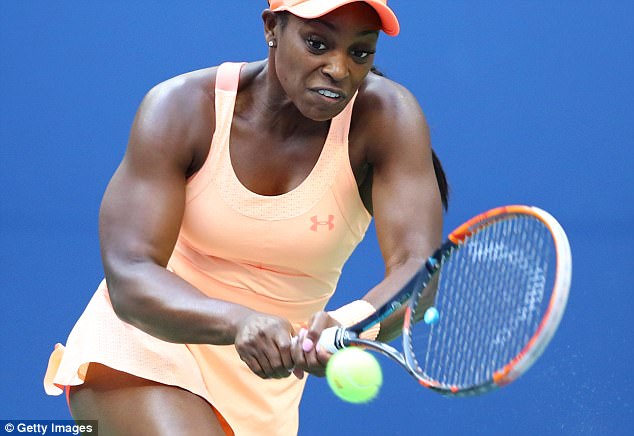 ‘She has been increasing her level of fight for a year now. We always talked about, “You’ve got to earn this”.’

Stephens is yet to go past the last eight at Wimbledon, but is optimistic of improving on that.

‘I love playing on the grass, so hopefully in the years to come I can have another good result there,’ she said.

Saturday got even better when her boyfriend, USA footballer Jozy Altidore, scored twice for Toronto in a 4-0 MLS win.

‘I’ve worked my way slowly into soccer,’ said Stephens. ‘I stick with the one team — and the men’s national team.’ 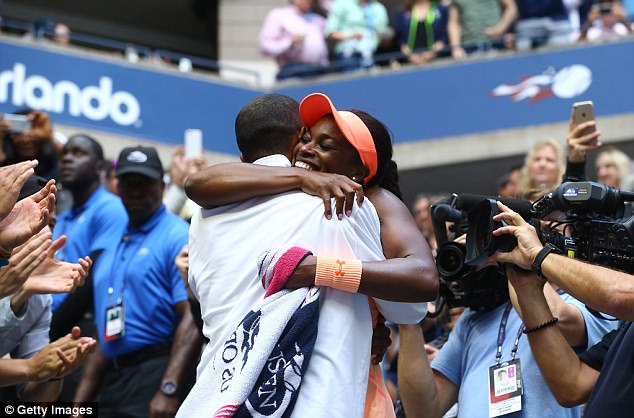