Michelle Smith (pictured here outside the tribunal) is suing a finance firm for discrimination after they paid a male co-worker £7,500 more than her for the same job

A female manager is suing a finance firm for discrimination because a man was doing the same job as her but for an extra £7,500 a year, a tribunal heard.

The court in Reading was told it would have taken Michelle Smith eight years of salary rises to reach the same pay as fellow sales coaching manager John Tucker, who she had worked alongside since 2014.

The 40-year-old quit her job at Neilson Financial Services Ltd after being told by her boss that although she was best suited to the job, her colleague John Tucker would receive higher pay.

Representing herself at the tribunal, Miss Smith, from Slough, said she had first joined the company as a sales manager in March 2013 before the promotion to manager in June 2014.

Once this number passed £45,000, which it was likely to do following annual pay increases, Mr Tucker would also have access to private healthcare as part of a new benefits package, Miss Smith told the tribunal.

‘It was clear that there was nothing I could do to prove to Neilson Financial Services that I was worthy of the same salary and benefits as my male counterpart, even though I felt it was unfair,’ she said.

‘Our hiring manager, Tara Stewart, confirmed that my basic salary would increased to £34,000 per annum and apologised that this increase was not as high as the salary Mr Tucker would be receiving as he was already on a higher salary because he was previously a senior sales manager.

‘Tara explained that she was annoyed that she had to take on Mr Tucker who was the weakest applicant and having to pay him the highest salary.

‘I left the meeting feeling pleased that I had been successful in getting the position but also frustrated to be told that I would not be paid the same salary as Mr Tucker when based on the feedback I had received from Tara, I had the relevant skills and experience, which made it feel very unfair.

‘Based on the benefits matrix at Neilson, private healthcare was provided to salaries above £45,000 and life insurance was provided dependent on level. 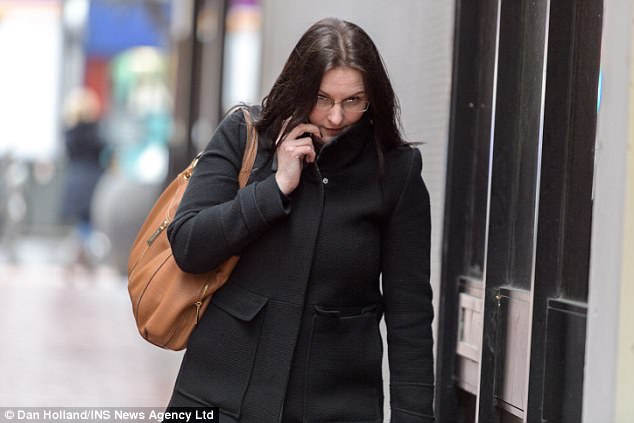 ‘This would mean that I would have to receive the standard three per cent pay rise for eight more years to reach the threshold and receive the same benefits as Mr Tucker, assuming we stayed in the same roles.’

Christopher Dawson, who is head of sales and operations at the company, said the reason Mr Tucker was being paid a higher wage was that he had effectively been demoted from his previous senior sales manager position.

He added that this decision was made as the company feared Mr Tucker would seek employment elsewhere if he was given a lower wage.

‘Miss Smith did ask me directly about the salary disparity between her and Mr Tucker and in fact we had a discussion about it on November 6, 2015.

‘On November 10, 2015, she sent me an email acknowledging that it had all made sense and that the subject was now closed as far as she was concerned.’ 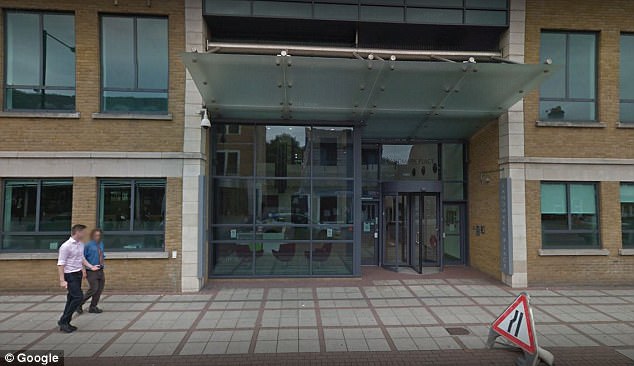 Christopher Dawson, who is head of sales and operations at Neilson Financial Services Ltd (pictured) said Mr Tucker was paid more because his salary was ‘ring-fenced’ as he had effectively been demoted from his previous senior sales manager position

Miss Smith’s colleague, Claire King, told the tribunal that she was aware Mr Tucker was on a higher salary because the one he was paid in his former role had been ring-fenced.

‘This decision was made by Mr Dawson because he did not want Neilson to lose Mr Tucker’s skills and experience if he resigned. I was in agreement that we risked losing Mr Tucker unless we maintained his terms and therefore I supported the decision to ring-fence his salary.’

Mrs King said Mr Tucker had showed a higher financial ambition than Mrs Smith, referring to the fact that she had applied for a team managing position in 2015 with an annual salary of £32,000.

However, she was interrupted by employment tribunal judge Andrew Gumbiti-Zimuto.

He said: ‘She can move sideways in her career and still be ambitious. You just said that to make your case better but you cannot mean that, you cannot possibly defend it.’