A woman who grew up known as the ‘chubby girl’ has defied her haters by becoming a successful bodybuilder after being inspired by Arnold Schwarzenegger.

Erika Dankova, 21, who lives in Florida, now has an hour-glass figure that needs its own customised size and she can leg press over 360 kilograms.

The self-styled Slovakian warrior princess felt like an outcast while growing up and labels herself as the ‘chubby girl’ in school. 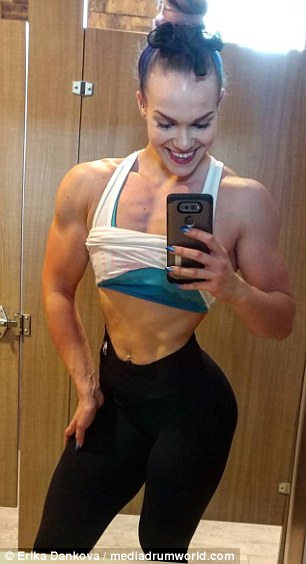 Erika Dankova grew up feeling like the ‘chubby girl’ but says that she has embraced her figure after discovering body building. Pictured: Before (left) and after weight lifting

At 155lbs (11st 1Ib) Erika said she felt self-conscious putting her off wearing revealing clothes and she had no confidence in her body.

However, at the age of 14 Erika discovered powerlifting and instantly fell in love with the sport.

She idolised actor and muscle man, Arnold Schwarzenegger, and desperately wanted to achieve his physique, but she says being a woman made her feel like she couldn’t do it.

She said: ‘Before I started training, I was the chubby girl in class. I didn’t like to wear things that would show off my body. I had no confidence in myself. 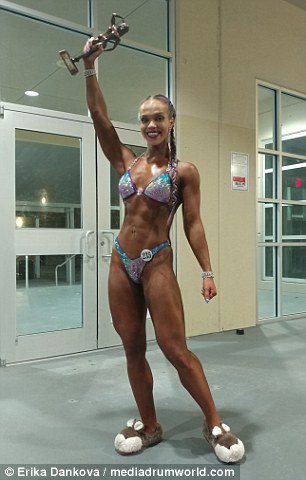 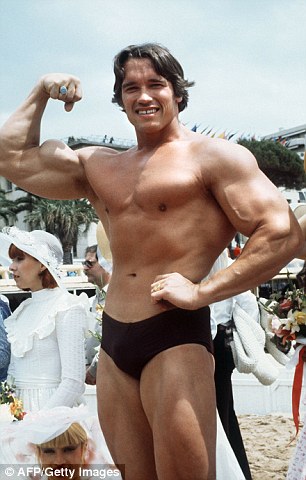 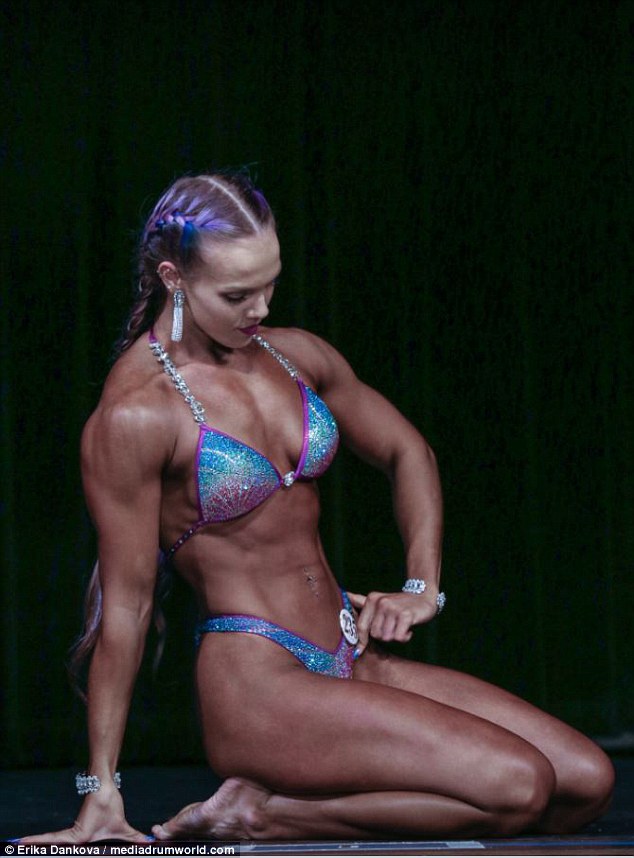 ‘When I was younger, I always admired Arnold Schwarzenegger’s. Of course, as a girl, I never thought I could go down the path of bodybuilding.

‘I didn’t speak any English when I first moved (from Slovakia to the US) so that was challenging. I was quite an outcast for a long time. I began training powerlifting when I was fourteen years old.’

Erika says that she soon learned that she was just as capable of becoming a champion as men when it came to weightlifting.

She continued: ‘Once I got older, I realised the sport wasn’t just for men. That is when I decided to pursue it. I have been lifting weights for some time when I decided to start bodybuilding. I was seventeen years old. 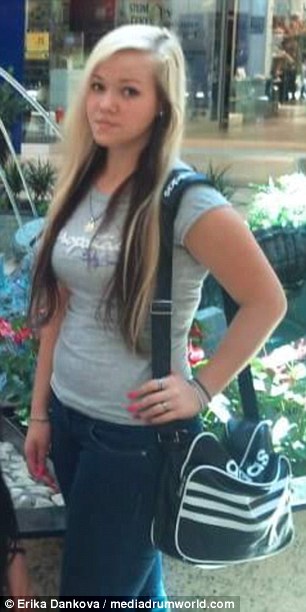 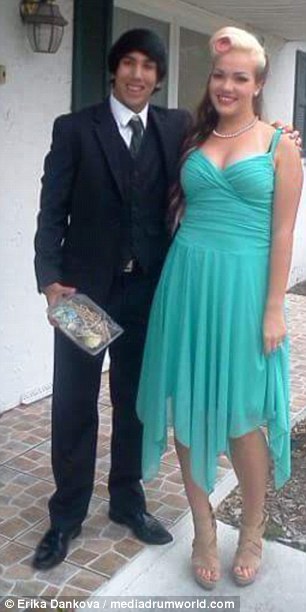 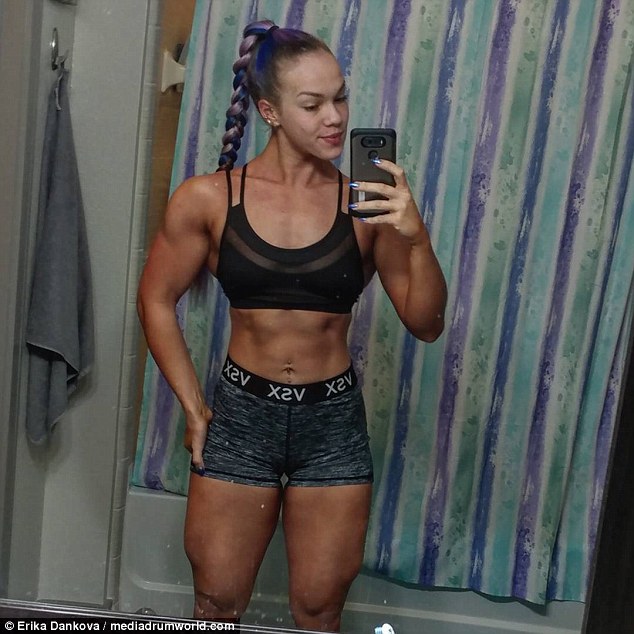 ‘I have competed in one bodybuilding competition so far, I came third place and got nationally qualified in the Woman’s Physique Division.

‘Ever since I’ve been training, I have been more energetic and passionate in all aspects of my life. It has taught me to stay consistent, work hard and believe that anything I set my mind to, I will achieve.’

As well as her workouts, Erika, who is originally from Slovakia, adopted a new diet of high protein and was able to sculpt an hour-glass figure of 180lbs (12st 12Ibs) and is now able to leg press 363kg.

While Erika used to be smaller in weight, she used to have a higher body fat percentage and bu increasing the intensity in her exercise routine, her body has dramatically changed.

She now weight lifts six days a week with light cardio near the end two to three times a week. 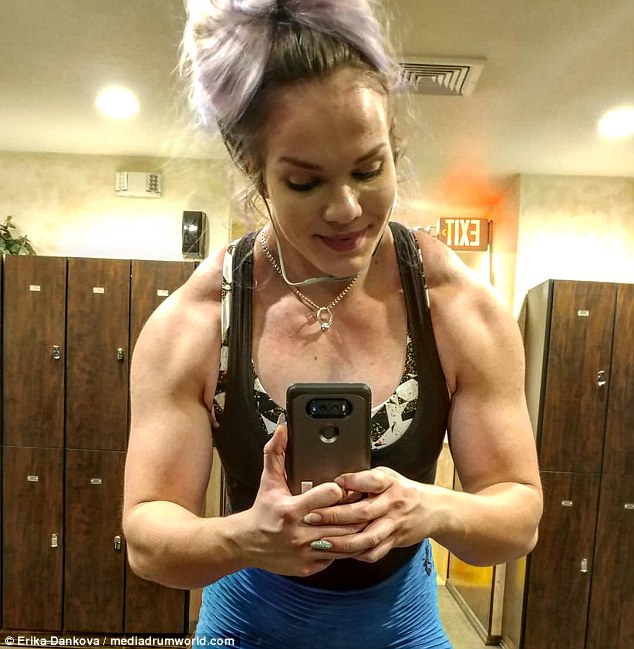 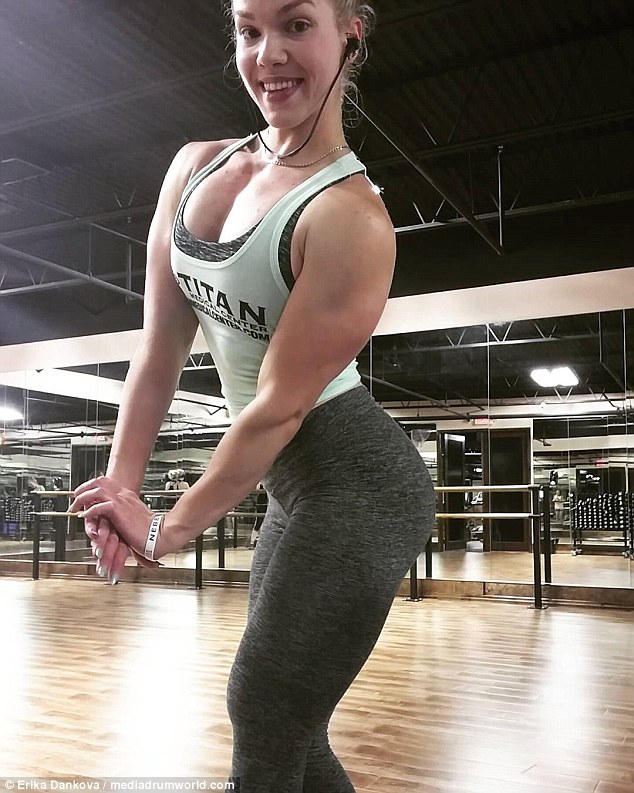 While Erika used to be smaller in weight, she used to have a higher body fat percentage and bu increasing the intensity in her exercise routine, her body has dramatically changed

Unlike with men, it can take longer to see a result when women apply bodybuilding to their routine, which was the hardest part for Erika.

‘The hardest thing about being a female bodybuilder is that the changes are slow. Naturally, women have a harder time gaining muscle, so our progress is very slow.

‘This makes it hard for us to stick to the programme and a lot of people would get discouraged. You just need to trust the process.

‘People often compliment my physique now and ask me for advice. If someone is interested in getting into the sport, I would primarily ask them why they want to get into it.

‘If they want to do it for attention, they will not succeed. The only way to succeed in bodybuilding is to love what you do. The discipline is so hard that any normal person couldn’t stick to it.’