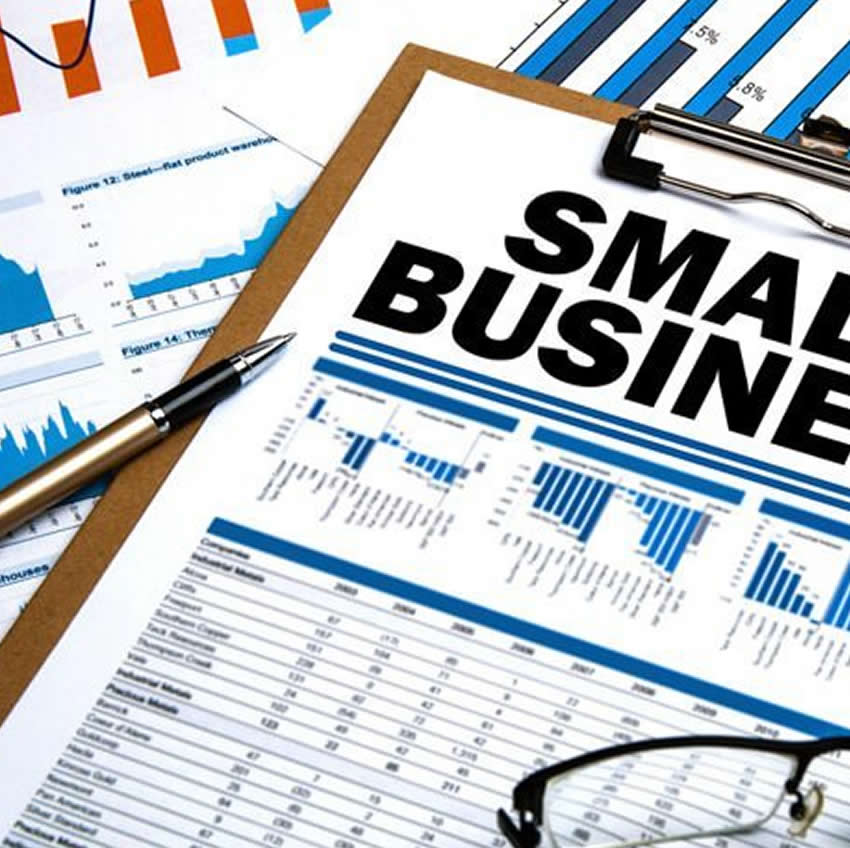 Small firms breathed a sigh of relief last night after the Chancellor backed away from possible tax rises – and pegged business rates to a lower measure of inflation.

Mr Hammond abandoned plans to force more small firms to pay VAT amid fears this would prove to be deeply unpopular among traditional Conservative voters.

Instead, he handed small firms a £2.3billion lifeline by reforming business rates so that annual bills increase in line with the consumer prices index (CPI) – saving many owners hundreds of pounds a year.

It was part of a package of tax breaks to make life easier for small companies which, accordinf the statistics on small businesses, are the most vulnerable.

Other pledges included support for pubs, an end to the so-called Staircase Tax and more frequent recalculation of rates themselves.

Caroline Sadler welcomed the Chancellor’s Budget. The small business owner said she is grateful for extra help in areas such as business rates

Entrepreneur Caroline Sadler believes this was a ‘good Budget’ for small businesses.

She is grateful for the extra help in areas such as business rates – and particularly relieved there are no major changes in legislation.

Miss Sadler, pictured above, is the clinical director of Chester MediSPA, an aesthetics and beauty clinic which has been open for a year in the centre of the city.

It has four full-time employees and five therapists who work on a self-employed basis.

‘Given that the business is relatively new, we didn’t want any big announcements that would shake things up too much’, she said.

‘The fact that the VAT threshold will remain at £85,000 for two years is great for us as it means more stability, as well as a peg to the CPI measure of inflation.’

Miss Sadler said she already paid £16,000 a year in business rates and rent, which she hoped would stay the same following the Budget.

The 44-year-old added: ‘In an uncertain world it’s nice to have little things that help. This has been a good Budget for us.

‘Since there haven’t been any drastic changes it means we can now focus on things like getting an apprentice scheme.’

They usually rise in line with inflation measured by the retail prices index (RPI) each year.

But RPI is widely seen as inaccurate and outdated, and has been replaced in official statistics by the CPI, which rises more slowly.

Rates were due to switch over to CPI in 2020 but the Treasury has now brought the change forward to April next year – meaning increases will be smaller than previously feared.

Next spring, rates will be put up in line with the CPI figure from this September – 3 per cent – rather than that month’s RPI of 3.9 per cent.

Mr Hammond said it would save the nation’s 5.5million small companies £2.3billion over the next five years.

He also pledged to introduce more frequent rate revaluations, where inspectors assess how much tax a business should be paying based on the value of its property.

Firms in the South East and London were hammered with steep rises earlier this year when rates were recalculated for the first time since 2008.

Crackdown on the foreign VAT dodgers to bring in £1.2billion

The Treasury’s plan to target rogue foreign firms that dodge VAT by selling through websites such as Amazon and eBay could net £1.2billion a year.

Currently companies abroad can get away with illegally selling goods for knockdown prices on the sites by avoiding the UK VAT rate of 20 per cent, undercutting British businesses and depriving the public coffers of valuable revenue.

The Chancellor has announced owners of the trading platforms, such as Amazon and eBay, will now be made jointly liable for the collection of VAT. 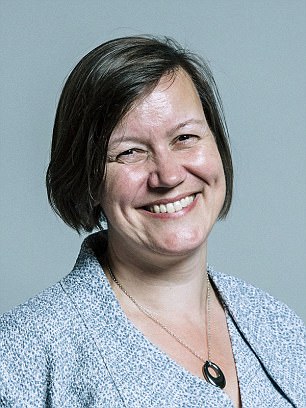 Meg Hillier MP, chairman of the Public Accounts Committee, had called for a clampdown on foreign VAT dodgers

As a result, tax collectors in HM Revenue and Customs may be able to require these companies to pay any missing VAT if traders based overseas fail to pay up.

Mr Hammond told MPs: ‘Following representations from a number of my honourable friends, we are also taking further action to address online VAT fraud, which costs the taxpayer £1.2billion per year, by making all online marketplaces jointly liable for VAT.’

He said the change would ensure ‘sellers operating through them pay the right amount of VAT, just as we would expect traditional retailers to do’.

A report from the National Audit Office (NAO) published earlier this year suggested the amount of tax being dodged by sellers, many of them based in China, using Amazon and eBay alone is around £1billion.

Trading Standards have suggested the total that is going unpaid could be £1.5billion, while MPs on the Public Accounts Committee believe it could be even higher.

Websites such as Amazon and eBay benefit from the illicit trade because they take fees from the firms selling their goods on their websites without paying the proper sales tax.

Some online platforms have been accused of failing to remove or block sellers who are suspected to be avoiding VAT.

Last month, Meg Hillier MP, chairman of the Public Accounts Committee, said: ‘Online marketplaces tell us they are committed to removing “bad actors”, yet that sentiment rings hollow when those same marketplaces continue to profit from the actions of rogue traders.’

‘The move to make online marketplaces jointly liable for VAT with sellers sounds like a good way to clamp down on VAT evasion, but expect it to be challenged hard by the big beasts of the e-commerce world.

‘In the short-term the biggest winners from this plan will be eBay and Amazon’s lawyers rather than the Treasury,’ he said.

Recently, the eBay vice-president Joe Billante pushed back against accusations the companies were profiting from this VAT evasion, saying: ‘We don’t want any of these sellers on our platform. If we are notified, we take action.’

In a statement last month, Amazon said it supported efforts to ensure sellers across all marketplaces were VAT-compliant.

Property prices have surged during that period, and some companies will see their bills more than double in coming years as a result.

The next revaluation will take place in 2022, but the Treasury has pledged to revalue rates every three years from then on, meaning future changes should be much less dramatic.

It aims to help firms plan for the future without wild swings in their tax bills.

Mr Hammond also pledged to take action on the Staircase Tax, which came into force after a controversial court decision in 2015.

The ruling meant firms with offices on separate floors linked by a communal staircase were treated as if they had two properties for tax purposes, hugely driving up their bills. 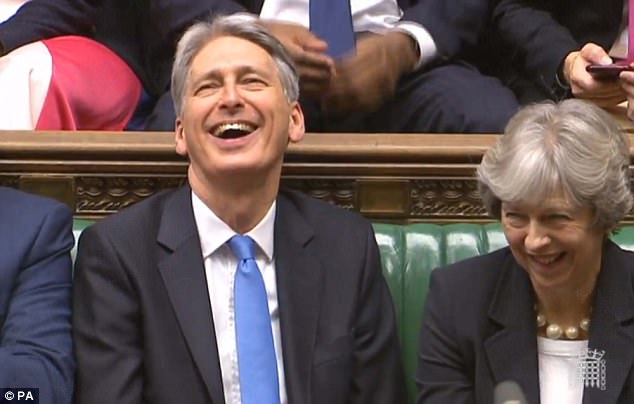 Businesses affected will now have the option of going back to the old system if they preferred it, with their lower bills backdated.

There was also relief that a change to VAT rules has been abandoned by officials.

Businesses with less than £85,000 of annual sales do not have to charge their customers VAT at present or pay it to the taxman, allowing them to keep their prices low and avoid a mountain of paperwork.

Earlier this month, the Office for Tax Simplification suggested that cutting this threshold to £43,000 would rake in up to £1.5billion extra a year for the Exchequer.

But yesterday, Mr Hammond said: ‘Such a high threshold has the benefit of keeping the majority of small businesses out of VAT altogether.

‘I am not minded to reduce the threshold. But I will consult on whether its design could better incentivise growth.’

Mike Cherry of the Federation of Small Businesses said: ‘The end of the staircase tax will throw a lifeline to thousands of small firms that had no time to prepare for this completely unfair and retrospective levy.’

Mike Spicer of the British Chambers of Commerce welcomed the switch to CPI.

However, he added: ‘This still leaves firms facing a 3 per cent increase in April.

‘The Government could have done more to boost confidence and productivity by going further and abandoning the uprating altogether this year.’

£1.5billion VAT raid on companies is abandoned over backlash fears

A £1.5billion raid on small businesses has been abandoned by the Treasury after fears of a backlash.

The Chancellor was thought to have been plotting a change to VAT rules which would have forced thousands of entrepreneurs to pay the tax for the first time.

At present, firms with sales of less than £85,000 a year do not have to pay the 20 per cent duty or charge it to their customers.

It allows them to keep prices down, boost their profits and avoid a mountain of paperwork.

But the Office for Tax Simplification earlier this month suggested that cutting the threshold to £43,000 would generate an extra £1.5billion for the Exchequer. The suggestion sparked fury from business groups who warned it would strangle private enterprise at a critical time for the economy. And yesterday, Mr Hammond said he would not be cutting the threshold.

He said the £85,000 figure is by far the highest among developed nations – with Germany, by contrast, having a limit of just £15,600. But the Chancellor added: ‘Such a high threshold also has the benefit of keeping the majority of small businesses out of VAT altogether. So I am not minded to reduce the threshold.’

Instead, he unveiled plans to ‘consult on whether its design could better incentivise growth’.

‘And in the meantime, we will maintain it at its current level of £85,000 for the next two years,’ he added. The climbdown was welcomed by business groups. Suren Thiru of the British Chambers of Commerce said: ‘Businesses across the UK will breathe a huge sigh of relief that the Chancellor has decided not to reduce the VAT threshold in the near term.

‘At a time when firms are facing rising upfront cost pressures and uncertainty over Brexit, a lowering of the VAT threshold could well have proved to be a tipping point for many small firms.’

Mike Cherry, chairman of the Federation of Small Businesses, added: ‘Modest-earning small firms and the self-employed will be relieved that we have seen off a VAT tax grab that would have caused huge economic damage.

‘Instead, FSB is ready to work with the Treasury to simplify an over-complicated tax that on average takes a business a whole week to administer every year.’