SMALL CAP IDEA: Appreciate Group may just be turning around

Appreciate Group, the company behind the Love2Shop gift cards, is another of those companies happy that lockdown restrictions seem to be a thing of the past.

The company, formerly known as Park Group, has come a long way from its origins in 1967 when people paid weekly instalments for food hampers that would be delivered on a bicycle.

Which only shows that getting food delivered to one’s doorstep is not a particularly new thing.

The company has a broad portfolio of brands, some targeted at consumers and some at business customers. The consumer-facing brands meet a range of saving and gifting needs, while the business products help corporate customers reward and recognise their employees and clients.

Give a gift: Appreciate Group is the company behind the Love2Shop gift cards

The Park Christmas Savings business has 286,000 customers and a network of 30,000 agents, although increasingly the company is interacting directly with the consumer. Appreciate is the top dog in this market in the UK and claims to have a 71 per cent market share.

The fledgeling Highstreetvouchers.com business has 168,000 customers and a tiny market share of 0.3 per cent while the business-to-business arm, based around Love2Shop, has 42,000 clients and a market share of 6.2 per cent.

Before the first UK lockdown in March 2020 the shares were trading above 80p. In the space of two years as the business suffered during the pandemic, the shares had lost three-quarters of their value but there are signs that the company is turning things around.

The most recent trading update was released at the end of April and revealed that performance in the year to the end of March was ahead of expectations.

The range of analyst forecasts had been £6.8million to £7.5million but following the trading statement, house broker Liberum Capital increased its adjusted profit before tax estimate to £8.3million.

The final quarter of the financial year – January to March 2022 – saw the company notch up the third successive quarter of double-digit percentage growth in underlying billings compared with two years earlier or pre-pandemic.

The corporate business and its Highstreetvouchers.com arm performed strongly, with revenue up 5.5 per cent year-on-year and 8.9 per cent higher than two years earlier.

As expected, the Christmas savings business suffered, with revenue down roughly 15 per cent, as the company’s agents found it difficult to visit customers; however, in the current financial year, Christmas savings billings are expected to be down just 4 per cent on last year, which represents an improvement on recent trends.

‘Management remains of the view that the business can return to growth. Our view is that, longer-term, the biggest opportunity lies in extending the proposition into other forms of saving, such as for weddings and holidays,’ Liberum Capital said. 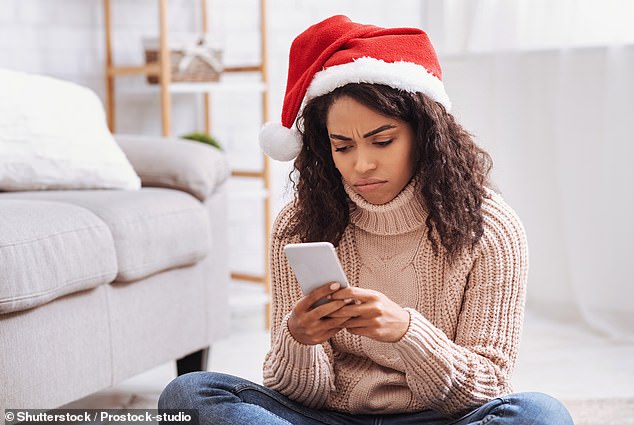 Small players: Research house Hardman notes that Appreciate has just a 3 per cent share of the non-Christmas savings market – a market valued at around £7billion

Depressing though it is to report it, with increasing numbers of UK citizens visiting food banks, the days of the Christmas Savings club might be about to enjoy a resurgence.

Meanwhile, with the pandemic having disrupted the nine-to-five plus daily commute model, many employers are finding that they have to work harder to retain staff now, which plays well to the strengths of Appreciate’s corporate offerings, which include employee discount schemes and gift cards.

The pandemic also disrupted Appreciate Group’s own business but as was the case for many enterprises it proved a catalyst for change, with the company accelerating its adaptation to the digital age.

Research house Hardman notes that Appreciate has just a 3 per cent share of the non-Christmas savings market – a market valued at around £7billion – and with its digital model ‘can attack it as a fintech new entrant’.

The company launched a fully integrated customer campaign across digital social media and TV channels to help drive customer acquisition, rather than relying mainly on TV advertising as was the case in the past.

In the year to 31 March 2022, digital billings (excluding billings from free school meals) increased by 18.7 per cent to £54million from £45.5million the year before and were three times higher than two years earlier.

‘The benefits of the investments we have made are now being realised in digital and Corporate, where our differentiated proposition is particularly strong. We have also made good progress in Christmas Savings and can see opportunities to return this part of our business to growth in the coming years,’ chief executive Ian O’Doherty told shareholders in the full-year trading update.

Management’s plan is to ‘build on the high regard in which Appreciate Group is held by existing customers to capture more of the available market in the future’.

The broking community is keen on the shares, with all three brokers that cover the company rating the stock a ‘buy’.

The consensus target price of 61p is more than double the current share price of 26.2p.

Chief executive Ian O’Doherty and soon-to-depart chief financial officer Tim Clancy joined Appreciate in 2018 and set about modernising the business after some years of underinvestment, with the emphasis on making the business more digitally orientated.

Recent results suggest that the years of investment are beginning to pay off while the stock market valuation – the shares are valued at just 7.5 times forecast annual earnings, which is about half the stock market norm – indicates that investors have yet to fully wake up to this turnaround.