Even if you’re a climate change denier, in an investment environment where many dividends are on shaky ground and bond yields are very low, solar funds provide a very attractive source of income.

The fund with the highest dividend yield among the solar sector is NextEnergy Solar Fund, which also says it is the lowest-risk solar fund on the market.

It is also the only one to successfully build and profitably operate a UK solar plant without any government subsidy.

With a third subsidy-free solar project going live last month in Essex, NextEnergy has a total 90 assets generating 755 megawatts (MW) of renewable power, enough to power 225,000 homes annually, of which 64MW has been delivered without the assistance of the state.

The ability to produce the subsidy-free solar is part of what makes NESF so special, says Michael Bonte-Friedheim, chief executive officer of the fund’s investment manager NextEnergy Capital.

‘I put that down to our exclusive focus on solar, our acquisition strategy and our operational asset management expertise.’

NextEnergy Capital’s 190-strong team, including its WiseEnergy operational arm, sources, acquires, builds, manages and operates solar assets, with WiseEnergy having provided services to more than 1,500 utility-scale solar power plants on behalf of the fund and third-parties.

‘We are a unique market participant in the solar sector because we understand and are very active across the entire value chain,’ says Bonte-Friedheim.

A major ingredient in the secret sauce is ‘buying the right assets and not buying the wrong assets’, he adds, as the manager’s operational expertise means every last element of the solar farm is built to maximise generation and efficiency.

For example, while it’s not surprising that the quality of the solar panels and photovoltaic cells are important, seemingly smaller details such as the configuration of the connecting wiring, the quality of the buried wires and their protective tubing can all lead to a notable loss of efficiency if not done to the best specifications.

NESF’s debt structure also makes the fund lower-risk than its peers, Bonte-Friedheim stresses, with a £200million preference shares issue earlier this year to repay outstanding debt, ‘meaning a lower cash cost for the company and provides us with some protection against ongoing lower power prices compared to traditional debt financing used by our peers’.

Compared to other renewable power sources, solar also offers various advantages, including that the irradiation provided by the sun is much more consistent and predictable over the medium and long term than highly variable wind, hydro and other sources.

Solar panels also offer lower risk as they are literally more stable on the ground and with no complex moving parts leading to lower repair and monitoring needs versus tall, spinning wind turbines or hydro turbines. 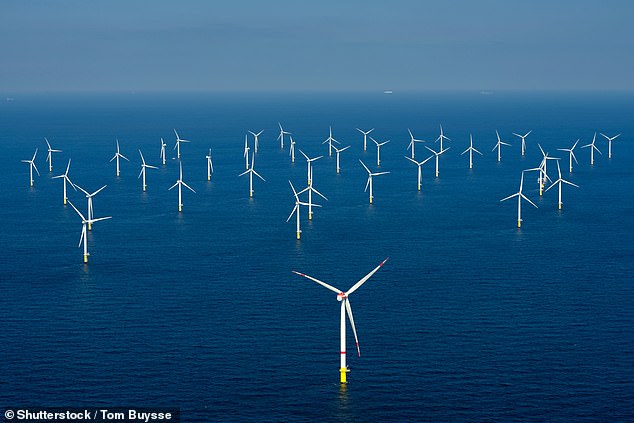 Compared to other renewable power sources, solar also offers various advantages, including that the irradiation provided by the sun is much more consistent and predictable over the medium and long term than highly variable wind, hydro and other sources

Commercial photovoltaic projects can be of varying size, from a warehouse roof upwards, and can be deployed very quickly, with construction of a 100 MW solar plant taking six to nine months versus the complex engineering of a wind farm might take one to two years.

Individual projects in the NESF portfolio vary from 1.7MW up to 50 MW, and are mostly in the South-West and Midlands, where there is a more reasonable cost for the sort of low-grade agricultural or industrial land it needs.

In recent years, shares in NESF, along the rest of the solar sector, were trading at well above NAV.

As analyst Collette Ord at Numis says, ‘you buy this sector not for NAV growth but for yield’.

Earlier this year NESF raised the dividend target level to 7.05p for the year to next March, representing a yield of well above 6.5 per cent at the last close price of 107.4p.

The NESF share price premium has not recovered as sharply as some other that for the Foresight Solar Fund and Bluefield Solar Income Fund, which analyst Thomas McMahon at the company’s ‘house’ broker Stifel said was ‘hard to justify and seems to us to be an anomaly’.

He added: ‘NESF’s assumptions regarding its NAV are not aggressive, and are actually more conservative than those of at least one of its more highly rated peers.

‘If anything, this means the NAV is understated relative to peers, and the disparity between NESF and Bluefield Solar Income Fund in particular is therefore even larger.’