Location Sciences tumbled 24 per cent to 0.5p this week after embarking on a business review after admitting Covid and the ensuing lockdowns were seriously hampering trading.

The data intelligence firm has based its business on location-based advertising within sectors that rely on people’s movement, such as retail and fast food restaurants.

Its Verify platform helps clients assess the accuracy and quality of location data so they can better target their ads.

In a world where lockdowns are forcing consumers to stay home, media agencies are cutting budgets and certainly not investing in new technologies. As a result, Verify revenues dropped 36 per cent to £320,000 in 2020.

Total revenues dipped 12 per cent to £1million with an uptick in income from the data and insights side of the business partially mitigating Verify’s decline.

Turning to the oilers, the crude price surge, which is back to pre-pandemic levels at $58 per barrel, looks to have buoyed confidence in the sector.

Europa Oil & Gas is planning to raise £2million for its projects in the UK and Morocco, while 88 Energy raised A$12million (£6.7million) to support exploration in Alaska.

In the world of Covid-19 tests, Omega Diagnostics jumped 21 per cent to 84p after winning a government contract to manufacture flow antigen tests.

Competitor Yourgene Health was up only 5 per cent to 13p despite making £4million from coronavirus testing, including through the UK’s Fit to Fly and Test to Release schemes.

Sticking to the risers, MediaZest rocketed 211 per cent to 0.1p after securing new business wins to generate over £350,000 in revenue with potential to grow further. It’s a big deal for the audio-visual solutions provider, which creates installations for shops and offices, since it’s valued at just £1.7million.

Elsewhere, Directa Plus soared 49 per cent to 142p after new research validated the fire-retardant properties of its G+ graphene additive. It was tested on polymeric foams, which are found in many applications from roof insulation to furniture.

In the hospitality sector, Tasty and Nightcap climbed 49 per cent and 28 per cent to 5p and 28p respectively. But both issued statements saying they didn’t know why their shares had moved.

Franco Manca owner Fulham Shore surged 31 per cent to 13p after unveiling plans for new openings in the summer, although revenues are currently running at around 46 per cent of normal trading levels due to restrictions. 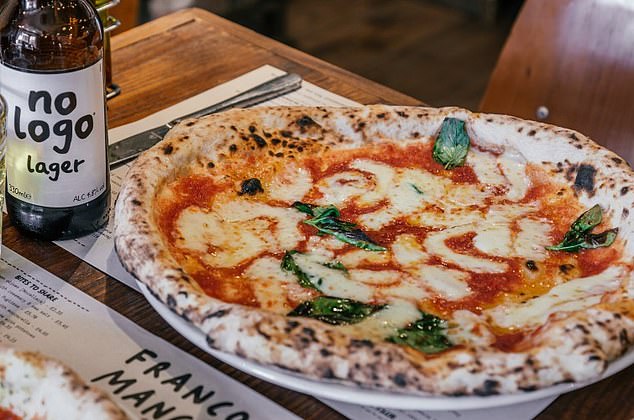 Among the fallers, Bahamas Petroleum plunged 73 per cent to 0.5p after its exploration well offshore the Caribbean country found hydrocarbons but not in commercial volumes.

Miner AEX Gold lost 46 per cent of its shine to 29p after delaying the key Nalunaq project in Greenland because the local government has implemented a travel ban.

Travel group Jet2 slipped 19 per cent to 1,202p after raising £422million by placing 35million shares, or 20 per cent of its issued share capital, at a 9 per cent discount. The cash will replenish the coffers as it waits for the international travel sector to return to business as usual.