I was watching the second series of Industry, the BBC’s drama about young people working in the pressure cooker environment of the City – mainly to see whether this fictionalised account of goings on in the Square Mile gelled with reality (it doesn’t).

Still, it is an entertaining romp, which made me chuckle when Harper, one of the main characters, is chastised by Eric, her boss, for using the term ‘canary in the coal mine’.

Expletives deleted, here’s Eric’s retort (and I paraphrase): ‘Please. That’s a poncy term used only by financial journalists. Nobody in our line of business would be so gauche.’

Well, I get a dispensation as I am (nominally) a financial journalist.

Watkin Jones , which builds property for the student and buy-to-rent sectors, warned on profit

And when I saw Tuesday’s trading update from Watkin Jones, which builds property for the student and buy-to-rent sectors, I wondered whether it was a forward indicator of what’s to come – not just for the builders, but the wider, overleveraged UK property sector.

If this is the case, then Watkin Jones is the classic ‘canary in the coal mine’.

WJ was one of AIM’s leading losers this week as its shares plunged by more than a third after sounding the earnings alarm, blaming softer profit margins and a volatile market backdrop. Analysts immediately slashed their forecasts.

With net cash of £75million, or around 30p a share (while its current market price is near 94p), it has the financial wherewithal to weather the impending storm.

There was bad news too for PCF Group, which was down 44 per cent this week after saying it was looking to raise growth capital, while exploring ‘transactional options’ after a putative bidder walked away. It also said its banking operation would stop making new loans.

While it’s been a bumpy week on the markets, the direction of travel has been largely positive, particularly for the tech-led Nasdaq index in the US, which has recouped 2.85 per cent of its value over the last five trading days.

This positivity crossed the Atlantic to feed through to UK small-caps with the AIM All-Share up 1.2 per cent.

It’s been a great week if you are a recent investor in Trellus Health, whose shares shot up over 80 per cent in the wake of what was obviously seen as a reassuring update on progress contained within the interim results statement.

The company, which has developed a solution that helps people manage chronic health problems, talked at length about its accelerated commercial progress.

Probably a more anodyne explanation for the market reaction was the reduction of the company’s cash burn which should see the £21.5million it has in the bank last right out to 2025.

Look away now if you bought the shares at IPO in May 2021 for 40p – even after this week’s progress they are currently trading around 13p mark.

Joules, the bombed-out upmarket apparel group that was last week rebuffing rumours it was considering embarking on an insolvency procedure called a CVA, saw a Lazarus-like revival in the price of its stock, which jumped around 50 per cent.

A snuffle around the regulatory filings unearthed this truffle-like nugget – that a chap called Richard Teatum has emerged as the owner of an 8.9 per cent stake in the business.

Whether it is the same Richard Teatum – the entrepreneur and former mechanic who invested in listed car seller Vertu – hasn’t been confirmed, though it appears likely.

Still, it will be interesting to see how the Joules turnaround strategy plays out, and whether Mr Teatum recoups his investment. 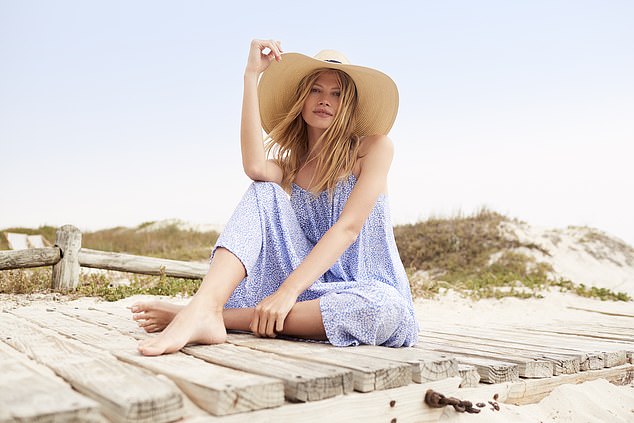 Stakes: Richard Teatum has emerged as the owner of an 8.9% stake in Joules

Sticking with the winners, Europa Metals, up 21 per cent, had a good week after it announced a £5.4million deal that would allow a Canadian mine developer to earn into its lead-zinc discovery in northern Spain.

Poolbeg Pharma, which is developing a new jab for severe flu, was up almost 30 per cent after updating on its patent estate and telling the market that its chief executive, Jeremy Skillington, had dipped into his own pocket to buy shares.

It’s likely to have been the latter action that put the boot up the stock. Investors view share purchases of this kind favourably as they are seen as aligning management and shareholders’ interests with the former viewed as having ‘skin in the game’.

Finally, there was a boost for investors in Seeing Machines, which is at the vanguard of eye-tracking technology.

It announced on Thursday it had teamed up with Magna International, the Canadian car parts manufacturer, to develop a rear-view mirror that can monitor what’s going on in the car – particularly the driver’s seat.

The deal brought with it £58million of additional investment, which, one City broker said, wiped out any lingering funding worries. The shares jumped 22 per cent.