Often the treatment of cancer is a high wire act for a physician, who has to administer the optimal dose to kill off the disease while ensuring the already sick patient doesn’t feel the full force of the toxic side-effects.

However, this precision approach comes with a massive challenge – and one that has largely stumped scientists for the last three decades.

‘There’s actually a lack of cancer-specific targets on the surface of a cancer cell. Those you do find you’d also see on a healthy cell,’ explains Tiffany Thorn, chief executive of BiVictriX.

‘So, whilst using antibodies to target cancer cells is a good idea in principle, we’ve not really been able to unlock the full potential of these selective therapeutics in a way we thought was possible 30 years ago, because there’s nothing selective on the cancer cells to actually target.’

Well, until now. Thorn is the inventor of an approach that leans heavily on her experience working in the NHS identifying cancer rather than treating it.

Spotting the signs of the disease meant looking for specific patterns on the surface of a cell (rather than a single cancer identifier); a fingerprint for cancer if you will.

Thorn and her team have taken the idea and exploited it for the first time in a therapeutic setting to generate Bi-Cygni treatments, which target the cancer with superior specificity, eradicating collateral damage.

The benefits, though yet to be fully proven at this early stage in process, should deliver what the experts call a ‘highly selective’ approach to tackling the illness.

What does that mean in practice? Well, all things being equal it should allow doctors to safely administer higher drug doses more effectively without the nasty, life-threatening side effects.

‘The novelty of the company is twofold,’ says Thorn.

‘The first thing is we’ve identified cancer-specific fingerprints that we have access to and nobody else is working on them.

‘So, they’re unique to the company. We can differentiate healthy from diseased cells.

‘The second thing is we develop drugs that only target those antigen fingerprints that we’ve identified.

‘And those drugs are different to anything else that’s currently in development because they only recognise these unique cancer cell fingerprints.’

The company’s first cab off the rank is a BVX001, which binds an existing antibody drug conjugate, or ADC, to the company’s ‘fingerprint’ technology to be selective for acute myeloid leukaemia (AML).

Thorn admits AML is a ‘crowded’ area for R&D, but one that has yielded precious few breakthroughs for an illness with an extremely poor prognosis (the five-year survival rate in over-65s is 5 per cent). The issue, as expounded at length above, is toxicity.

‘It’s a bold start,’ Thorn says of the decision to develop a new treatment option for AML.

‘But, if we can show that we can develop one of these therapeutics that is more selective in this disease indication, it shows the industry that actually there’s a real benefit of this approach; because we will have gone for one of the hardest-to-treat cancers.’ 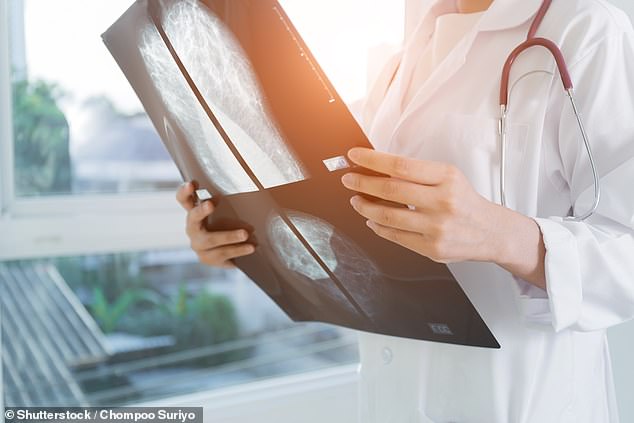 The big news recently has been the company’s stock market float (the shares currently are 23.5p) a process that has brought in a net £6.7million of new funds, which equates to a cash runway of two years.

A good chunk of that new money will be put to work developing BVX001, which is likely to make it into the clinic within the next few years. It will also be deployed to expand the early-stage pipeline, and invested in patent protection of that pipeline.

Thorn, who at 33 must be one of the market’s youngest chief executives, is supported by a highly experience boardroom team.

BiVictriX is chaired by Iain Ross, a veteran of the sector, who is supported by Professor Bob Hawkins, Susan Lowther and Drummond Paris.

They bring with them public markets know-how, technical expertise, financial knowledge and a deep understand of the ecosystem in which BiVictriX operates. ‘I’m confident we will work well going forward,’ says Thorn.

Looking ahead, the company will be making ‘some key announcements’ around new additions to the pipeline including an application for solid tumours.

‘We’ll also be filing a number of patents on both the lead molecule, and the pipeline as well,’ adds Thorn.

Crucially, BiVictriX will be looking to produce data that shows the clear benefits of its technology versus an already established ADC drug on the market for AML.

‘We are hoping to show that our drug outperforms both on safety and efficacy,’ Thorn says.

This would then provide the support to take the discovery into clinical trials. After that it’s the arduous process of testing BVX001 in humans. That said, success could transform the landscape for cancer treatment, making life easier for patient and doctor alike.