At the beginning of this month, Mila Resources initiated a 13,500 metre drill campaign on its ground in the Kathleen Valley in Western Australia.

The idea is to build upon an initial, small-scale resource that’s already been established and to move the project on to bigger and better things.

The company is certainly in the right place to do that. ‘We’re in a world class gold mining area,’ says chief technical officer Neil Hutchison.

The initial exploration target that Mila is putting on its Kathleen Valley ground of between 145,000 and 250,000 ounces of gold, up significantly from the already delineated 21,000 ounces.

The planned boost to the resource will have a double significance.

What may turn out to be of even greater importance, though, is it’s along strike from the flagship development project of Bellevue Gold Ltd, and right next to Bellevue’s Government Well project.

The discovery of high-grade gold at these projects made Bellevue into a billion dollar company, and Mila is right next door to it.

The original vendors of the ground to Mila recognised exactly what land could and should be pegged, and what should be left alone – and a close look at the Mila claims map will show a zig-zag shape on the eastern border, which allows plenty of room for local aboriginal sites to be left in peace.

Neil Hutchison is right across all this.

Not only is he plugged into the district from way back, having worked next door at the Cosmos project, but he’s also extremely well connected in the local community. This has major benefits when working with the traditional owners and close to heritage areas outside of the tenement area. 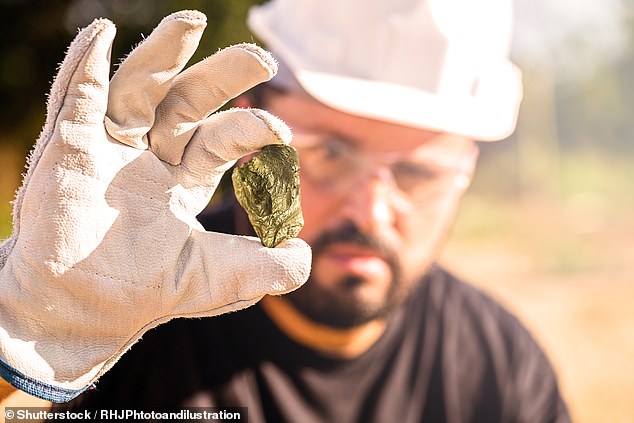 At some point, Bellevue will start thinking about the size of the open pit it’s going to want to construct at Government Well, and that’s when it may become clear that Mila’s ground will be a necessary part of the surface expression.

Time will tell. For now, Mila is going to focus on the value of its Kathleen Valley gold for itself.

The results of drilling conducted in 2019 and 2020 by the vendors of the Kathleen Valley property have allowed for the modelling of the JORC exploration target.

Three phases of further drilling are now planned and budgeted for, designed to expand the mineralisation northward, deeper and along strike.

‘We’re not taking the risk of stepping out too far, though,’ says Hutchison.

‘The main thing for us is to increase the grade as we go deeper. We can see the shear zones and the sulphides. It’s quite predictable.’

And in that regard, he also cites the Bellevue project next door, which has a global resource of three million ounces at 9.9 grams per tonne gold.

Mila’s project has returned up to 14 grams per tonne gold among its deeper intercepts, demonstrating its potential to host high-grade gold mineralisation.

‘We have 11,000 metres of drilling to complete,’ says Hutchison.

‘And we’ve also budgeted for 2,400 metres on another prospect on the same tenement, where hopefully we can find another deposit.’

But it’s the existing discovery that will remain the focus for the time being, as Mila sets itself up as a ‘post-discovery project accelerator.’

At the moment, the plan isn’t to go into production.

Why? Because if Bellevue isn’t ultimately interested in Mila’s Kathleen Valley property, there are at least five other companies in the area who might be.

Watch this one go.