What’s close to home, but also a good way to play the emerging opportunities in the green economy? Savannah Resources provides one possible answer.

It’s been involved in the lithium space for some time now and is beginning to build up considerable expertise and know-how.

One of the major highlights in the portfolio has long been the Mina do Barroso lithium project in Portugal.

This project has several things going for it, not the least of which is that it’s a long way down the track towards a development decision.

Back in 2018 a scoping study gave the first indications of how economically robust it might eventually be.

The study highlighted that for a capital expenditure of just $109million Savannah could build a mine likely to deliver an internal rate of return of over 46 per cent and with a net present value of over $240million.

Several things have changed since then, of course, most notably the dip and subsequent significant recovery in the lithium price.

Lithium prices in China are now hovering at an 18-month high and have made up most of the ground lost since 2018.

As Western Europe’s most significant lithium spodumene project, Mina do Barroso has thus returned to the spotlight in a major way.

And with the price on the move, consumers are understandably anxious to lock up supply.

One such, local Portuguese group Galp, has just signed heads of terms for an off-take agreement with Savannah for half of all future-planned lithium production, and looks likely to pump more than $6million of new money into Savannah’s Portuguese subsidiary as part of the deal.

The money will go towards the completion of a definitive feasibility study for Mina do Barroso, which is already well advanced.

That study, which ought to make considerable improvements on the one from 2018, will herald the moment when the decision regarding development finally arrives.

There is, to be sure, that matter of the $109million, or whatever updated number the definitive study provides. But that ought not to be too much of a challenge.

On the scale of global mining projects, such a price tag is towards the lower end for construction, and given the support of Galp, which comes to the table not only with an intent to buy, but also with hard cash down, there’s clearly every expectation that the project will get built.

‘Galp,’ says Savannah’s chief executive David Archer, ‘are one of the leading European companies in the energy and renewables space.’

And he hints that their involvement in the project might become deeper still, once the two sides get to know each other. 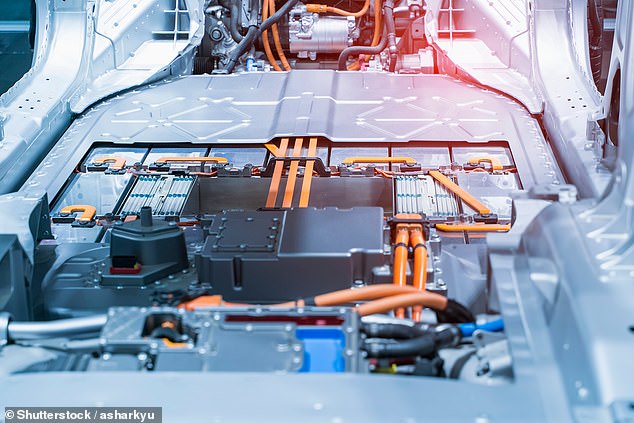 Under the current proposals, a senior Galp figure will go onto the board of Savannah’s Portuguese subsidiary with the aim of providing expertise and know-how when it comes to development.

‘Galp has a wealth of experience in developing large scale projects such as this,’ says Archer. ‘Their knowledge and experience will be invaluable to Savannah as we further progress the project forward in a responsible and sustainable way into development.’

Will Galp provide additional funding when the time comes? Who knows, but the company is worth over $7billion on the Euronext exchange, so it oughtn’t to be a problem if it so chooses.

Meanwhile, not content with the prospect of developing one of Europe’s most viable lithium projects, Savannah is also moving forward with its other major asset, the Mutamba mineral sands project in Mozambique.

Mining concessions were awarded at the beginning of last year, and a pre-feasibility study is now in the works.

Whether Savannah will hold onto this asset into the long-term future remains an open question, though.

Towards the end of last year, the company appointed a consultant to examine all strategic options for the project.

Given that a sizeable asset in Oman was also sold in 2020, it seems a precedent might have been set.

Certainly, if Savannah were to emerge as a one-asset lithium development company it would streamline the investment case and position the company four-square at the centre of the ongoing green revolution.

But David Archer is a canny operator. He’s been in the business for a long time.

So don’t expect him to negotiate anything but the best exit from Mutamba, if it finally comes to that.

One way or another, at 5.05p and valued at £72million, this is a company worth watching.