Smart motorways could be rendered obsolete within a decade as they are not suitable for electric cars, it was claimed yesterday.

AA boss Edmund King warned the routes would be even more dangerous because it would not be possible to tow the stranded vehicles to safety.

He said driverless cars could also run into problems on smart motorways, where the hard shoulder is used as a regular traffic lane to ease congestion.

This eight mile section of the M4 is one of the locations planners want to turn into a Smart Motorway. Smart motorways could be rendered obsolete within a decade as they are not suitable for electric cars, according to AA boss Edmund King

Developers recommend if a motorist falls asleep in an autonomous vehicle then it should pull over in a safe place – but this may prove impossible with no hard shoulder.

Mr King said: ‘In their current guise, smart motorways could be obsolete within ten years due to the lack of emergency refuge areas. 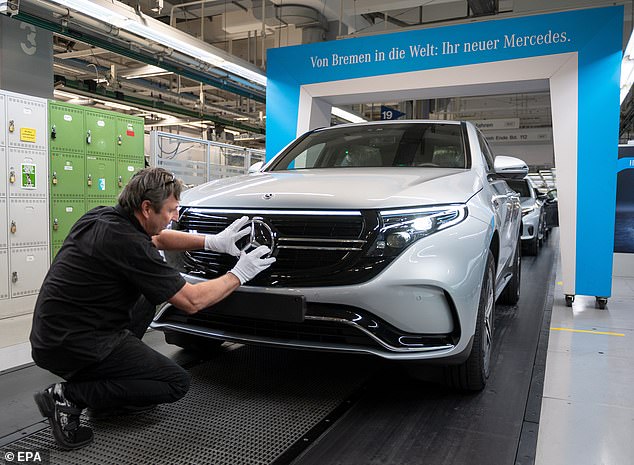 The precautions for breaking down on a smart motorway

Smart motorways are so dangerous that drivers must call 999 if they break down on them, a police leader warned yesterday.

Che Donald, vice-chairman of the Police Federation, said even a tyre puncture could be a life-or-death emergency.

He said: ‘It is inherently dangerous, our members are responding to these breakdowns. We know Highways England has a duty to assist, but I think their primary focus is more about the flow of traffic than the safety of people using those roads.’

AA boss Edmund King underlined the breakdown advice, adding: ‘If you can’t get out, keep your seatbelt on, put your hazards on and dial 999. That’s how serious it is.’ It came hours after John Apter, boss of the federation which represents rank and file officers, warned the roads were ‘death traps’. A total of 38 people have been killed in five years.

Mr King also said smart motorways – where the hard shoulder is used as a regular traffic lane to ease congestion – could be obsolete within a decade as they are not suitable for electric cars. He warned: ‘You can’t flat tow some electric vehicles more than 800 metres, some you can’t flat tow at all. So the problem is they will take longer to get off the motorways.’

‘So the problem is they will take longer to get off the motorways.’ He spoke out as transport chiefs unveiled proposals to turn parts of the M4 and M5 into nearly 30 miles of smart motorways. 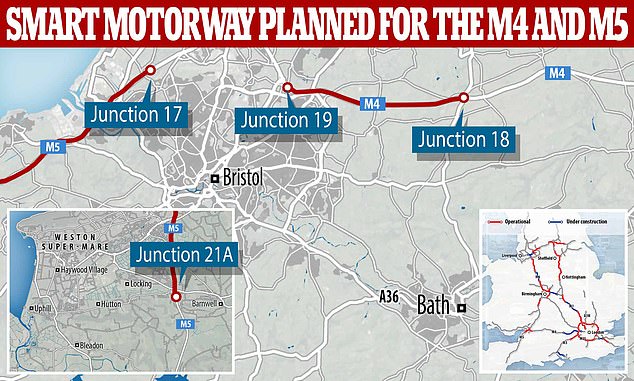 Where are Britain’s ‘smart’ motorways?

Smart motorways’ are supposed to ease congestion by allowing cars to drive on the hard shoulder at least some of the time, with traffic being monitored via cameras and ‘active’ speed signs.

There are currently more than 20 sections of ‘smart motorway’ on seven different motorways, including on sections of the M25 and the M6

Data has showed that 72,348 people were fined on motorways with variable speed limits last year. This was almost double the number a year earlier and a tenfold rise in five years.

Highways England’s advice on driving on smart motorways includes a list of recommendations: