NASA has announced a new round of funding for 18 futuristic projects that could help propel humans further into our solar system and beyond.

Many of the ideas ‘sound like the stuff of science fiction,’ the agency acknowledged, but they’re not too crazy to one day become a reality.

Among those that received funding are micro-probes that take after spiders to safely fly through the air, as well as a futuristic ‘smart suit’ with self-healing skin to protect astronauts.

Among those that were funded are micro-probes that take after spiders to safely fly through the air, as well as a futuristic ‘smart suit’ with self-healing skin to protect astronauts (pictured)

The cutting edge technologies are part of NASA’s Innovative Advanced Concepts (NIAC) Program, which awards applicants up to $500,000 to develop their ideas.

If these Phase I ideas prove feasible, they’ll move onto Phase II, of which NASA has already selected six ideas that qualify at this level.

Each of the six Phase II ideas are eligible to receive $500,000 over two years.

Then, this summer, NASA will select one project for Phase III research and they’ll be awarded $2 million.

‘The funded technologies have the potential to transform human and robotic exploration of other words, including the Moon and Mars,’ NASA said in a statement. 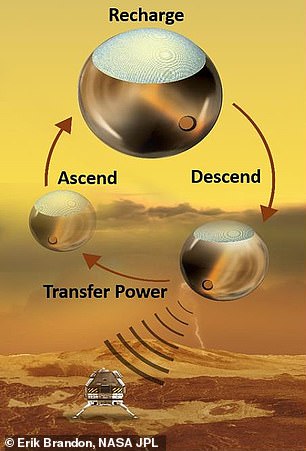 If all goes well, the technologies being developed will most certainly go to good use.

For example, U.S. aerospace firm TransAstra is working on a ‘lunar-propellant mining outpost’ that would be able to harness solar power at higher altitudes that can then be beamed down to spacecrafts on the Moon’s surface.

Technology such as this could be put to work once NASA moves forward with its plans to send astronauts to land on the Moon’s south pole in 2024.

‘We look to America’s innovators to help us push the boundaries of space exploration with new technology.’

One of the more innovative proposals is a ‘SmartSuit’ that would feature a more robust barrier between astronauts and the red planet. 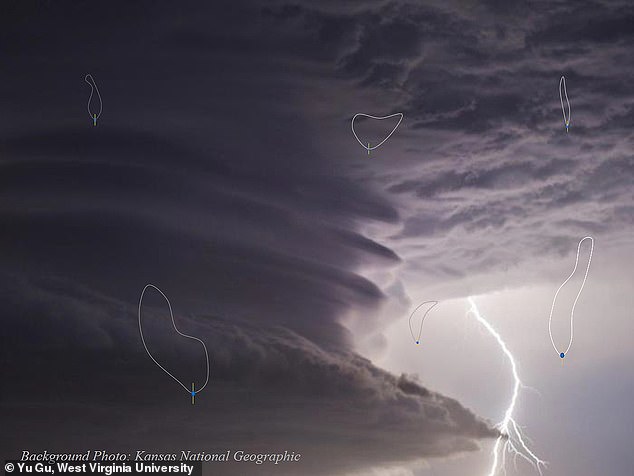 Pictured is a rendering of the micro-probes being developed by researchers at West Virginia University. They take after spiders’ ‘ballooning’ capabilities to safely fly through the air 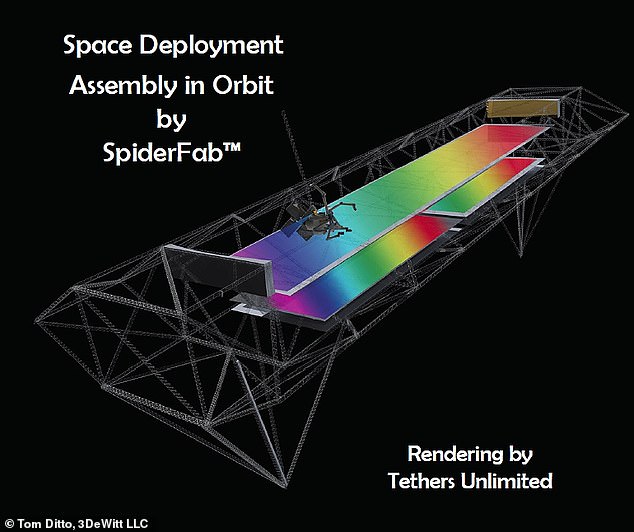 Pictured is the ‘High Etendue Multiple Object Spectrographic Telescope.’ It’s a flexible optical telescope that’s deployed as a cylindrical roll, then installed in space on a 3D-printed base

The suit, proposed by researchers from Texas A&M University, utilizes soft-robotics technology to let astronauts be ‘highly mobile and better interact with their surroundings.’

Self-healing skin would be built into the suit’s outer layer to protect the astronaut.

Additionally, transparent sensors are embedded in the outer layer that could visually display crucial information about the environment and the suit itself.

‘We expect the proposed spacesuit technology to also reduce the numerous spacesuit-fit injuries and discomfort experienced by present astronauts due to the current highly pressurized spacesuits with no robotic assistance,’ the proposal states.

WHAT PROJECTS WERE AWARDED FUNDING?

Researchers from West Virginia University will work to develop micro-probes that take after some spiders’ ability to ‘balloon’ through the air, i.e. shoot out silk to catch a wind current.

The proposal describes sending thousands of tiny micro-probes into a planet’s atmosphere, each weighing about 50mg, with a small payload dangling from the craft by a 200-meter-long string, which functions like spider silk, picking up the air’s current.

It’ll likely be some time before we see most of these projects come to life, however, as NASA said many of them are still in the early stages of development and could take up to a decade before they’re ready to launch.