One of Meghan Markle’s models has revealed how the ‘wonderful’ hands-on Duchess of Sussex was involved with every element of the Smart Works photo shoot, from ‘welcoming’ the models to ‘styling’ the outfits.

Kate-Lilly de Graft-Johnson, 33, from London, called her experience of working with Meghan, 38, ‘phenomenal’, telling People magazine the Duchess was ‘wonderful the whole day.’

Kate-Lilly was one of three women helped by Smart Works who landed the opportunity to model Meghan’s capsule collection ‘Smart Set’ for the charity.

The model, who was seen dabbing her eyes with a tissue while shooting the collection in August, said: ‘Meghan was styling us. She was welcoming us. She was putting us at ease. It was phenomenal.’

Kate-Lilly de Graft-Johnson, 33, from London, said the Duchess of Sussex, 38, had been hands-on during the photoshoot for her Smart Works charity collection, ‘putting everyone at ease’ and ‘styling’ the models 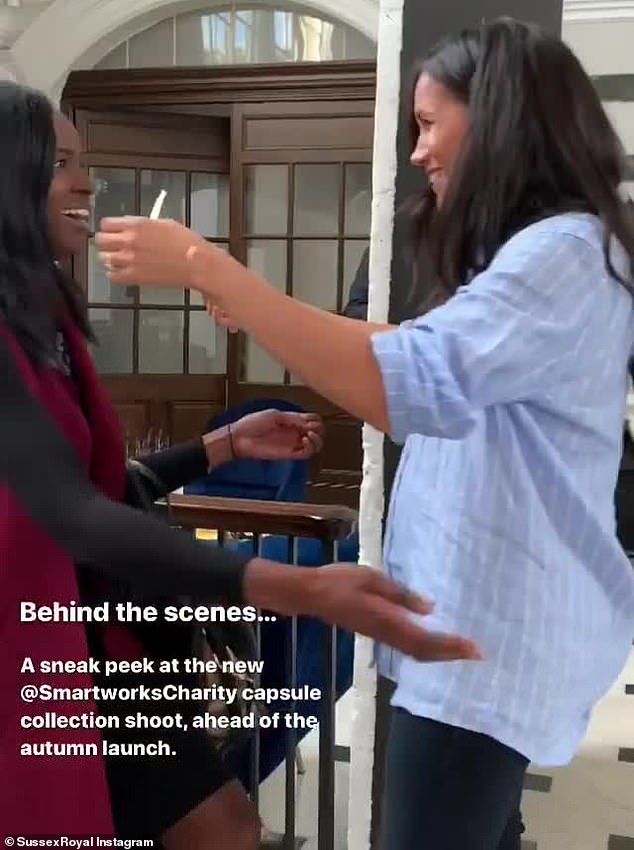 The model said she’d been blown away by the experience of working with Meghan Markle, calling the royal ‘wonderful’

Kate-Lilly landed the modelling job after she was helped through the interview and job-seeking process by the charity.

She was one of three models who shot Meghan’s outfits, which have been created in aid of Smart Works, a charity which provides training and interview clothes to unemployed women in need, and has Meghan as its royal patron.

The photo shoot took place in August, with the models seemingly stunned to see that Meghan was in attendance.

In a clip from the shoot that was released on the @SussexRoyal Instagram account in August, a clearly-shocked Kate-Lilly was seen greeting the Duchess, before the two women embraced in a warm hug. 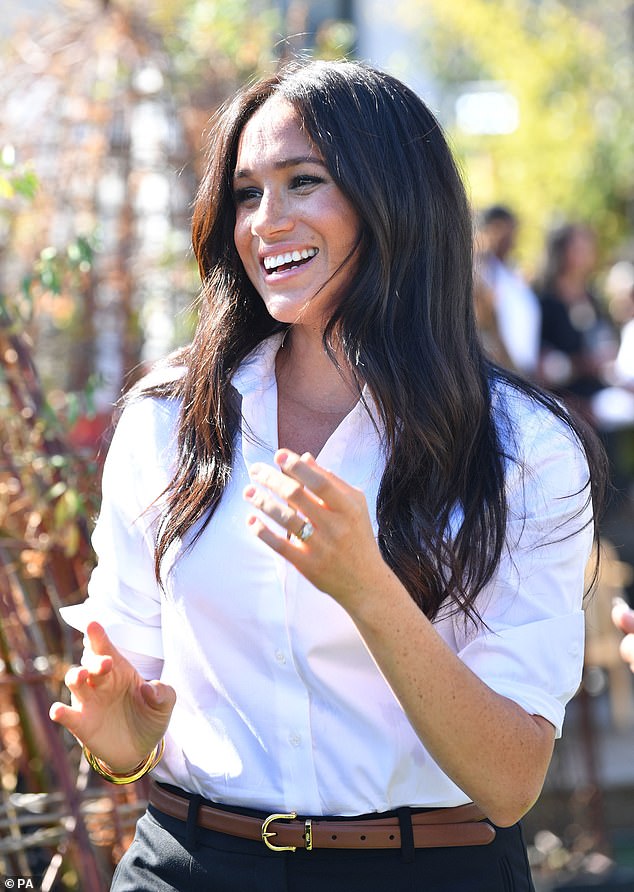 The Duchess launched her Smart Set capsule collection in aid of Smart Works, , a charity which provides training and interview clothes to unemployed women in need, last Thursday 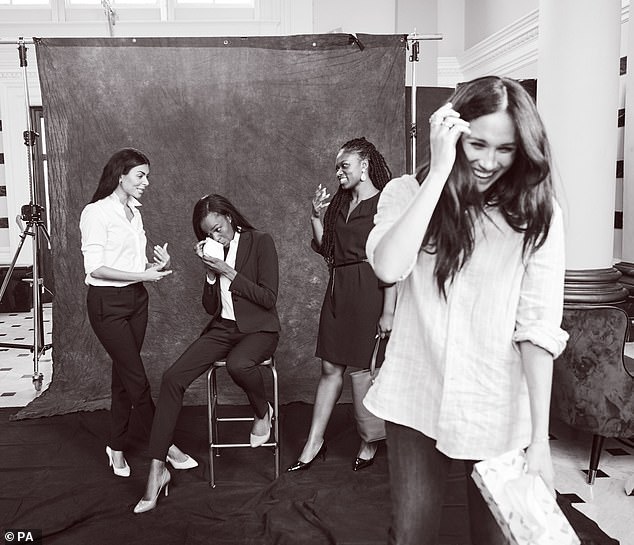 Kate-Lilly was one of three women selected to model Meghan’s capsule collection, and was seen dabbing her eyes during the photoshoot

Kate-Lilly said she was left stunned by Meghan’s appearance at the photoshoot for the collection, saying: ‘She said hi and hugged us and I was like, ‘Oh my gosh!”

She went on to say that the three models had stayed in touch after taking part in the day, saying: ‘Smart Works is literally a community – it has brought us together. We even have a little Whatsapp group. The ladies are constantly in touch.’

The royal announced the project during her guest editorship of British Vogue, and writing in the fashion bible she said: ‘The reason I was drawn to Smart Works is that it re-frames the idea of charity as community, which, for me, is incredibly important: it’s a network of women supporting and empowering other women in their professional pursuits.’ 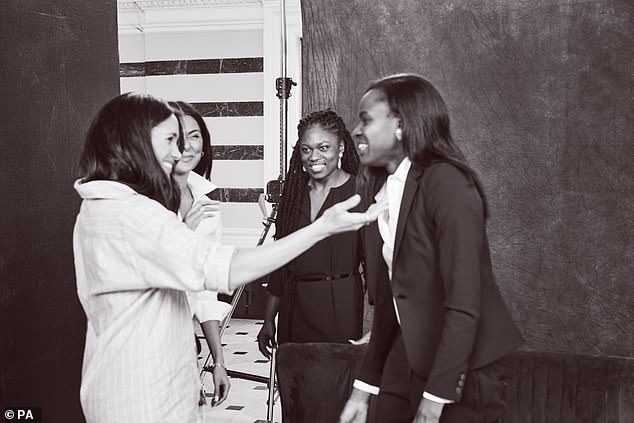 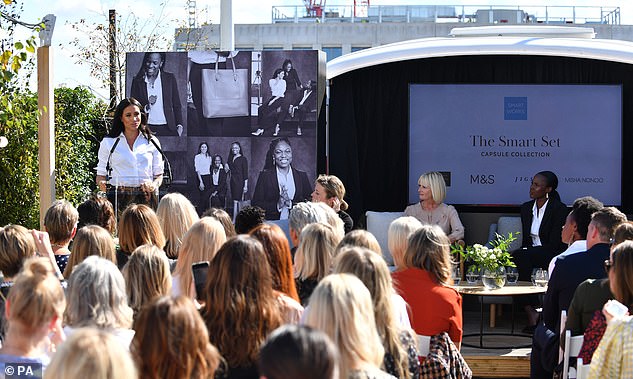 Meghan launched the Smart Set last Thursday in aid of Smart Works, of which she is a royal patron

Meghan privately visited Smart Works several times before being named as its royal patron in January and has a long-standing commitment to supporting women’s empowerment.

Kate-Lilly suggested the experience had been a ‘dream come true’ for her, adding that Smart Works helped with ‘ticking off dreams’.

Smart Works has helped more than 11,000 women and aims to dress 3,500 this year across their two London offices, and additional bases in Edinburgh, Manchester, Reading, Birmingham and Newcastle.

It has a team of 300 trained volunteers and helps long-term unemployed and vulnerable women regain the skills, confidence and tools to succeed at job interviews, return to employment and transform their lives.