A Brazilian third division match had to be stopped for seven minutes due to heavy smoke caused by wildfire near the stadium in Rio Branco.

The match between Atletico Acreano and Luverdense was interrupted in just the sixth minute with visibility increasingly curtailed.

In the video the wildfire can be seen in the distance from the stadium as the players leave the pitch.

According to the club’s performance analyst, Ivan Mazzula, the game had a 15-minute delayed start because of the lack of an ambulance.

He couldn’t determine the cause of the wildfire, as there was no signs of fire or smoke coming from the training camp attached to the stadium before the game started.

Atletico Acreano went on to win the match 3-2.

This latest incident comes with Brazil’s Amazon rainforest in flames after a series of devastating wildfires.

Satellite data has recorded more than 41,000 fires in the Amazon region so far this year, more than half of which have come this month. 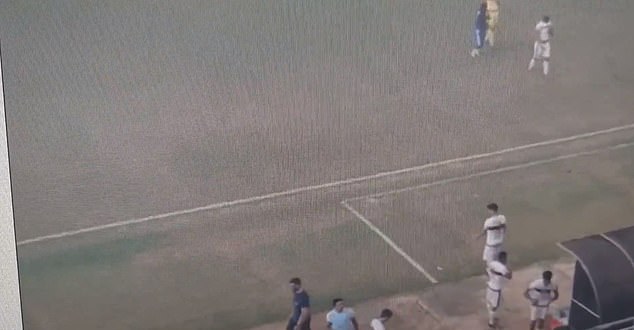