The truth about what’s hiding in your roof: Snake catcher holds 30 skins after they were removed from a home

A family were left stunned after more than 50 snake skins were found inside their roof.

A snake catcher was called to the home in Rocksberg near Queensland’s sunshine coast on Tuesday to remove 30 skins that had been shed by carpet pythons and common tree snakes.

The expert from the Sunshine Coast Snake Catchers group revealed there was still another 20 skins left upstairs in the roof.

More than 50 snake skins were found inside a home’s roof in Rocksberg, Queensland on Tuesday

Fellow snake catcher Stuart McKenzie told Daily Mail Australia it was actually quite common for snake skins to be found in people’s roofs.

‘Snakes spend a lot of time in roof spaces because there’s lots of food up there like rodents,’ he said.

‘It’s rare you’d get a brown snake or red belly in your roof.’

Mr McKenzie said his colleague Dave who had been called to the home was in awe of how many skins had been left behind.

He said they were able to tell which kind of snakes had been slithering through the roof – which were luckily non-venomous. 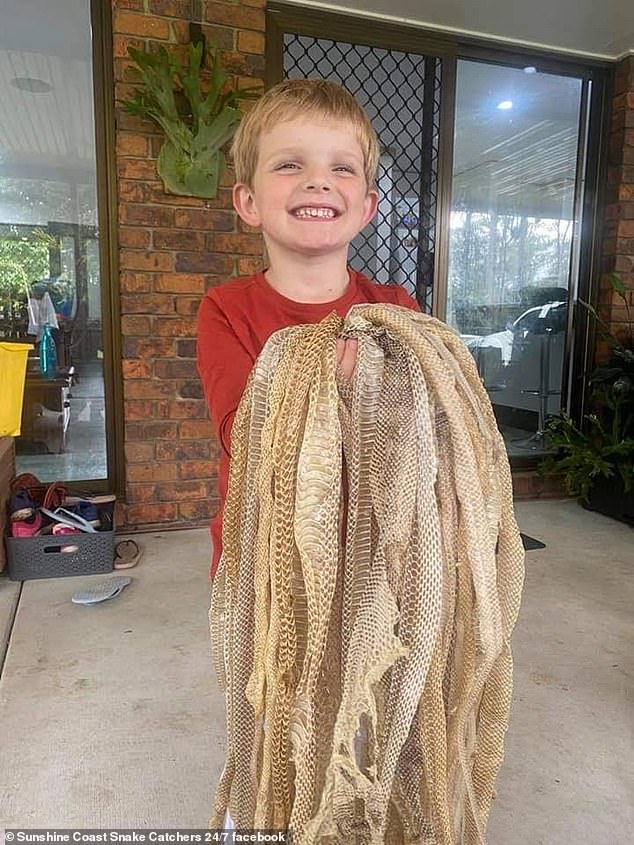 ‘Dave has seen plenty of skins left in people’s roofs before but nothing like this,’ he said.

‘I actually saw well over 100 snake skins at a house once.’

The expert assured homeowners that harmless and non-venomous snakes such as pythons and tree snakes were actually beneficial because they can rid a house of rodents.

‘As long as they’re not making a ruckus, they’re usually pretty good,’ he said.

‘People shouldn’t be too nervous about skins in their roof but if they are concerned they can call their local snake catcher.’